Issue #1 of this new medieval fantasy/horror series, Medieval Spawn and Witchblade got things started off with a resounding bang by introducing us to a long dead king returned from the grave as the Hellspawn, as well as the fantastic and villainous witch that is sending her undead legions to wreak havoc on the world. Absent from issue #1, however, was the second of the titular names: Witchblade. #2 amends that by diving full-bore into the magic weapon as it seeks out its new host. And it’s all great stuff! 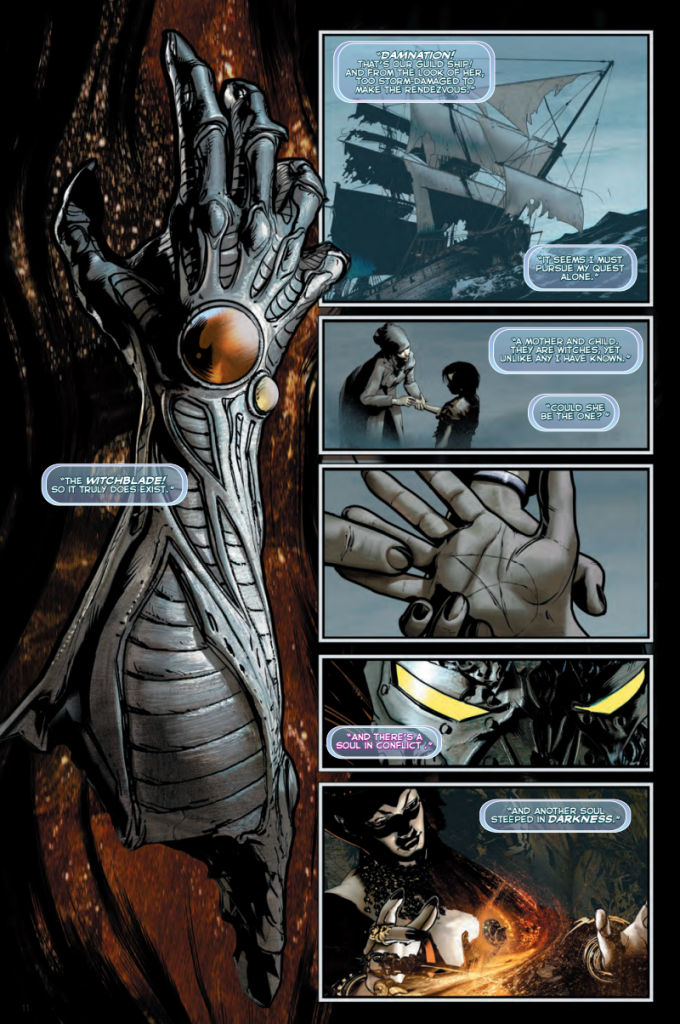 We get a good look at the start of the story at how the Witchblade was lost long ago and why no one has located it for so many years. Its new “chosen one” is introduced as a young girl named Starling who lives on her own and steals to feed herself and her companion, a small cardinal. Sort of like Aladdin, except…. not. She is sought out by a blind seeker named Sea Hawk who has unexpected powers and leads her (unwittingly) to the Witchblade. Together they fend off an attack from a sea monster sent by the witch and end the story with the fabled Witchblade in hand, ready to face down the evil permeating the world.

That is the main thrust of the second issue and while it may not sound like too much, similar to the first issue, this book is a fantastic fantasy thrill ride from top to bottom. There is an amazing amount of care put into this story from the writing to the art direction and beyond. The whole setup is thrillingly cinematic in its presentation. Like few comics before it, the panels flow one to the next with fluidity that draws the reader in and makes them feel as if they are watching the epic story play out on the big screen. The dialogue is on point, story beats are well spaced out, the villains are heinous, the heroes are engaging; basically, it’s everything you want from dark fantasy, and if you happen to be a fan of Spawn, so much the better. 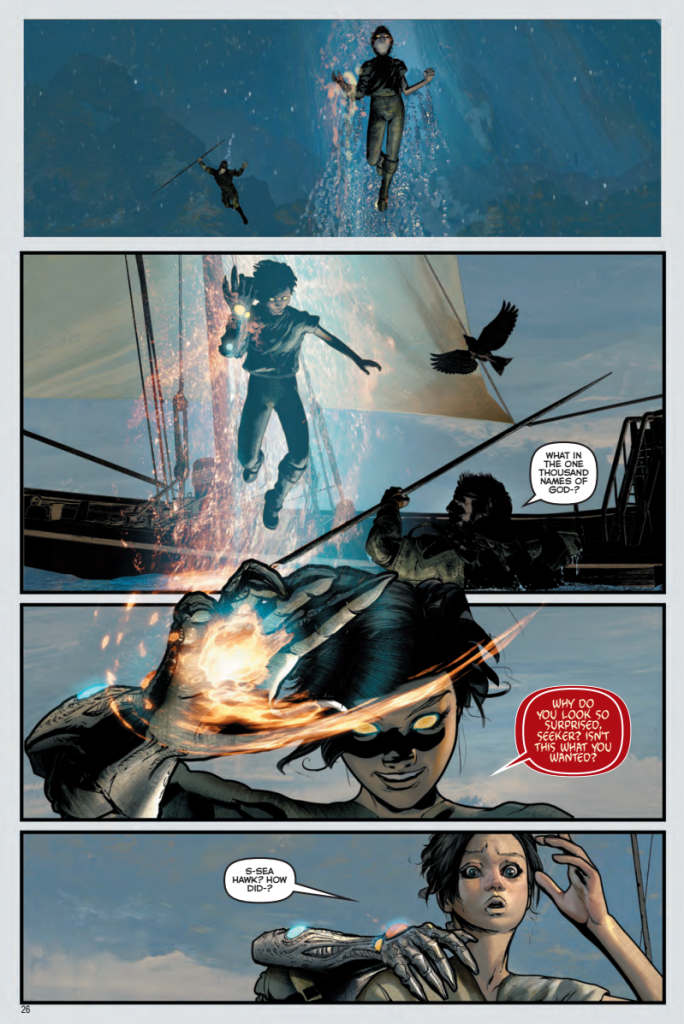 The most striking aspect of this book, however, may be the artwork. Brian Haberlin is creating a masterpiece for us with amazing art direction. Every panel is filled with stunning art work and I think that I would probably be willing to hang any particular panel up on my wall; it’s just that good. The backgrounds are stunning to look at and while the character models don’t always match the rest of the art perfectly, they are still done beautifully and look right at home on the page.

Brian Holguin and Brian Haberlin have crafted a stellar second issue in this four-issue series and the only negative I can think of is that it just isn’t quite as good as the first issue. The first issue focused on Spawn and his rescuing of his old kingdom. This issue, while wonderful in its own right, doesn’t quite hit those epic heights that were reached by the first. We get a small glimpse of Spawn on the last page, but I found myself wanting more. That can hardly be held against this issue though, as every one should be judged on its own merits. In that respect, this one passes with flying colors. Still though, its hard not to compare. 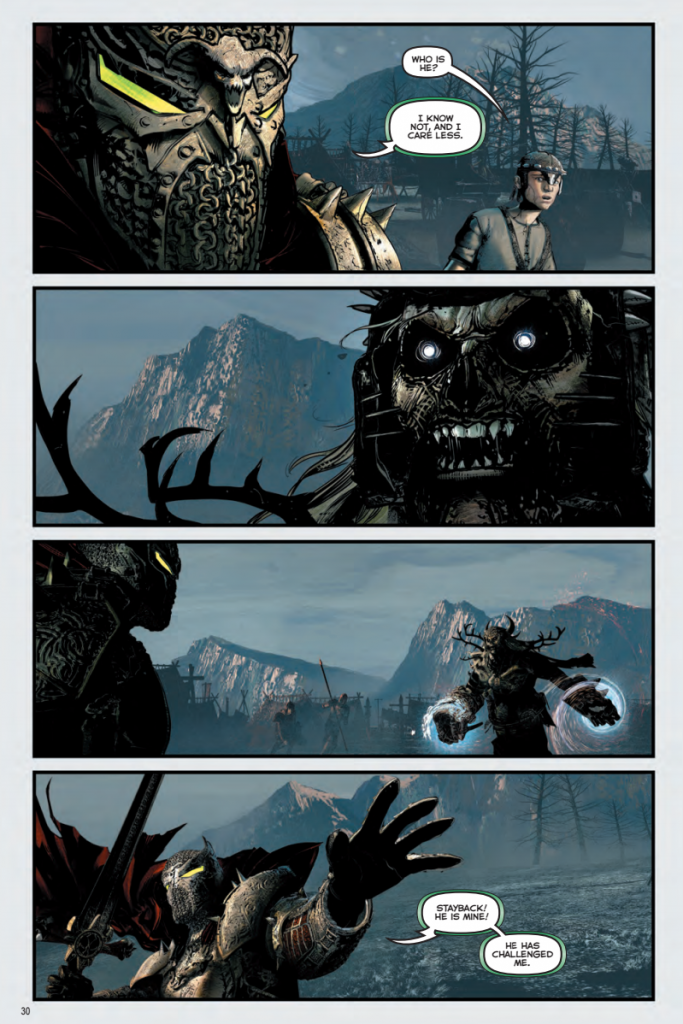 If you are a fan of Spawn, Witchblade, fantasy, or just good comics in general, you should get this book, as well as the rest. Holguin and Haberlin have something special on their hands and as a result, so do we. Issue #2 wasn’t quite as great as #1, but it’s still better than most of the other comic I’ve read over the past few months. Do yourself a favor: Seek this series out.