Marvel Comics just announced and launched a digital exclusive Cloak and Dagger comic book series written by Dennis Hopeless with art by David Messina. The series will run six issues and will be released on a monthly basis. The first issue is available today through the Marvel Comics App, ComiXology, or Kindle.

The story will see Tyrone Johnson aka Cloak and Tandy Bowen aka Dagger rely on each other as the living personifications of light and dark to help save innocent people on the streets of New York and around the world. The series will be in-continuity.

Hopeless described the series to Marvel.com:

“With CLOAK AND DAGGER, we’re telling the story from two very different perspectives at the same time. Tyrone and Tandy are fundamentally intertwined characters, but they see the world through different lenses. It’s been a lot of fun playing with that shifting perspective. We let the reader into each of their heads, sometimes even showing the same scene from two different angles. Just like in life, it’s the differences that propel the drama.”

“Here at Marvel we always try to strike that balance of respecting what the old fans love and the history of the comics versus bringing in the new readers. And the story Dennis has crafted along with his editor Devin Lewis, they’ve put together the perfect story that captures all the elements of the original characters from their past, but puts them in a new place that new readers who have never heard of Cloak and Dagger before maybe seen the show are interested could come back and understand their origin and their place in the Marvel Universe and where they stand as heroes in the greater scheme of things in the book.”

The first issue features a cover by Mahmud Asrar. 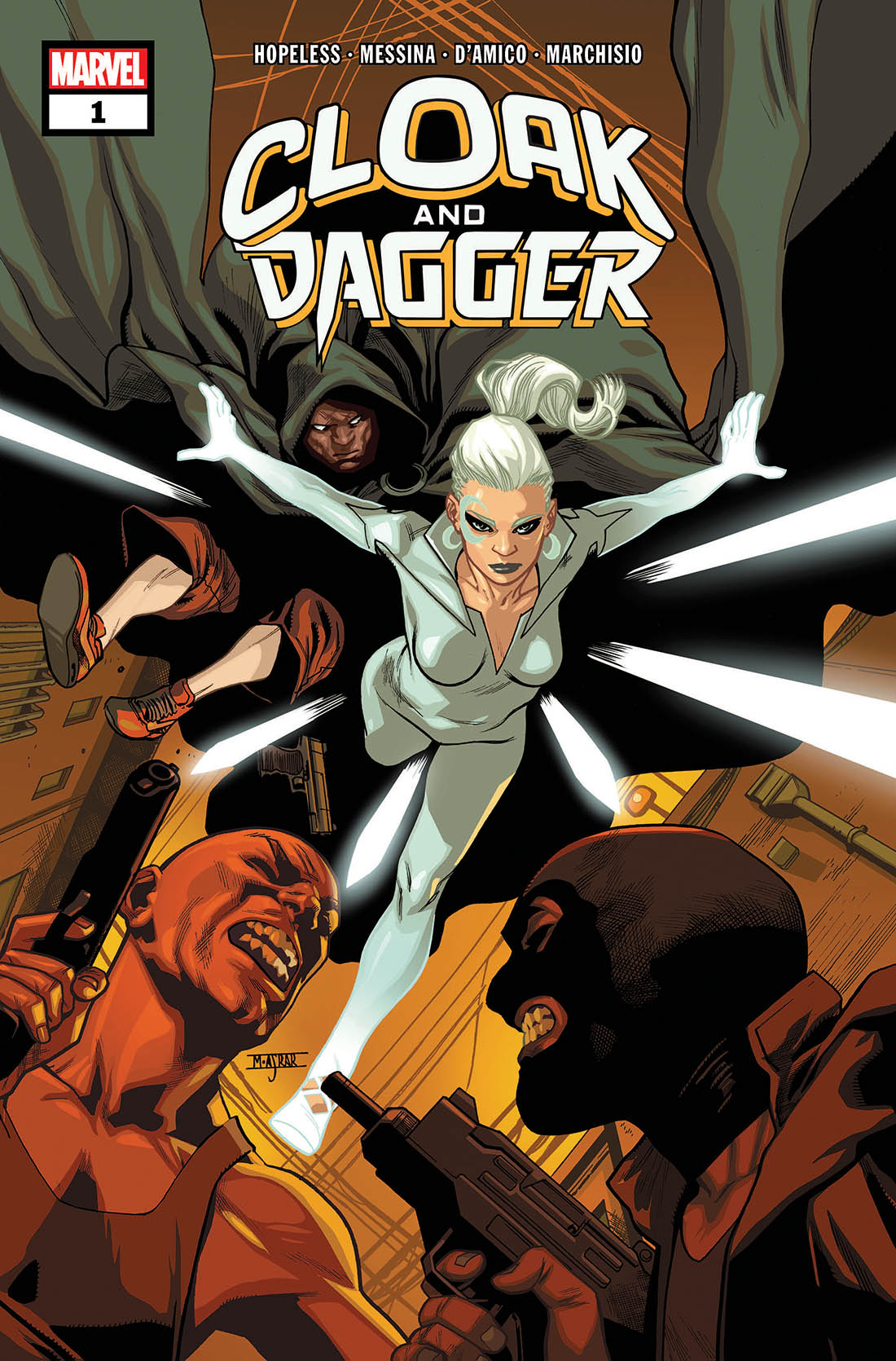