This new series will spin out of Marvel’s upcoming summer epic Infinity Wars and will feature a team of Angela, Valkyrie, Skurge the Executioner, Throg, Thunderstrike, and Destroyer.

Angela is not the not-so-beloved half sister of Thor. Valkyrie is the hotheaded goddess who shares a body with the human Annabelle Riggs. Skurge the Executioner has just returned from Hel. Throg is the mightiest frog of thunder. Thunderstrike is Kevin Masterson, a boy who took his father’s mace and became Thunderstrike. Finally, the Destroyer is the Asgardian armor built to take down Celestials, however its wielder is unknown. 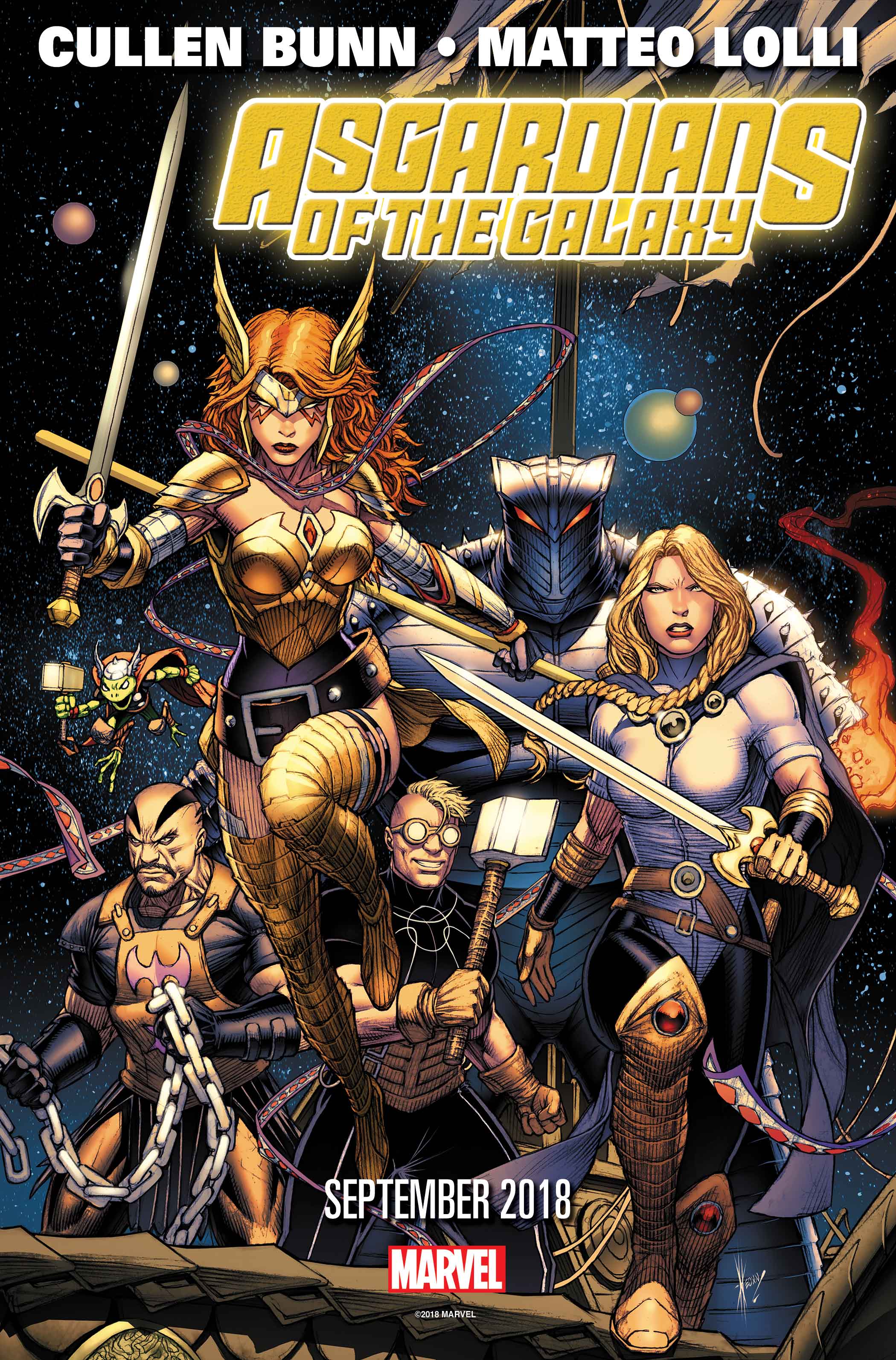 It’s got Cullen Bunn on it and the guy is an absolute workhorse in the comics industry right now. He’s a veteran on Marvel’s team book as he’s currently working on X-Men Blue. However, what excites me the most is that this could be a space western. Bunn’s work on Sixth Gun could potentially influence this series quite a bit and if it has a space western vibe to it, I’ll definitely be interested in seeing the story he’s telling.

The new series is expected to launch in September 2018.