**Warning Spoilers for Infinity Countdown #4 Below** 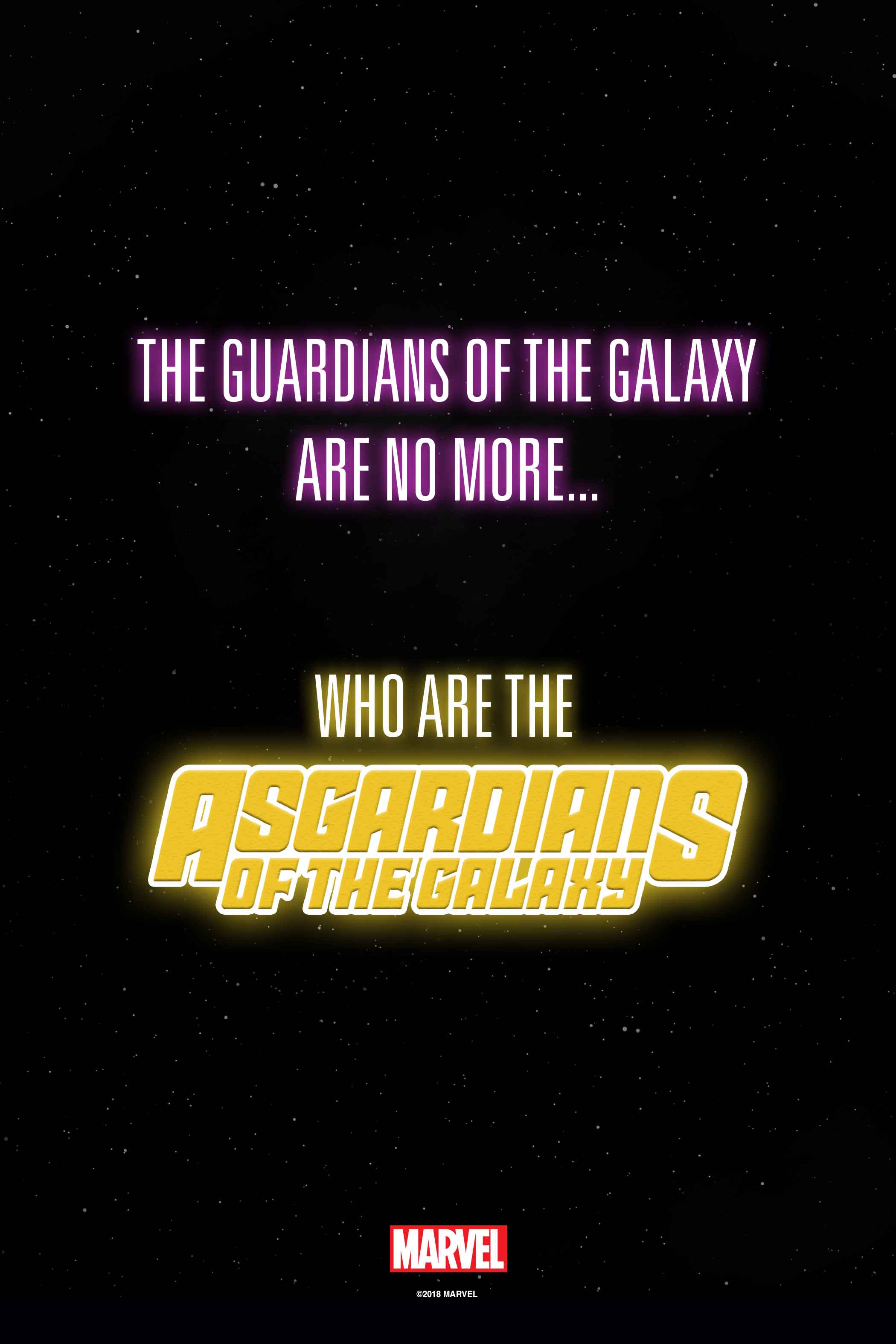 However, as The Guardians of the Galaxy try and figure out what to do next, the team begins to fracture. Nova announces his plans to leave the team and search for his brother who has become a Raptor. 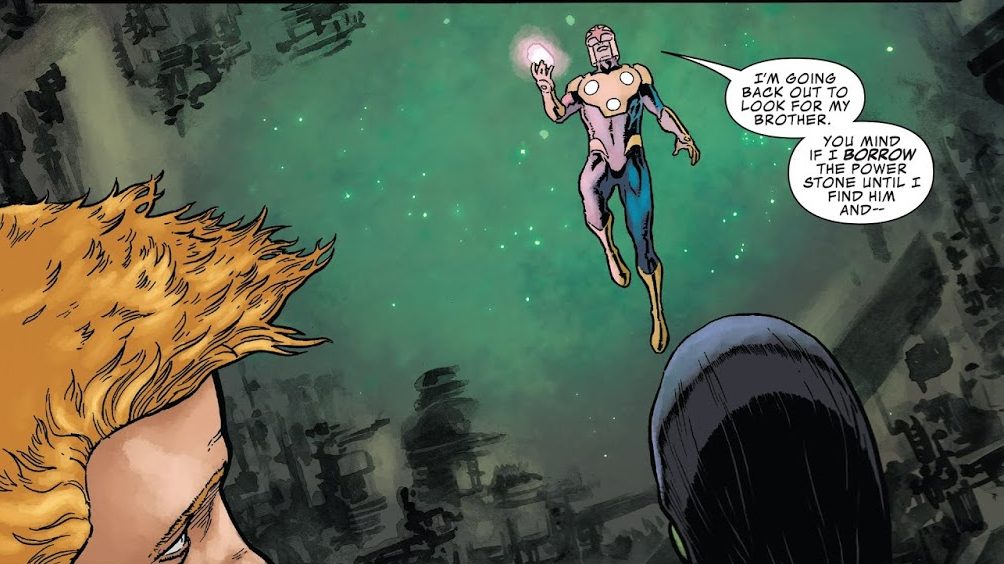 After Nova’s departure The Guardians begin butting heads with each other as well as the Nova Corps. The Nova Corps believes the Power Stone should be in their hands, while Gamora vehemently disagrees claiming the Nova Corps are filled with pirates, scoundrels, and louts. The disagreement escalates with guns and swords being drawn on each other.

That’s when Drax steps in with his saxophone and claims the Power Stone for himself. He then walks off with the Nova Corps and the rest of the Guardians just staring around dumbfounded. 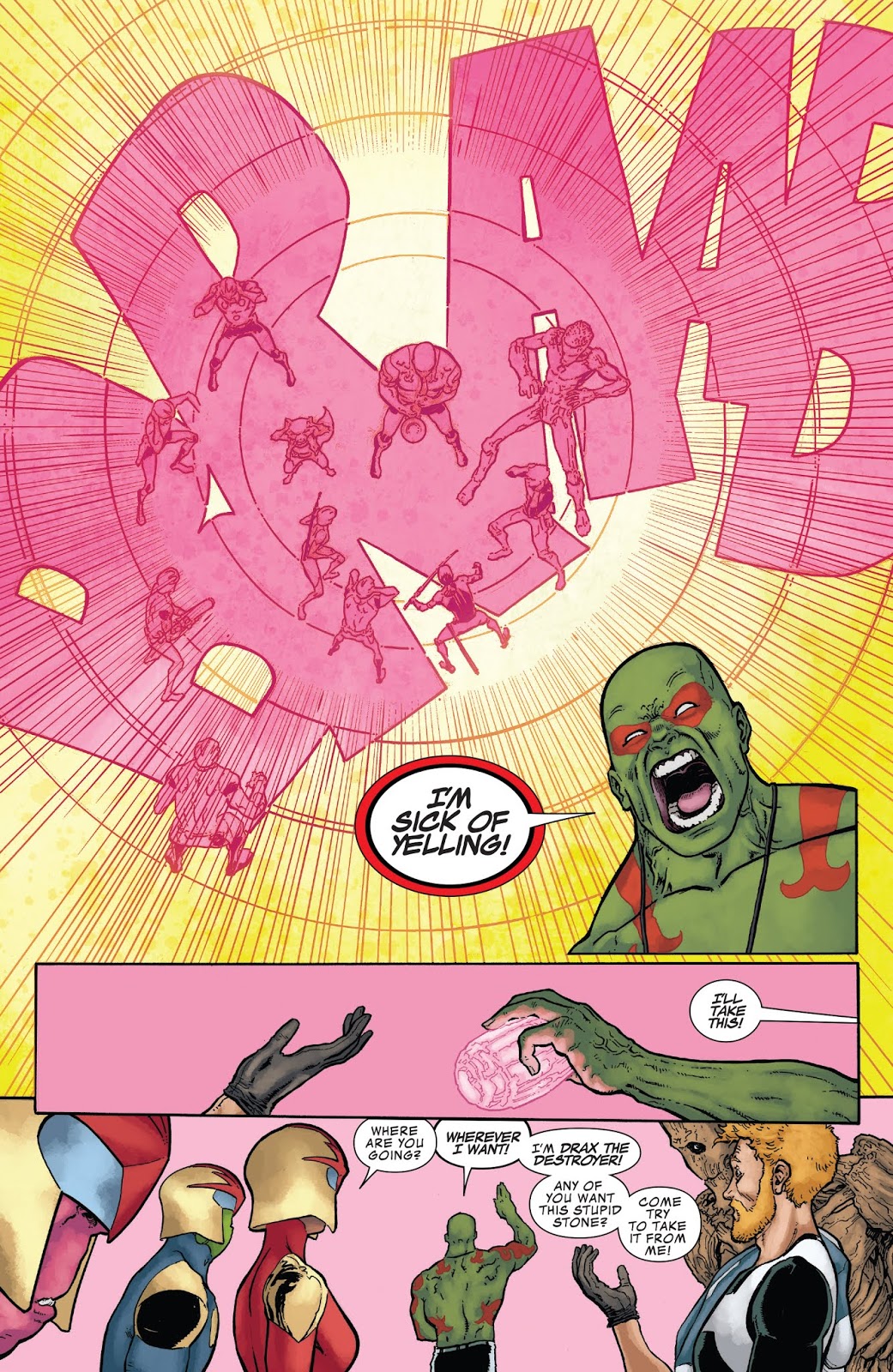 It looks like this might just be the beginning of the end for the Guardians of the Galaxy as the teaser image above hints at them completely ending.

As far as who could be on this new Asgardians of the Galaxy team, the most likely members could include Thor, Valkyrie, and Sif. However, I wouldn’t be surprised if we see Loki incorporated onto the team. He’s been a major background player for some of the big events happening in the Marvel Universe right now. I wouldn’t be surprised if he gets involved in creating a new team.

If you remember from Marvel Legacy #1, Loki actually says he’s out to save the world after he recruits a number of Frost Giants to procure the Space Stone for him.

Do you like the decision to get rid of the Guardians of the Galaxy? Who do you think will be on this new team?