Valiant Comics announced multiple new series that will take place in the wake of the current event comic Harbinger Wars 2. These new series will be apart of their “Valiant Beyond” initiative and will feature a number of their more prominent characters including Bloodshot, Livewire, and Faith.

Valiant Beyond will begin in September of 2018 and continue into 2019. They announced four new series that are apart of the new publishing line. Those series include Faith: Dreamside, Bloodshot Rising Spirit, Livewire, and Incursion.

“I’m excited and thrilled to finally unveil what we have planned for the first wave of the future of Valiant with VALIANT BEYOND. Each of our upcoming series is a shining example of what makes Valiant so unique among comic book publishers – our love for the incredible cast of complex, grounded characters; a pledge to continue creating a cohesive universe that every reader can follow; our passion for inviting and nurturing new voices within the industry; and an unwavering commitment to tell quality stories that will build upon the great Valiant narrative landscape. We’re hard at work driving Valiant forward, and this is just the beginning!” 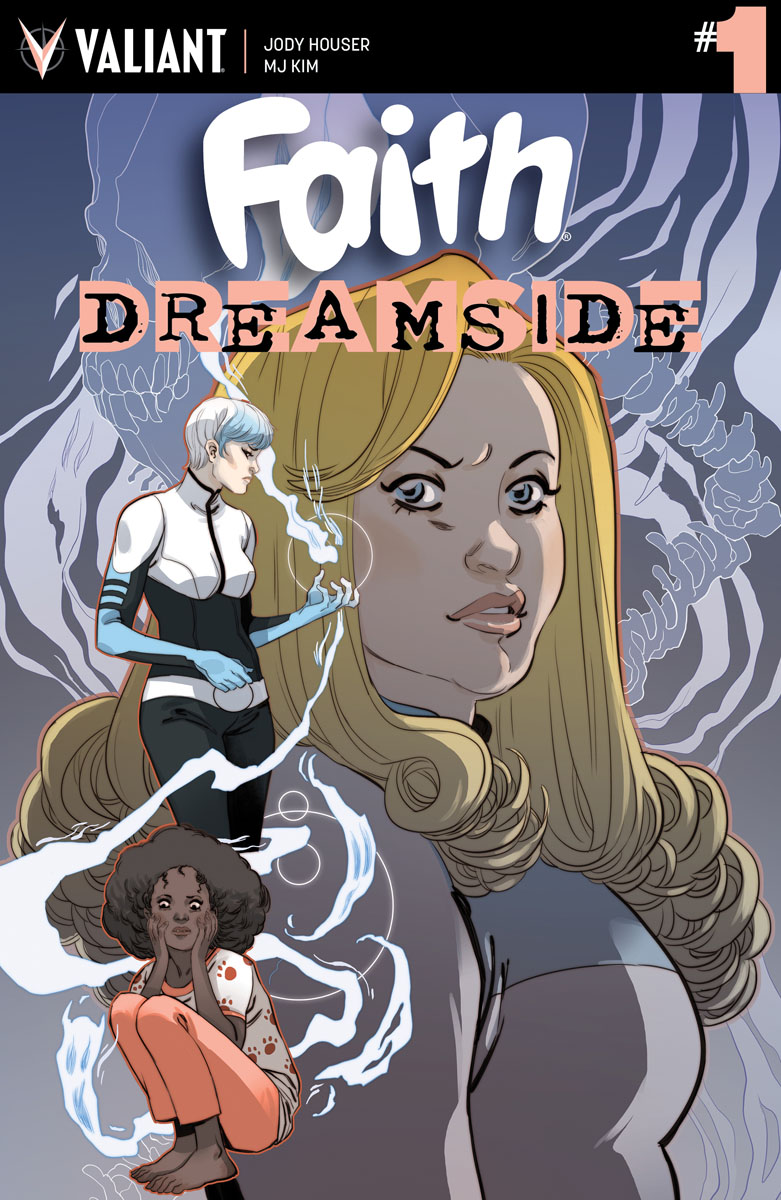 Faith: Dreamside will be written by Jody Houser with art by MJ Kim. The first issue will also feature a cover by Marguerite Sauvage. The series will introduce a brand new realm to the Valiant Universe, Dreamside. Faith “Zephyr” Herbert will take on a villain who exists only in nightmares. A villain who is tormenting her teammate, Animalia. Faith must venture in this fantastical new realm in order to defeat this cunning foe. But she’s going to need some help in the form of Dr. Mirage, who is the world’s premiere parapsychologist. Without Dr. Mirage’s help Faith might not be able to return with her subconscious mind intact. 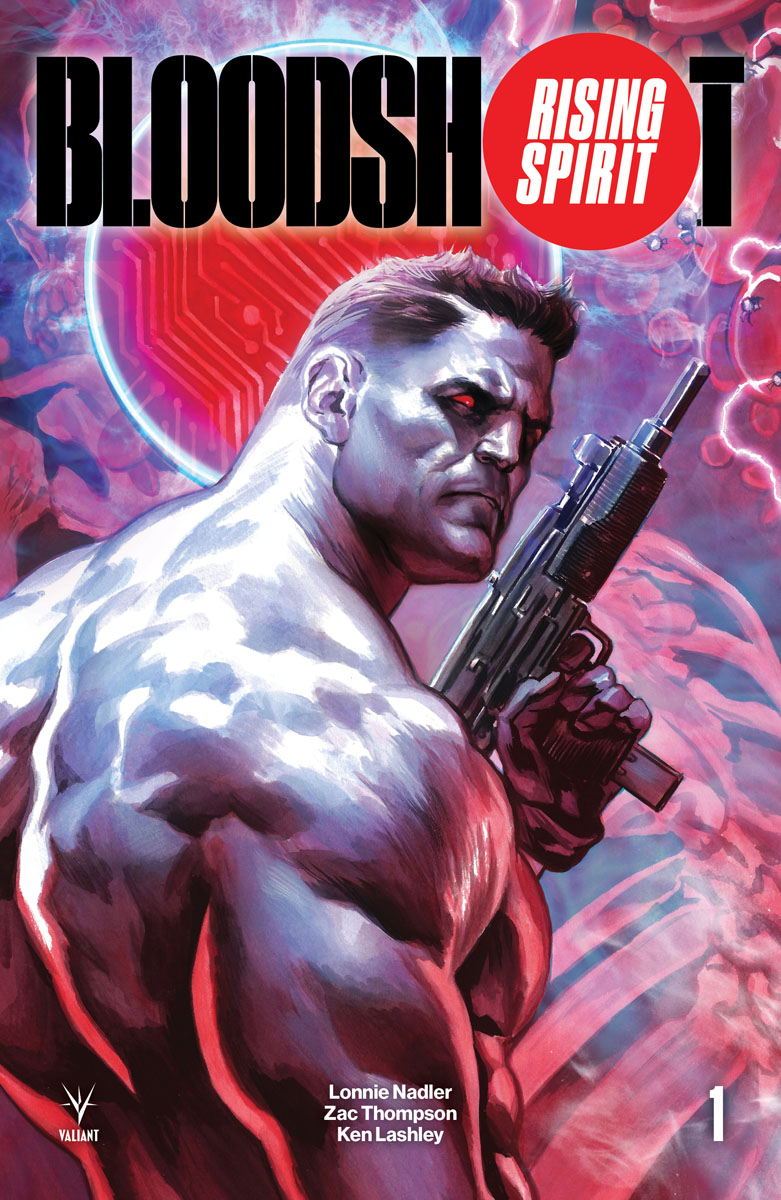 Bloodshot Rising Spirit will be a brand new ongoing series that will be written by Lonnie Nadler and Zac Thompson with art by Ken Lashley. The first issue will feature cover art by Felipe Massafera.

The series will venture into Bloodshot’s past and his early days with the private military contractor, Project Rising Spirit. It will see an enterprising employee of the contractor known as Memory Weaver work to ensure that Bloodshot did as he was told.

The series will “open a door once closed and reveal answers to questions that Bloodshot himself would never think to ask.”

The series will be available in November 2018. 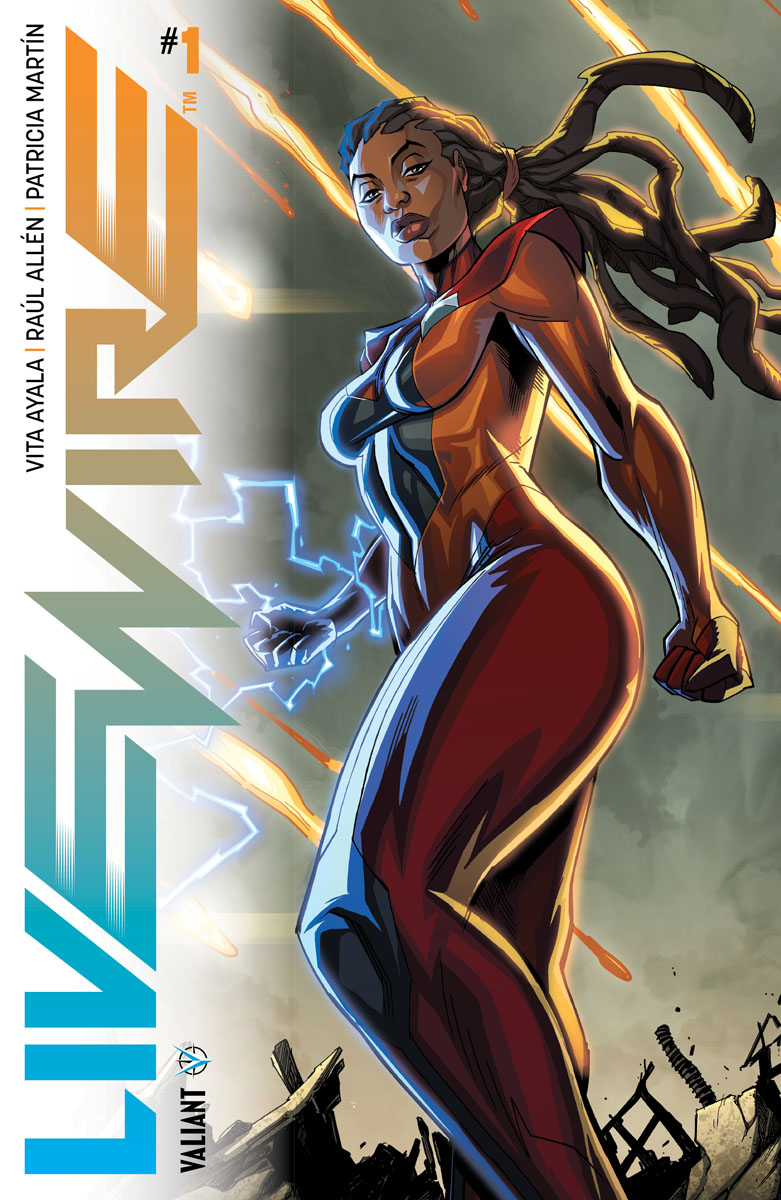 Livewire will be written by Vita Ayala with art by Raul Allen with Patricia Martin. The first issue will feature a cover by Khary Randolph.

Like Faith: Dreamside this new Livewire book will be a limited series.

The story will see Amanda McKee, the technopathic psiot known as Livewire, forge her own path in the wake of the United States’ worst disaster it has ever face. A disaster she directly caused. Livewire must decide the type of hero she is or if she is even a hero.

Livewire will be available in December 2018. 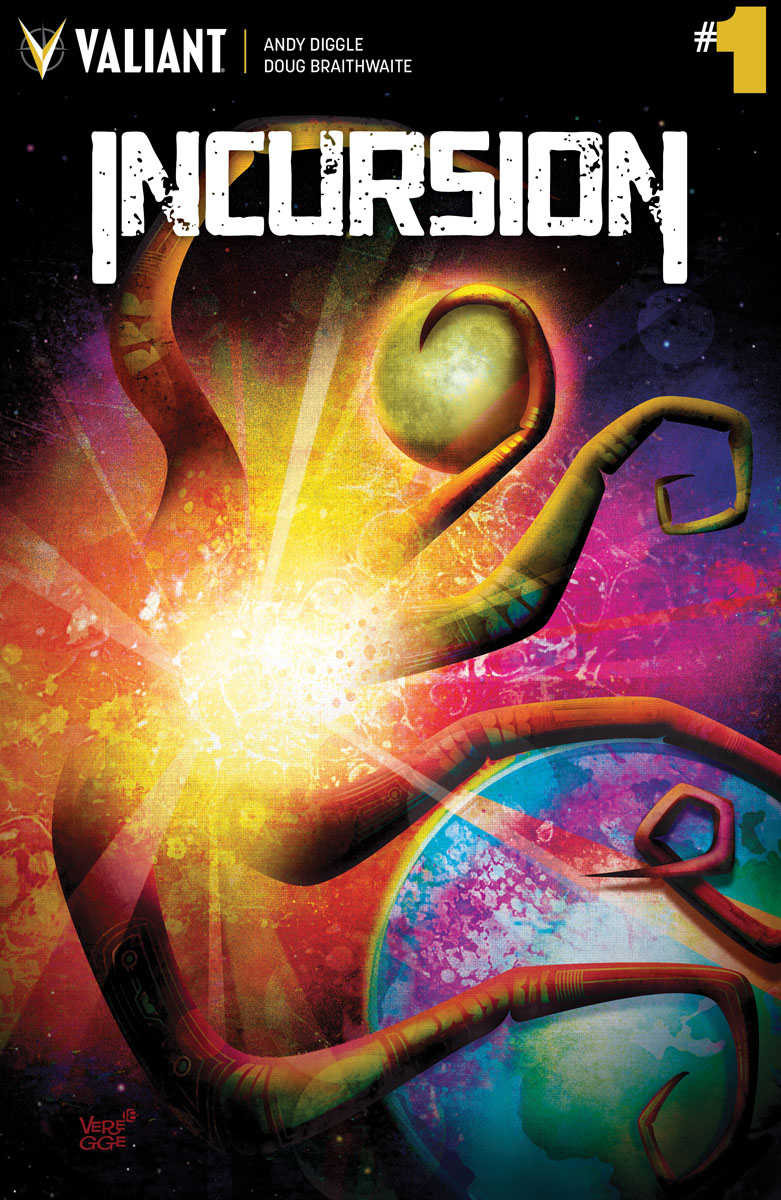 Incursion will be Valiant’s next event book from writer Andy Diggle and artist Doug Braithwaite. The teaser image for the first issue is provided by Jeffrey Veregge.

The story will focus on the Deadside, a place beyond human reason where the souls of the dearly departed linger. It’s a place where gruesome terrors lie in wait to strike out from the dark. However, there isn’t just the Deadside of Earth. There is also an alien version of the deadly dimension and it’s on a collision course with Earth.

This limited series is expected to make landfall in February 2019.

The Bloodshot Rising Spirit and Incursion definitely stand out to me. Braithwaite is one of the best artists in comics. I can’t wait to see what he does with alien Deadside and multiple dimensions, not to mention all the unearthly terrors he can imagine. I’m just getting excited about it by writing these words! I’m a sucker for Bloodshot, he might be one of my favorite characters ever. I can’t wait to dive into his past and see what secrets there are to explore.

I’m not a big fan of Faith, but the introduction of a new realm is intriguing and it looks like there will be some interesting cameos with Animalia and Dr. Mirage. I’m on the fence with Livewire. I think her character is super interesting especially her dynamic with Toyo Harada, her former mentor. I’m intriguied to see where it can go and what kind of decisions she will make.

One thing that does concern me is that there is no Matt Kindt or Jeff Lemire or Robert Venditti on these announcement. Those three writers have become staples of the Valiant Universe. Hopefully, Valiant has some titles cooking up with them!

Do any of these new series stand out to you?