Marvel Comics revealed Tony Stark aka Iron Man will get a new girlfriend in the upcoming pages of Tony Stark Iron Man written by Dan Slott with art by Valerio Schiti.

In the pages of Tony Stark Iron Man #4, Tony Stark will rekindle his relationship with Janet Van Dyne aka The Wasp.

The cover for the upcoming issue by ALexander Lozano shows Tony and Janet getting very close with each other. 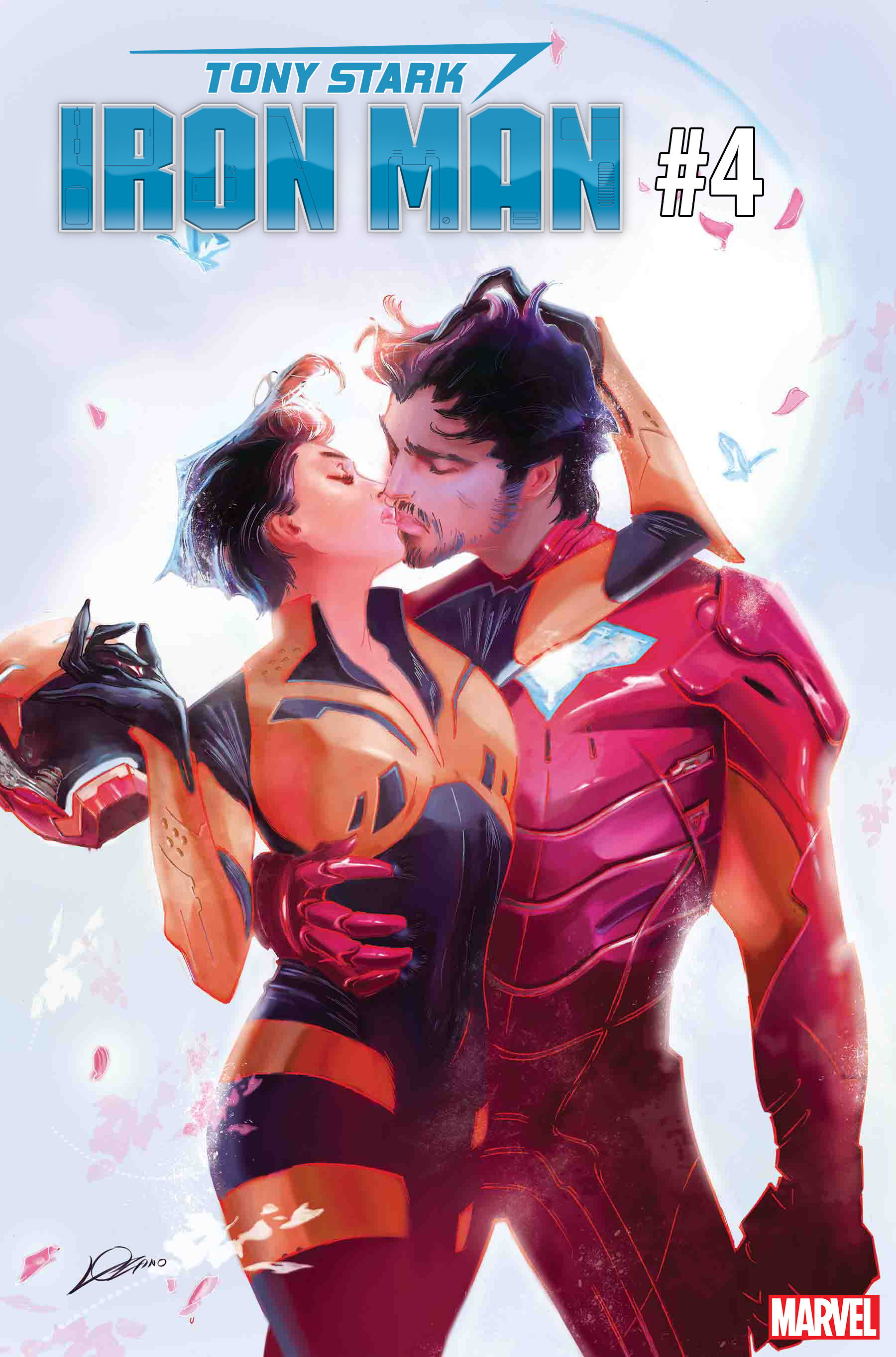 Tony Stark and Janet Van Dyne are no strangers to each other. In the pages of Avengers #224, Hank Pym is behind bars and Janet is trying to move on with her life in both a professional capacity as well as a personal one.

Tony Stark decides to attend Lady Churchill’s party at New York’s Hotel Pierre, where Janet Van Dyne happens to be attending as well. Tony finds himself dancing with Jan and the two flirt throughout the evening.

After a lovely evening together, the two embrace in a passionate kiss. 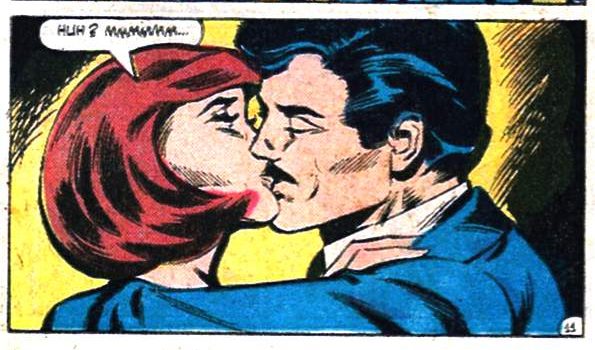 Their romance would continue as Tony Stark would whisk Jan away to the tropical paradise of Jamaica. 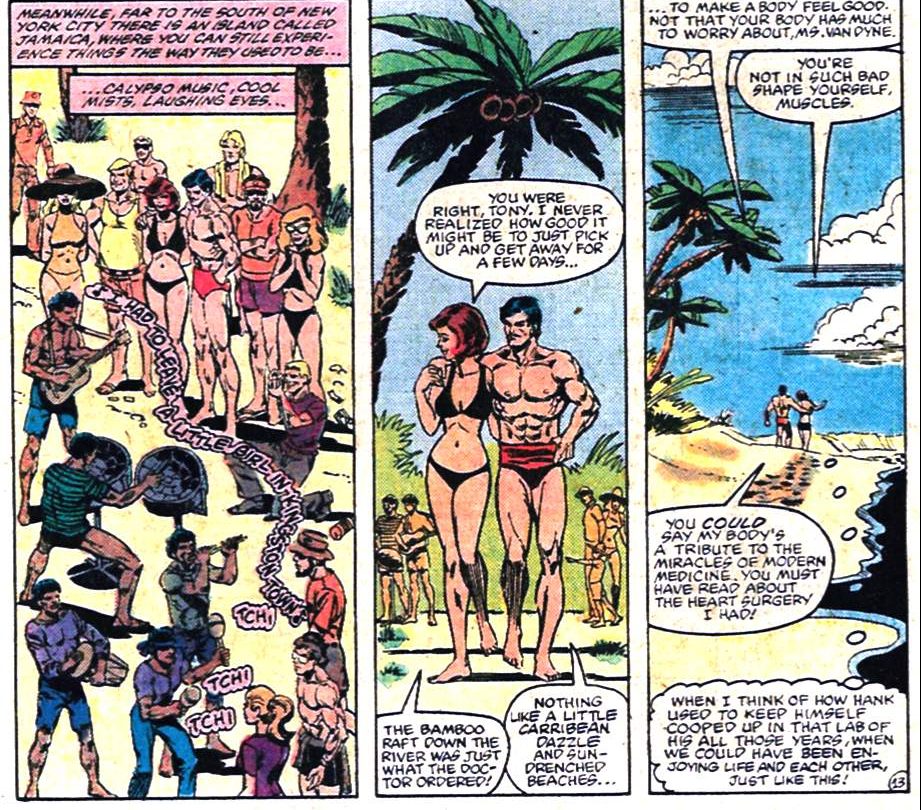 And it wouldn’t stop there. The two would be seen together in Greenwich Village attending a theater production. They even attend the Feast of Saint Anthony in Little Italy where the two engage in some carnival games. 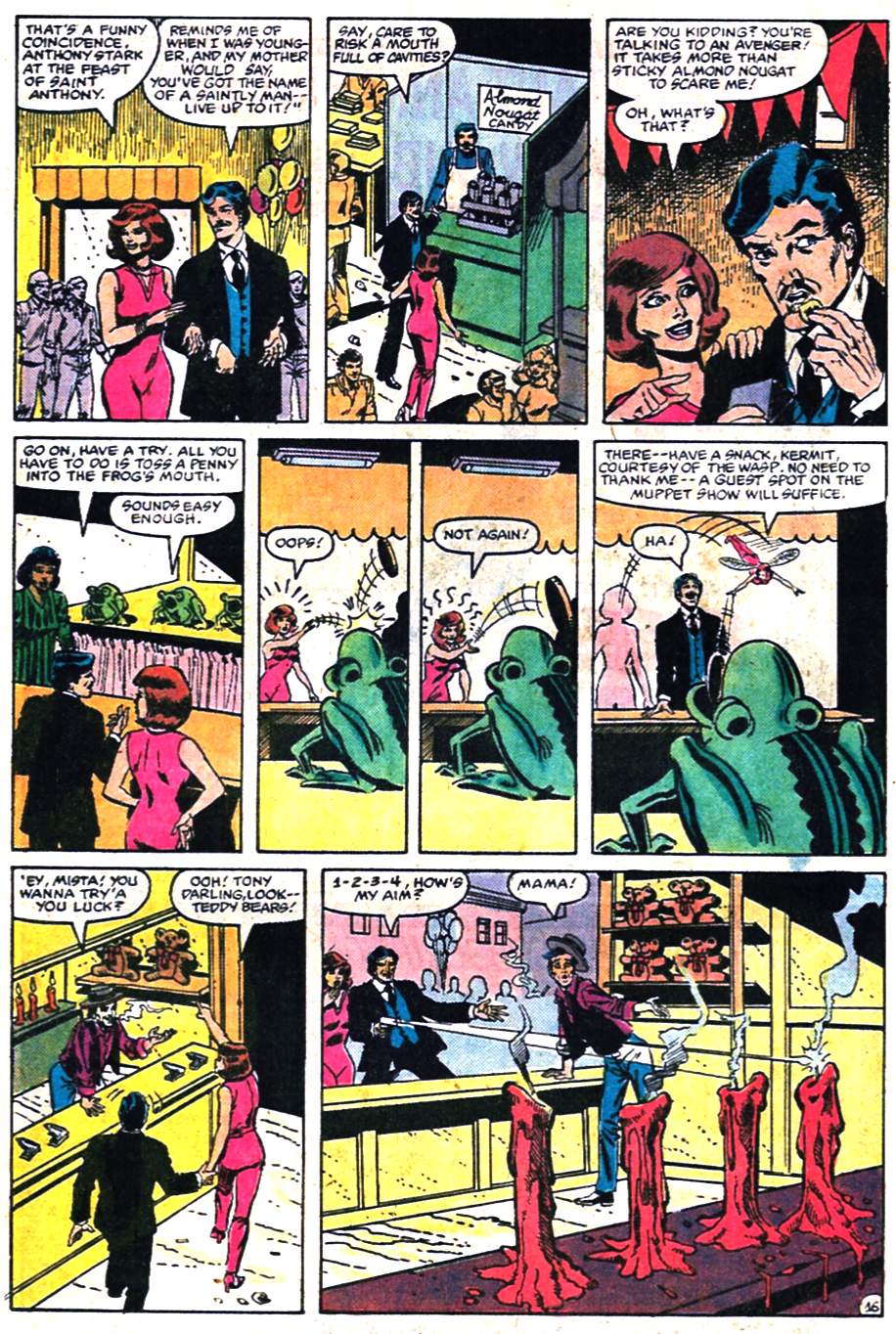 However, the romance wouldn’t last for long. As soon as Tony Stark revealed he was Iron Man to Jan, she wasn’t having any of it. She told him she’s trying to move on and find new love, but it can’t be with one of Hank’s old friends. 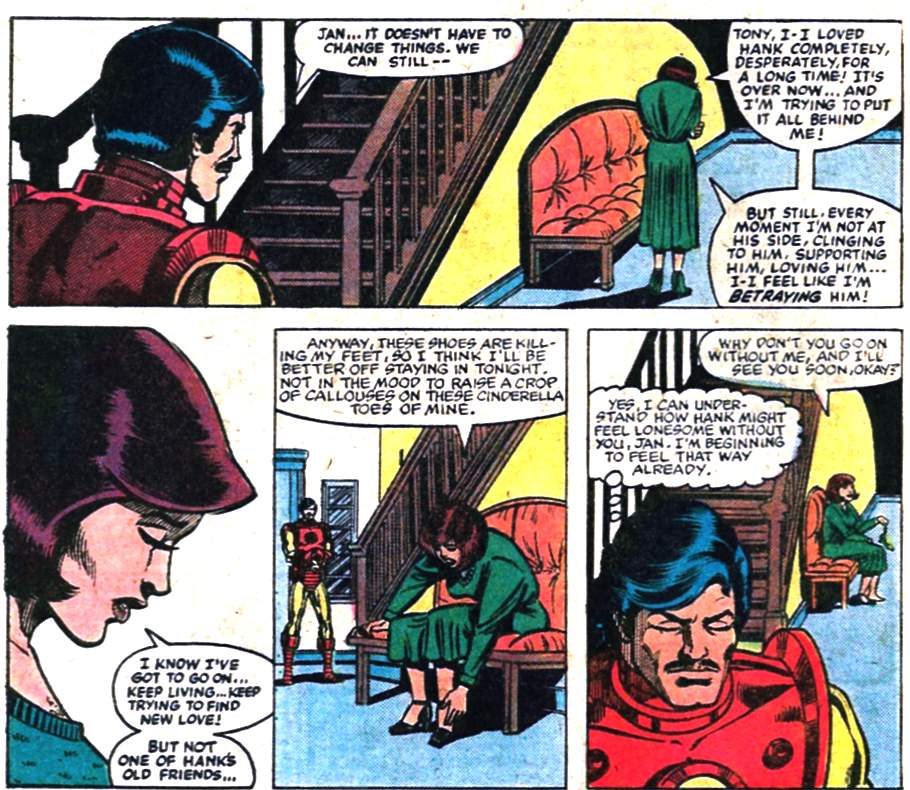 Will this new romance between Tony Stark and Janet Van Dyne last as long as their first fling or will the two form a stronger, longer-lasting bond with each other? Do you even want to see Tony Stark in a relationship with Janet Van Dyne again?