Before you know it, Patty Jenkins and Gal Gadot will once again take the world by storm. The team that put together the first Wonder Woman is back for the sequel. The rumored setting is the United States; the villain will be Kristen Wiig’s Cheetah. The film looks to be a fun and entertaining step in Diana’s journey through history. The project has already started filming and cameos, plot details, settings and characters will all come to light in the coming months. It’s an exciting time to be a DC fan. And now, the working title for Wonder Woman 2 has been revealed: Magic Hour.

The news comes from Batman-News.com, who obtained this copy of a shoot notification sent to residents of Georgetown in Washington, D.C. 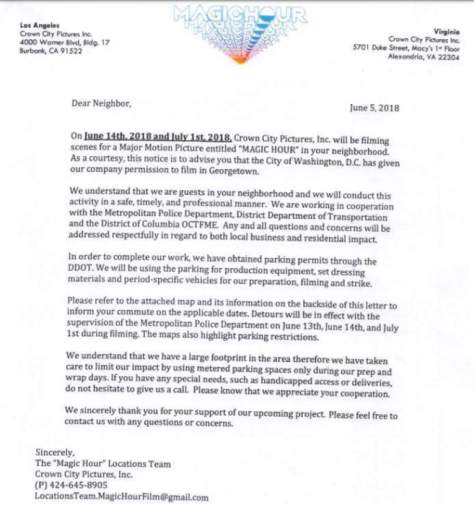 These letters are typical and required of every film production. If a project happens to be shooting in a neighborhood, they may only need the town or local government’s permission to work. But it’s always nice to let the locals know what’s going on.

Now, the working title of “Magic Hour” may not have anything to do with the final film. Working Titles are meant to allow big Hollywood movies to remain anonymous while shooting in public settings. Obviously, the news gets out. But there could be clues behind those two words. 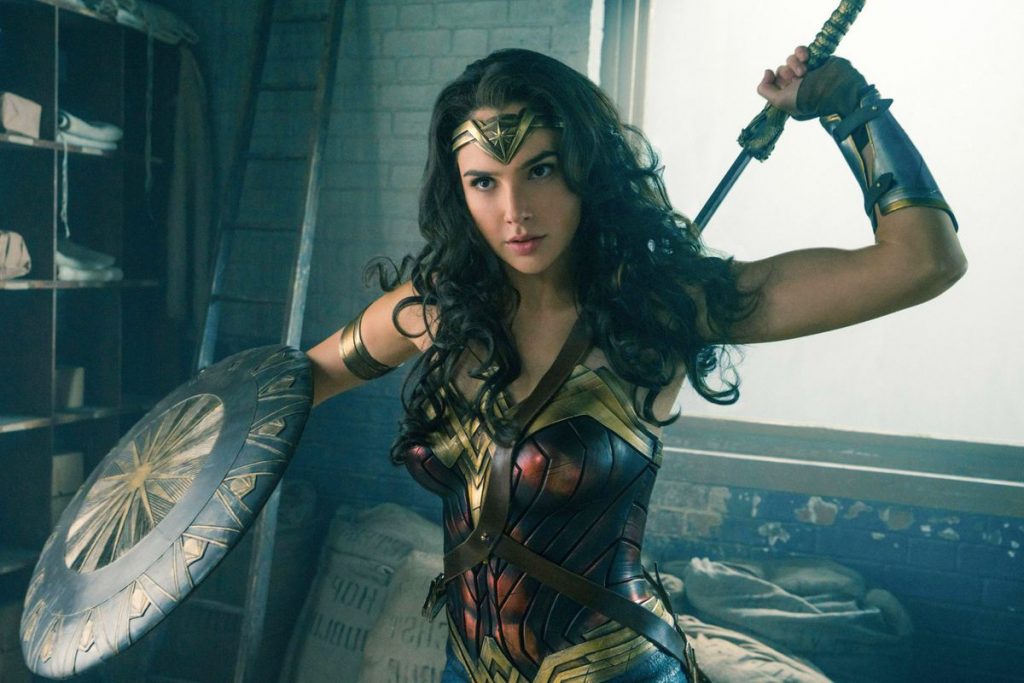 Nightingale. That was the working title for Wonder Woman (2017). The Nightingale is a fairly common singing bird, but one famous for singing during both the day and the night. Sounds kind of like Diana. “But Charlie, who will sing to us?,” she asked a horror-stricken soldier during her first outing. Diana wanted nothing more than to continue hearing Charlie’s pleasant singing in a terrifying battlefield. It was one of the most endearing parts of the film. To see a character like Charlie, played by the underrated Ewen Bremner, come to life in the presence of such a positive spirit as Diana Prince. Someone who can shine a light, or sing, in both the darkest of nights and brightest of days.

So what does “Magic Hour” have to say? Well, Cheetah has to get her powers somehow. The character is most famously imbued by the powers of a Cat God during an Archaeological excavation. That’s certainly magical, all right.

With the setting confirmed as taking place during the Cold War and more specifically during the 1980s, “Magic Hour” could reference the Doomsday Clock. If you’ve read Watchmen, you are probably aware of the Doomsday Clock, but if you haven’t the clock represents the opinion of a group called the  Bulletin of the Atomic Scientists‘ Science and Security Board and how close they think the world is to global catastrophe.

It’s also possible the working title could reference something that takes place in the film. In photography they refer to the magic hour as the hour shortly after sunrise or before sunset. During this hour, the sun is redder and softer. There might be a key moment that takes place during these times.

What do you think the “Magic Hour” means for Wonder Woman 2?