Reboots are nothing new. In fact, in today’s pop culture climate they’re expected. Every month or so we get to see a new version of an older character and sometimes it works…. sometimes it doesn’t. Dynamite’s new Nancy Drew comic is one of the most recent reboots and while this isn’t the first time the teenage sleuth has been overhauled for a new generation, I’m fairly certain that none of her past incarnations have ever been this boring or unnecessary.

If you’re familiar with writer Kelly Thompson, then you probably know about what to expect here. Her work on IDW’s Jem and the Holograms and Marvel’s Kate Bishop led Hawkeye storyline, among others, have left a lot of fans a little bitter about some of their favorite characters getting watered down or even fundamentally changed in order to serve someone’s obvious social ideology. Unfortunately, Dynamite’s Nancy Drew falls into the same category as those others as we get a lot of unnecessary “updating” while getting almost no story to get excited about. 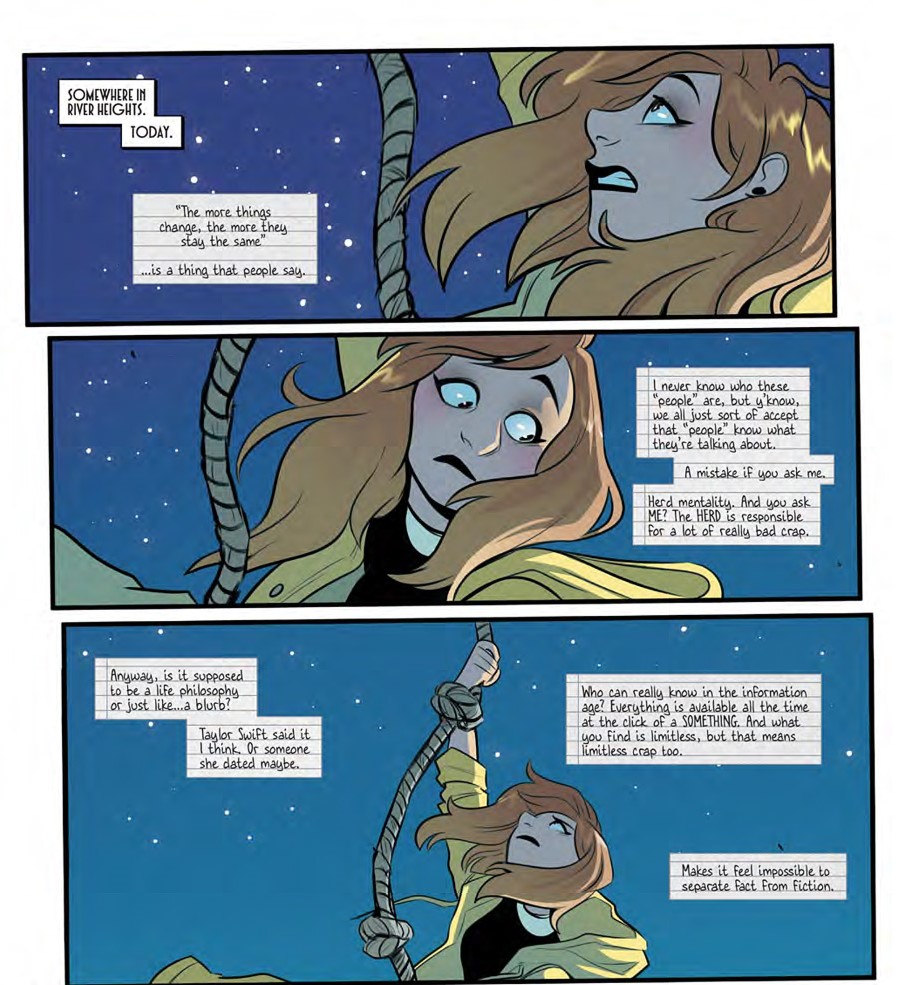 That is, without a doubt, the most egregious error that this first issue makes. Nancy Drew has always been about her ability to solve a good mystery, but we get almost zero insight into what the heck the mystery is supposed to be. We get a look at Nancy’s new potty mouth, some lesbians making out in a car, and a good sampling of nearly every nationality known to man, but what we don’t get is a compelling mystery. We’re told that there is a mystery, but we have no idea what it is and we’re not given any real reason to care. Things like up-to-date reboots and a diverse cast of characters is all well and good, but when story takes a backseat to these things, it can leave one a little bitter.

The characters themselves are a bit of a mixed bag. The Hardy Boys actually seem like a charming set of brothers, but we’re not given much time with them. Nancy Drew’s other friends range from harmlessly pleasant to angsty and annoying. Nancy herself, unfortunately leans towards the latter. Her new millennial update comes complete with a too-cool-for-school attitude that is reminiscent of every snot in high school that you always found yourself rolling your eyes at. I may sound like a bitter old man, but I don’t understand why we can’t update classic characters without turning them insufferable. It’s a problem that is not exclusive to comic books. 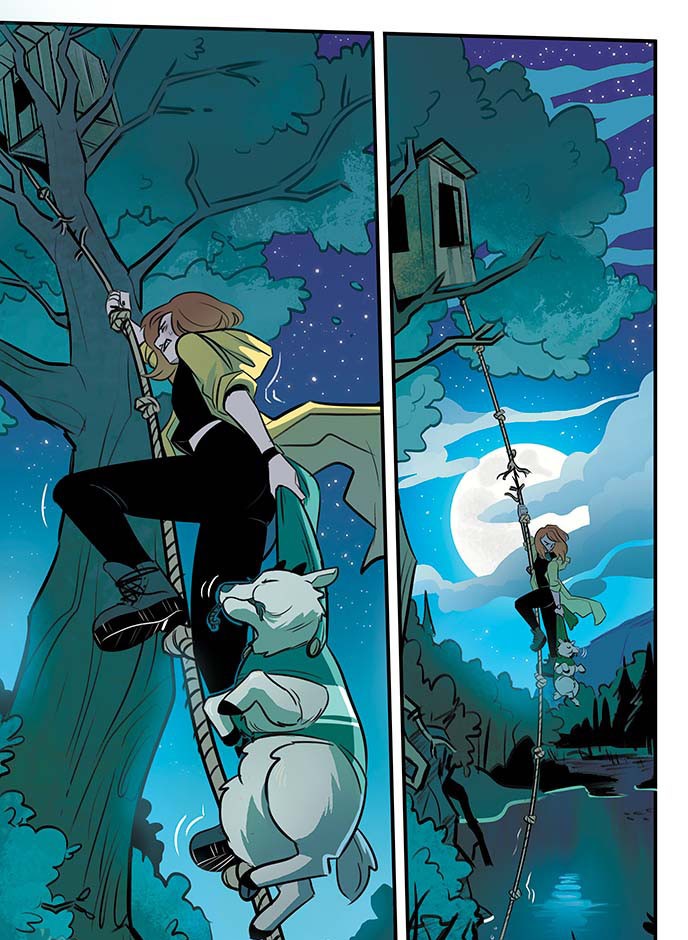 The real kick in the keister here is that I really feel that this could have been a compelling yarn if more time had been spent on the story/mystery and less on making sure you knew that the girl with a shaved head likes to complain about everything. There are seeds here and there that show some potential every once in a while, but they just aren’t given any time to sprout and become interesting. A cryptic note addressed to Nancy could have been a creepy springboard to something worth reading about, but it just leads to Nancy jumping to conclusions (which I’m sure she’s 100% right about) without giving the reader even the slightest insight into what in the world she is thinking.

It’s not all bad news though. The artwork is very good here. The characters are appropriately cartoony and the entire aesthetic is pleasant and great fun to look at. Artist Jenn St. Onge is no stranger to drawing the kinds of characters who are being written here and whether or not you enjoy the subject matter, there’s no denying that she is supremely talented and her art is easily the best part of this book. There is also a cute goat in it at one point. That’s something….. I guess.

OK, well, I’m just not too sure who this book is for. Old school fans of the classic Nancy Drew stories aren’t likely to be attracted to it because it just doesn’t resemble any of those tried-and-true tales. Younger people who haven’t ever heard of those stories aren’t likely to pick it up either because for them, the name holds no sway. This new Nancy Drew just falls, sadly, into that realm of rebooted characters that fail to retain any of the appeal of its origins while also not bringing anything compelling to the table. We’ve got diversity, we’ve got inclusion, but what we don’t got is much of a story.