DC Comics revealed writer Tom King and artist Clay Mann’s secret project that had been going by the codename Sanctuary as a seven-issue miniseries called Heroes in Crisis.

In a press release, DC Entertainment revealed Heroes in Crisis “is a story centering on the humans and superhumans under the mask; this is about what allows them to get up and fight when it appears they can’t ever get up and fight again. When it’s too much, and it’s often too much, heroes go to Sanctuary—created by Superman, Wonder Woman and Batman—to find a moment of safety before returning to a universe of violence. HEROES IN CRISIS is also about what happens when Sanctuary fails, resulting in catastrophic consequences for the DCU.” 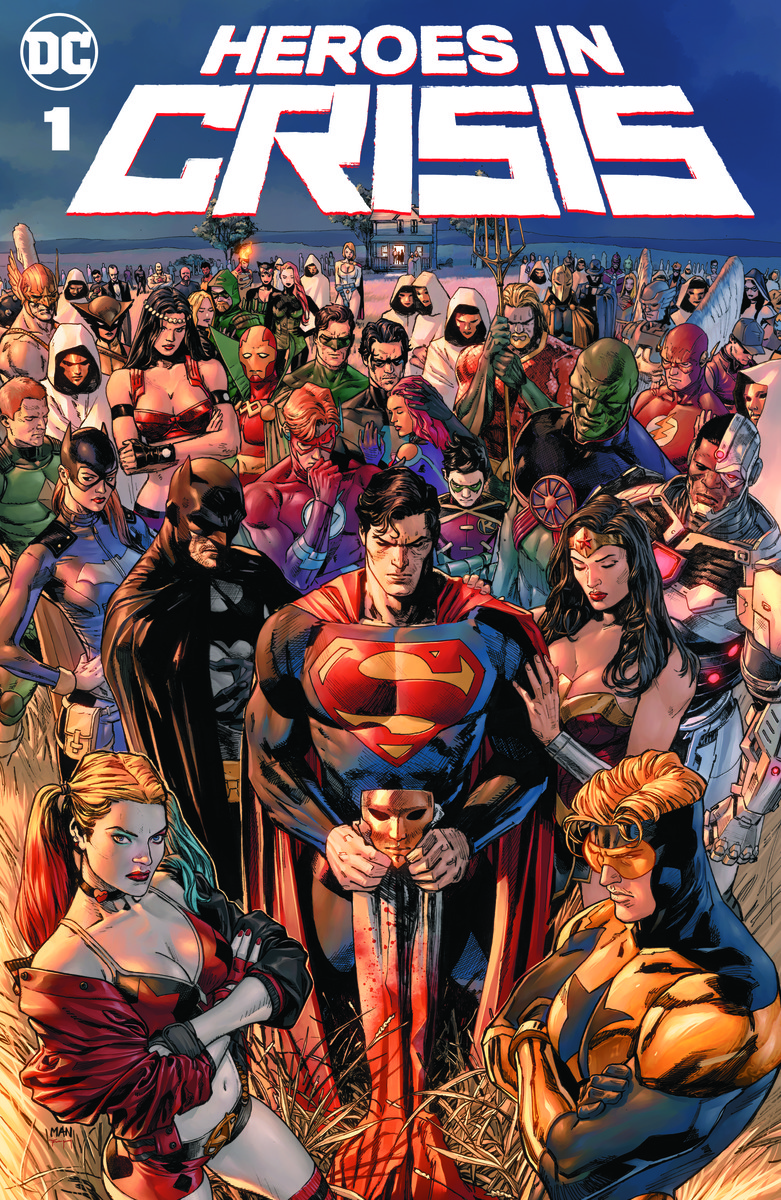 The series will explore war and conflict and a hero’s struggle to put the war and trauma behind them all against a backdrop of a murder mystery involving Batman, Superman, Wonder Woman, Harley Quinn, Booster Gold, and the rest of DC Comics’ heroes!

Based on this description, my guess is this book will more than likely have a direct connection to King’s most recent Batman arc, “The Travelers.” In the arc, Booster Gold is beaten down and physically and mentally stressed out as he messes with the timeline in order to give Batman the perfect wedding gift. Booster Gold’s action even leads to an alternate timeline version of Bruce Wayne committing suicide right in front of Booster Gold as he realizes the timeline he was part of was all a mistake. 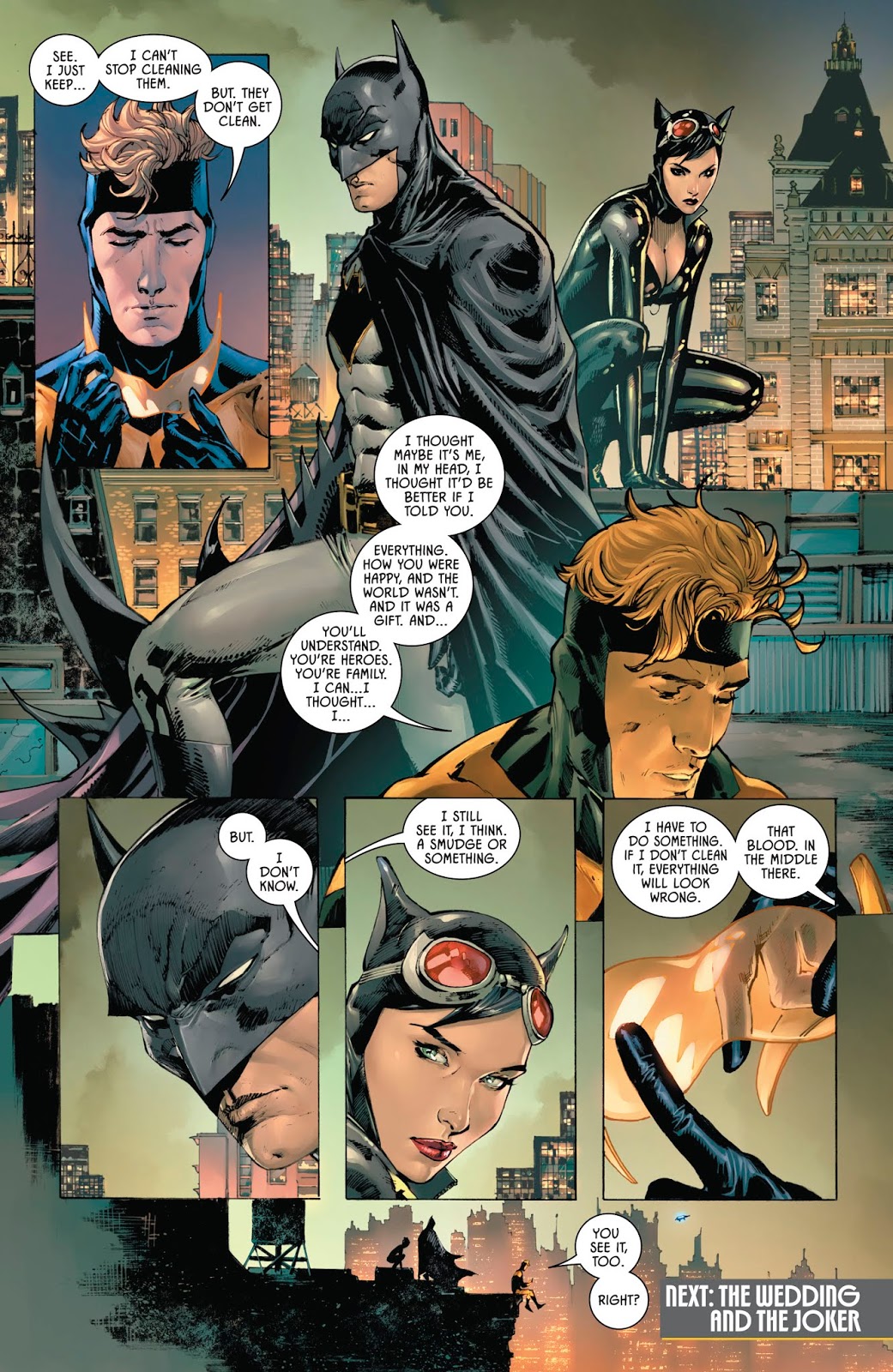 King had previously talked about Sanctuary where he described it is a “sort of like a crisis center for superheroes.”

He went into further detail:

“And it’s going to be DC wide, all the superheroes and it’s going be a place where these superheroes who are living violent lives every single day….we’re creating this space where superheroes can go that sort of mimics the good work people are doing for veterans around the world where they can have a space where they can actually admit that this violence has had consequences for them and has affected them mentally, so that your greatest heroes, who are inspiring our children, can say proudly: yes, I’ve had some mental difficulties, and yes, working with people has helped me through them. And we don’t hide behind that.”

King talked about his inspiration for this new miniseries and what he hopes to address with it:

“I feel like I’m part of a rolling generation of people who spent their twenties overseas fighting terrorism. Millions of people cycle through that machine and come home to America. And I think that sort of experience of violence is shaping who we are as a culture, and as a country. And I want to talk about that. I want to talk about that experience, the experience of what violence can do to a person, to a community, to a nation, to a world.”

This new miniseries will be available beginning on September 26. Joining King and Mann will be Tomeu Morey and Clayton Cowles. The book will be edited by Jamie S. Rich and Brittany Holzherr.