Marvel is already teasing their upcoming story arc for The Avengers, which will begin in Avengers #8. Not only will it be a new story arc, but the Avengers will also be getting a new base in the story written by Jason Aaron with art by David Marquez.

After their battle with the Dark Celestials the Avengers will make their new base and headquarters on top of the world. And of course it will be called Avengers Mountain. It appears the base is actually made out of a dead Dark Celestial. Although it does look like Tony Stark might have made some improvements to it. 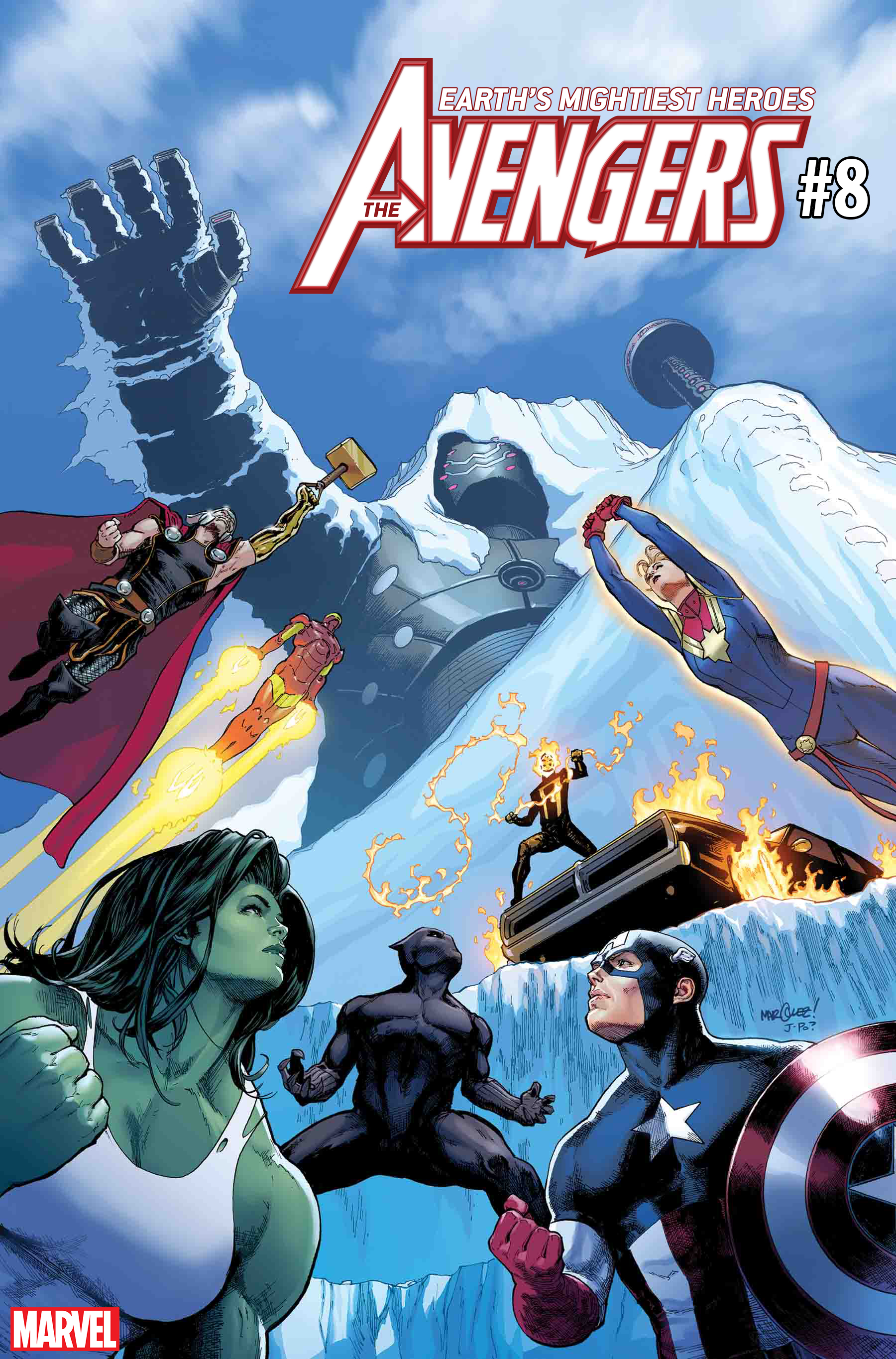 This new headquarters reminds me of the Greek gods’ home on Mount Olympus. It too towered above the world as the gods looked down upon their worshipers and subjects. I can already see something similar happening to the Avengers in my mind. They might begin to view themselves as gods. In fact, the whole idea of the base being made out of a fallen celestial reminds me of how the Greek gods deposed their own forebearers to rule over Earth.

While the Avengers are getting accustomed to their new digs, they will face a threat from a very old foe in Namor, the Sub-Mariner.

“Dark secrets lurk in the shadows of the Avengers’ new headquarters as the team is finally assembled and ready to face the greatest threats the world has to offer! And it’s a good thing, too, because trouble-spots are erupting all over the globe—beginning with an attack by Namor, the Sub-Mariner! It all leads up to and into our big 700th issue in just a few months, as we showcase just why we’re considering AVENGERS the crossroads of the Marvel Universe, the place where elements from every aspect of our far-flung cosmology clash!”