The first cover features Jason Momoa’s Arthur Curry aka Aquaman appearing to rise up out of the ocean as water drips off of him. It also shows off a little bit of his costume as he has some kind of necklace on with a sea colored substance inside, or it could be some kind of sea-colored rock. 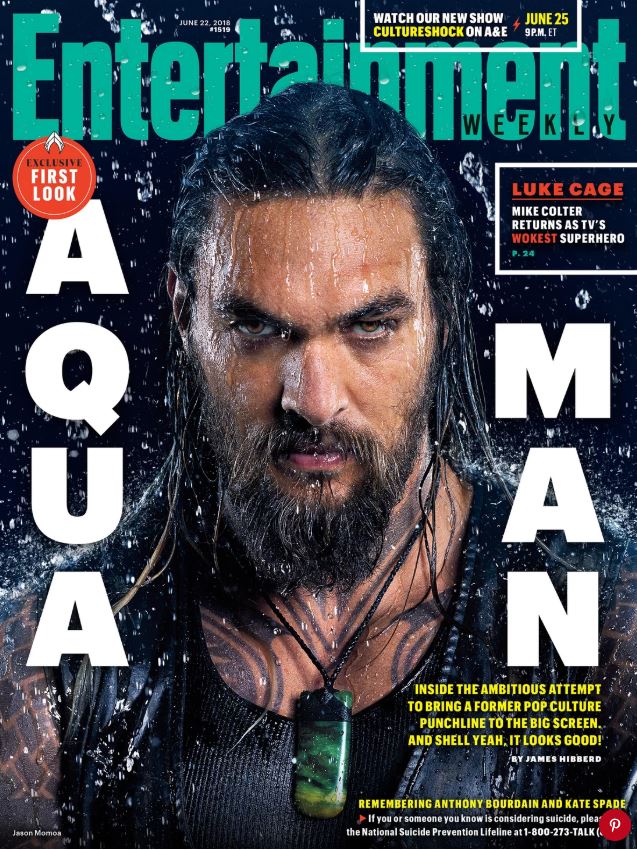 The second cover and the more interesting one shows Momoa with the five pronged quindet as seen in Justice League in his hand. Standing beside him are Amber Heard’s Mera and Nicole Kidman’s Atlanna. What’s really interesting about Heard’s Mera costume is that it sports the Aquaman logo on her waist. Atlanna is in all white with a crown. 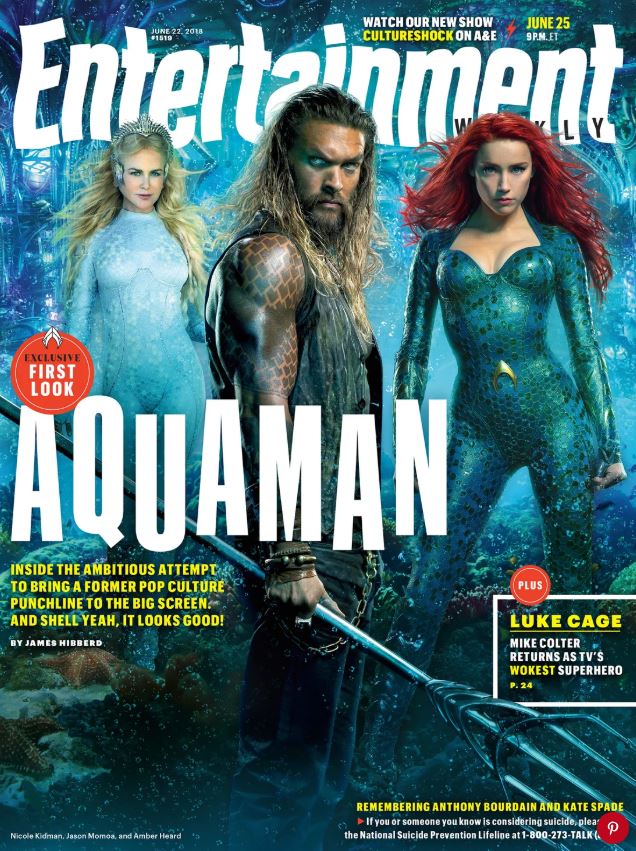 Along with these two new covers, we get some details about the upcoming film from director James Wan, who wants to make sure Aquaman has some big distance between it and DC’s latest foray, Justice League.

“The water world my movie takes place in is so separate and so far apart from previous DC movies it’s like I’m making my own sci-fi fantasy film. This is a whole new underwater world nobody has seen before in live action.”

They also go into detail about Momoa’s performance in the film describing it as “humor-filled.” Executive Producer Peter Safran elaborates:

“Rarely has a superhero character been married to the real-life actor as much as Aquaman and Jason Momoa. He’s authentically from two worlds, he’s this real physical specimen, he’s got this humor which he’s never been allowed to play before — in every regard he is Aquaman.”

What do you make of Wan’s and Safran’s comments? Are you excited to see this scifi underwater realm? What do you think of Mera and Atlanna’s outfits?