We just got first looks at Amber Heard’s Mera, Nicole Kidman’s Atlanna, and Yahya Abdul Mateen II’s Black Manta, and now we are getting our first glimpse at Patrick Wilson’s Ocean Master aka King Orm and Willem Dafoe’s Vulko, who is Aquaman’s mentor.

In our first look at Ocean Master, played by Patrick Wilson, we see him standing off against Momoa’s Aquaman. Entertainment Weekly describes Wilson’s Ocean Master as Aquaman’s “ambitious half-brother…who wants to declare war on the surface world.”

While we don’t really get a good look at Willem Dafoe’s Vulko, we do get a glimpse of his back as he takes instruction from Aquaman director James Wan. Vulko, Mera, and Aquaman are inside a galleon, which I can only assume is at the bottom of the ocean. 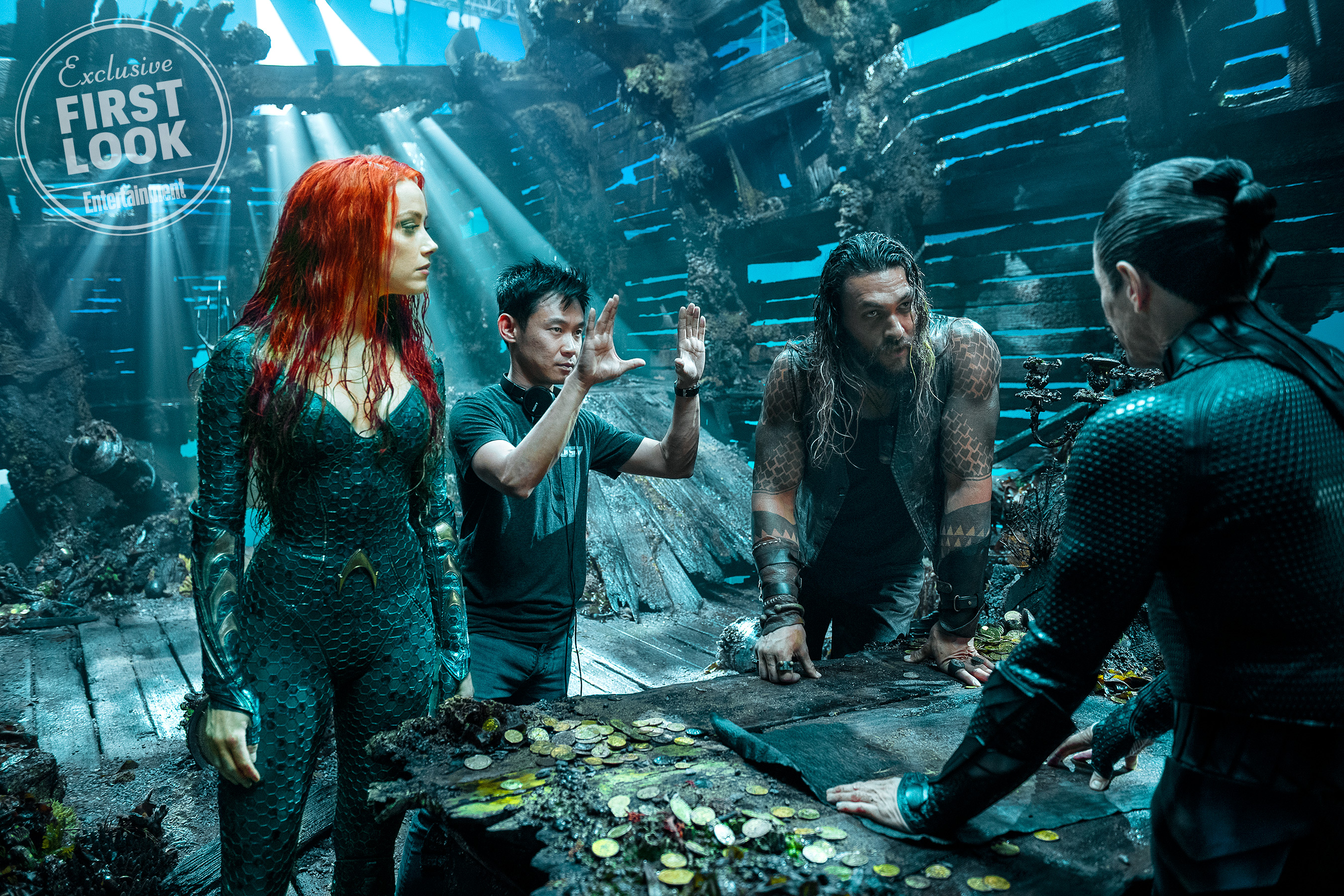 We also get a close-up shot of Jason Momoa’s Aquaman as he storms a submarine that is under attack by pirates. It’s more than likely the pirates are Black Manta and his father and could be the first encounter Aquaman has Black Manta. 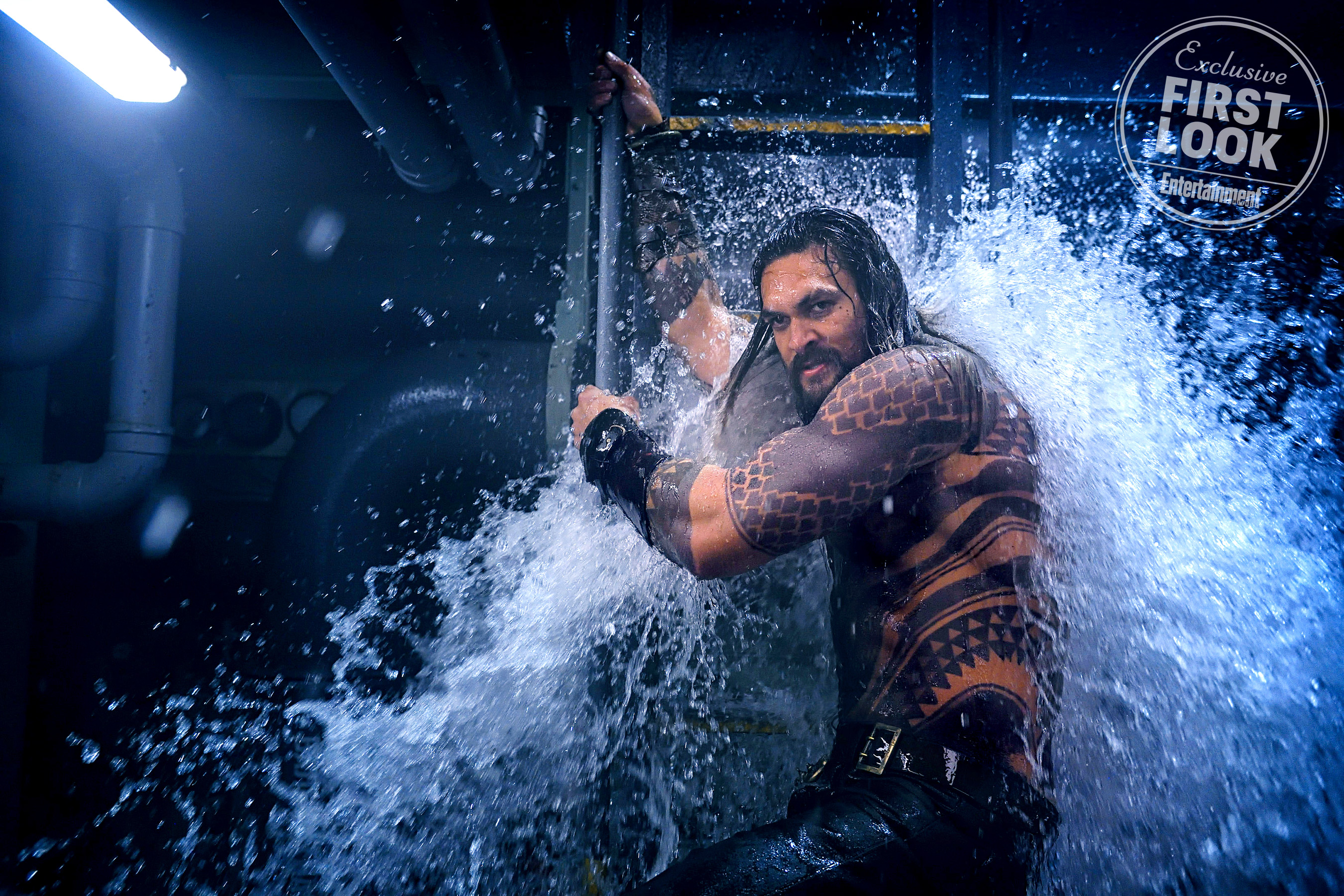 Not everything is going to be taking place underwater, a shot of Arthur Curry and Mera at some ancient ruins appears to show them on some kind of quest above ground. It’s possible they could be looking for Aquaman’s famed trident. Mera appears to be holding a treasure map and she has a stereotypical satchel on her shoulder. 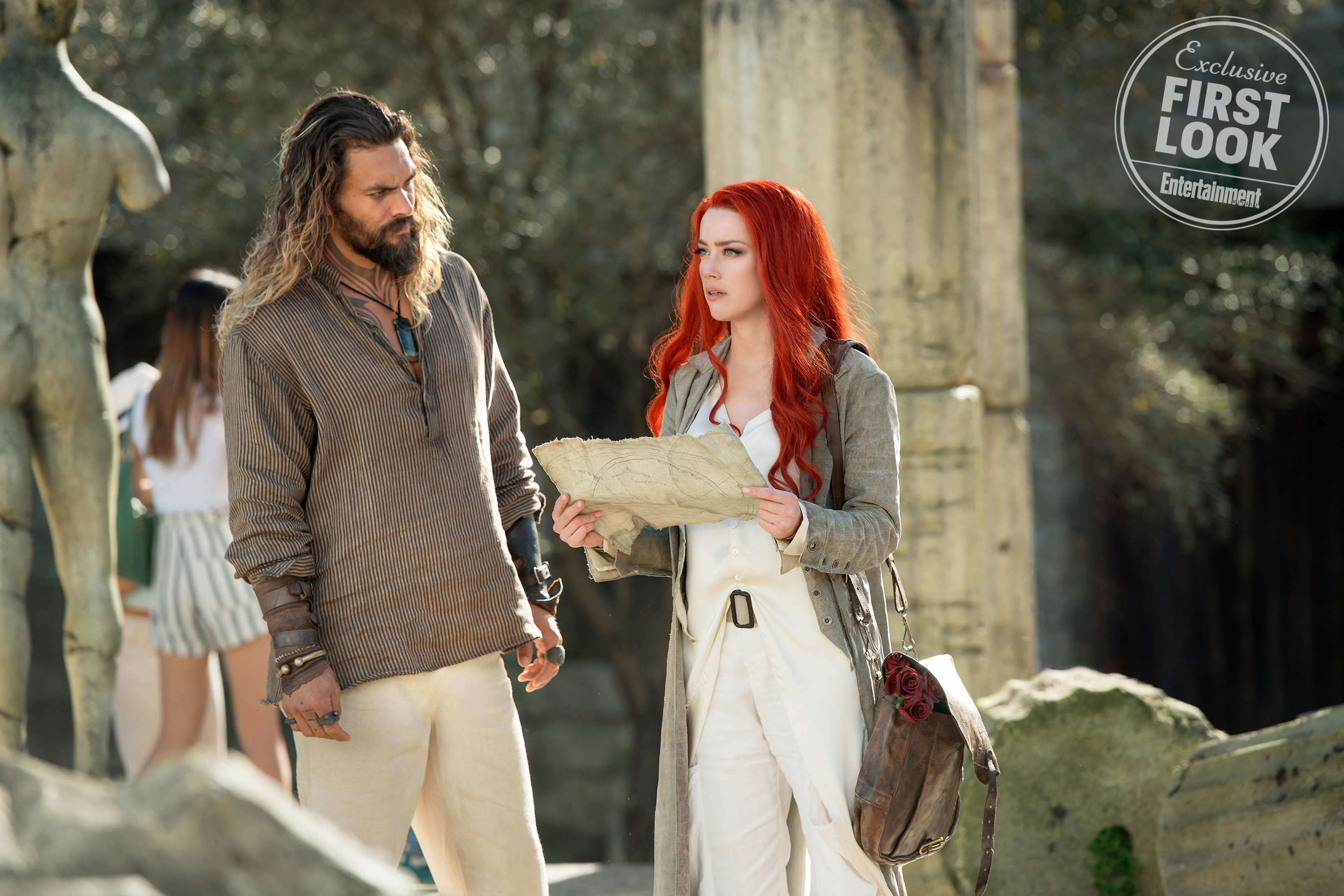 The last image gives us another look at Nicole Kidman’s Queen Atlanna as she protects a young Arthur Curry. Given that she’s on the surface, it’s quite possible she’s actually handing him over to be raised on the surface.

What do you make of these new Aquaman images? What hints or clues do they reveal about the upcoming film?