We finally have our first look at Yahya Abdul-Mateen II’s Black Manta.

Entertainment Weekly has a huge Aquaman issue coming out this Friday that gives us our first look at Nicole Kidman’s Atlanna and Amber Heard’s Mera, but it also includes Yahya Abdul Mateen II’s Black Manta.

Black Manta in #aquaman: “Part mercenary but full-time pirate who in his suit will look like some crazy alien from outer space,” director James Wan teases https://t.co/qI870BenKC pic.twitter.com/b8Wv7qpcrU

While the photo doesn’t actually show Mateen in the Black Manta suit, it does show him looking at the iconic Black Manta helmet. It appears he’s actually working on building the suit and making adjustments to the helmet. Entertainment Weekly reveals this helmet is a “prototype of his iconic super-suit, which famously blasts red plasma beams from his eyes.” Given that description, I think it’s safe to say that there will be another helmet and outfit appearing in the film. 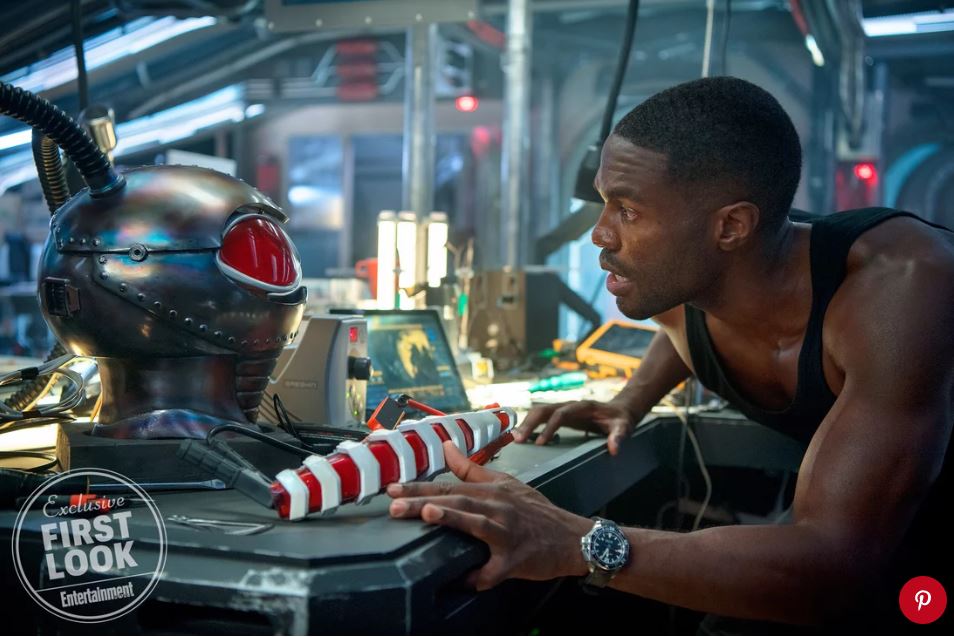 Aquaman director James Wan describes Black Manta as “part mercenary but full-time pirate who in his suit will look like some crazy alien from outer space.” And while Black Manta might be Aquaman’s most infamous villain, he won’t be the primary foe in this upcoming film. That role is set for Patrick Wilson’s Ocean Master. Wan explains, “Black Manta is a really interesting character who is somehow factored into this story but our main story is about Jason and Patrick.”

What do you think of this prototype helmet? I like that they are coming out and calling it a prototype because it gets me even more excited to see what kind of finished suit he comes up with!