Comic book artist J. Scott Campbell, who co-created Danger Girl as well as Gen 13 in the Wildstorm Universe, was attacked and labeled a racist and pedo after one fan came across an image of Tiger Lily, Captain Hook, and Smee he drew for his Fairytale Fantasies series.

I just use FB for fam/friends. So as I’m scrolling, looking @ cute babies- a promoted site assaults my eyes. Artist J-Scott-Campbell’s “Fairytale Fantasies” series. Granted he draws all women scantily clad but to also choose to make Tiger Lily as a tied up victim/captive is…? pic.twitter.com/vbQx7zUrX9

I wasn’t expecting so much traction on this, but I forget that whenever you mention problems w/ nonNatives depictions of us, Ntv mascots, appropriation- they swarm. Bc it’s a threat to their sense of supremacy & fake fetishized Native images are good, real Natives- not so much.

But I’ve heard all these same weak justifications before & the attempt to silence Native women & reduce us to just being “hyper-outraged” (artist’s words) or mad feminists & social justice warriors is typical erasure tactics & the violence Native women actively face is ignored.

Lol, comic book stans. For the record I have zero problems w/ sexy images or even pornographic images & I think he’s a great artist. But when a nonNative man depicts a Native woman in a hypersexualized captive situation when there’s a real & ongoing history of that – problem.

After bringing attention to the artwork, others decided to dogpile and describe the artwork and Campbell as racist.

Now look at his depiction of Tiger Lily… not in the racist sexist caricature… but how she interacts with the rest of the environment.

Or rather how she doesn’t.

His fanboys are toxic as hell, he himself is clueless, sexist, racist and not overly bright, and his whole deal is as outdated as the peep-hole scene in Porky’s, but of course the internet comes down on YOU because boy do they love the ability to sexualize NDNs.

Campbell would respond and defend his artwork clearly showing that similar scenes showing Tiger Lily tied up are “pretty standard.”

That wouldn’t satisfy the original poster, who went on to call Campebll’s work “racist.”

Oh okay the artist found me. Yeah that version is trash too. Disney has a long history of portraying Native people in racist, savage tropes, all G-rated too. But if someone else did it first, certainly you can’t be held accountable too then. https://t.co/ruqGJ2sjik

And she wouldn’t stop there. She goes on to call Campbell a “true racist.”

Wow guy, no holding back your true racist self now. I guess you’re implying that working with a Native woman would be a hassle, an annoyance. I mean she might tell you truths about your warped settler fantasies & the impacts to real Native women, can’t have that. https://t.co/0KgbPc3QZw

While a small minority decided to attack Campbell and his artwork, many would defend him.

Everyone is talking about @JScottCampbell‘s “Tiger Lily” from his FairyTale Fantasies series. I don’t blame them – it’s beautiful!! Definitely worth a re-tweet. pic.twitter.com/HJgSBejAC5

So you’re fine with how he draws UNLESS it’s a native…..good thing he draws men & women of EVERY RACE so well or the whole world would be pissed. But good for you for fighting back lol #youretheproblem

What a privileged life you must lead, if this offends you.

That picture is amazing! Campbell is a terrific artist and this is a terrific piece. If I could find a poster of it I would buy it and display it proudly IMMEDIATELY. @JScottCampbell

You’re just race hustling. 30 sec of searching will show that @JScottCampbell will wonderfully draw pinups and comics of crazy-sexy people of any race/ethnicity/culture. Bound up, in crazy danger, etc. His delectable brand of cheesecake comes in equal opportunity flavors. ?❤

Art is fantastic and grow the hell up the character isn’t real. You may not like it but hey it’s art and not everyone likes art. Then again your just making it so native americans are to weak to be treated like normal people.

Campbell would go on to defend himself from the attacks.

I’m someone who considers myself to be be a lifelong progressive, but my god, do liberals love to attack their own! As an artist I get regularly attacked for not being “woke” enough to every micro-aggression & identity politics. No wonder the Right gets annoyed by us, geeze

Btw, just little friendly FYI for a few of you newbies to my very popular Fairytale Fantasies series from a few years back. It was pretty obvious the playful pin-up styled images were ALL of adult aged reimagines of classic characters. Pretty much everyone at the time caught that

So, to recap MY evening, a few years ago I drew a scene from Peter Pan with what I thought was a harmless & playful depiction of an adult-age Tiger Lily. And tonight got called a “racist” and a “pedo” for having drawn that. Thanks Twitter. How’s your evening going…?

However, his defense of his artwork would outrage the original poster and the small minority attacking him.

White fragility to the nth degree that he has to fish for compliments from stans to justify his inability to learn and respect. Called a racist and pedo; if the shoe fits ??‍♀️ https://t.co/g7KyHq4R1o

This is a really privileged and rude ass comment.

The proper response to a Native woman telling you your art is a harmful depiction of Native women would have been, “My apologies, I wasnt aware but I will educate myself and do better.”

Also, Disney was wrong to do it too. https://t.co/LsiGUbWkyZ

Ugh this guy loves to play the erasure game too by trying to diminish Native women to just being outraged liberals & such…nothing to do with liberal issues. & “attack their own”? Uh no guy, we’re not in the same category. & nice little try to play victim too. Attacked? Oh man? https://t.co/airF0iRV1v

GRated does not exempt childhood indoctrination into paradigms of colonialism. That’s how indoctrination works, it could itself as innocent. Doesn’t lessen the systemic harm that Ndn women face because Disney corporation decided to profit on colonialism. https://t.co/pecz3tfanD

Framing this as general harassment from liberals when it is NATIVE people telling him how the image he drew perpetuates harmful stereotypes against Native women. He didn’t know then. Well now he does, and his lack of compassion is the issue. https://t.co/s9QkYrSHX4

This is pretty sickening behavior to label J. Scott Campbell as a racist and pedophile all because he drew a standard image of Captain Hook and Smee having captured Tiger Lily. There is nothing wrong with Campbell’s artistic style and the image is not racist and certainly does not promote pedophilia.

I also have to applaud Campbell for defending his artistic license instead of apologizing and putting his tail between his legs. There is nothing to apologize for and his art does not “perpetuate harmful stereotypes against Native women, just like Rafael Albuquerque’s Batgirl #41 variant cover didn’t perpetuate harmful stereotypes against women, despite a similar outcry that actually got DC and Albuquerque to pull the cover. 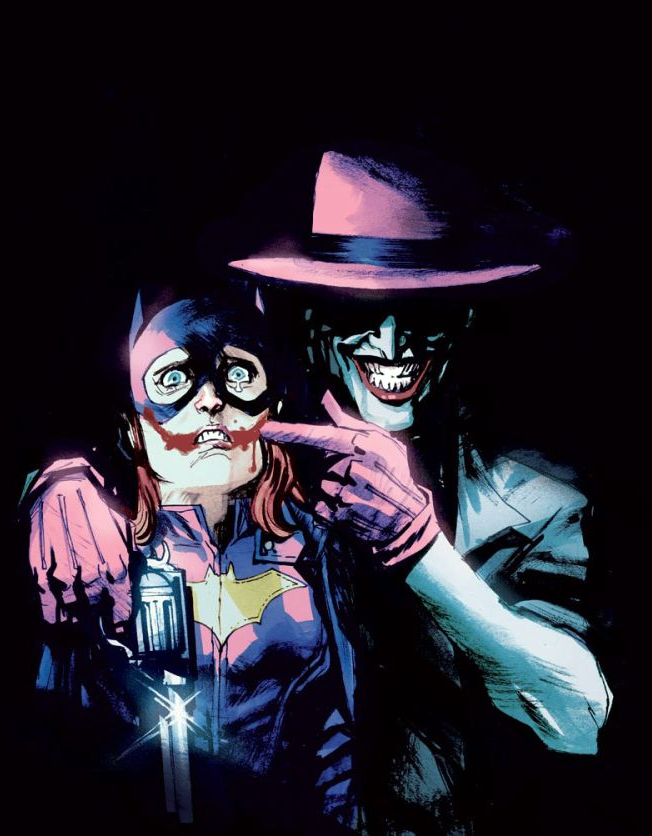 Or just like Riley Rossmo doesn’t perpetuate harmful stereotypes against white men he draws Batman captured by the Joker and The Stag. 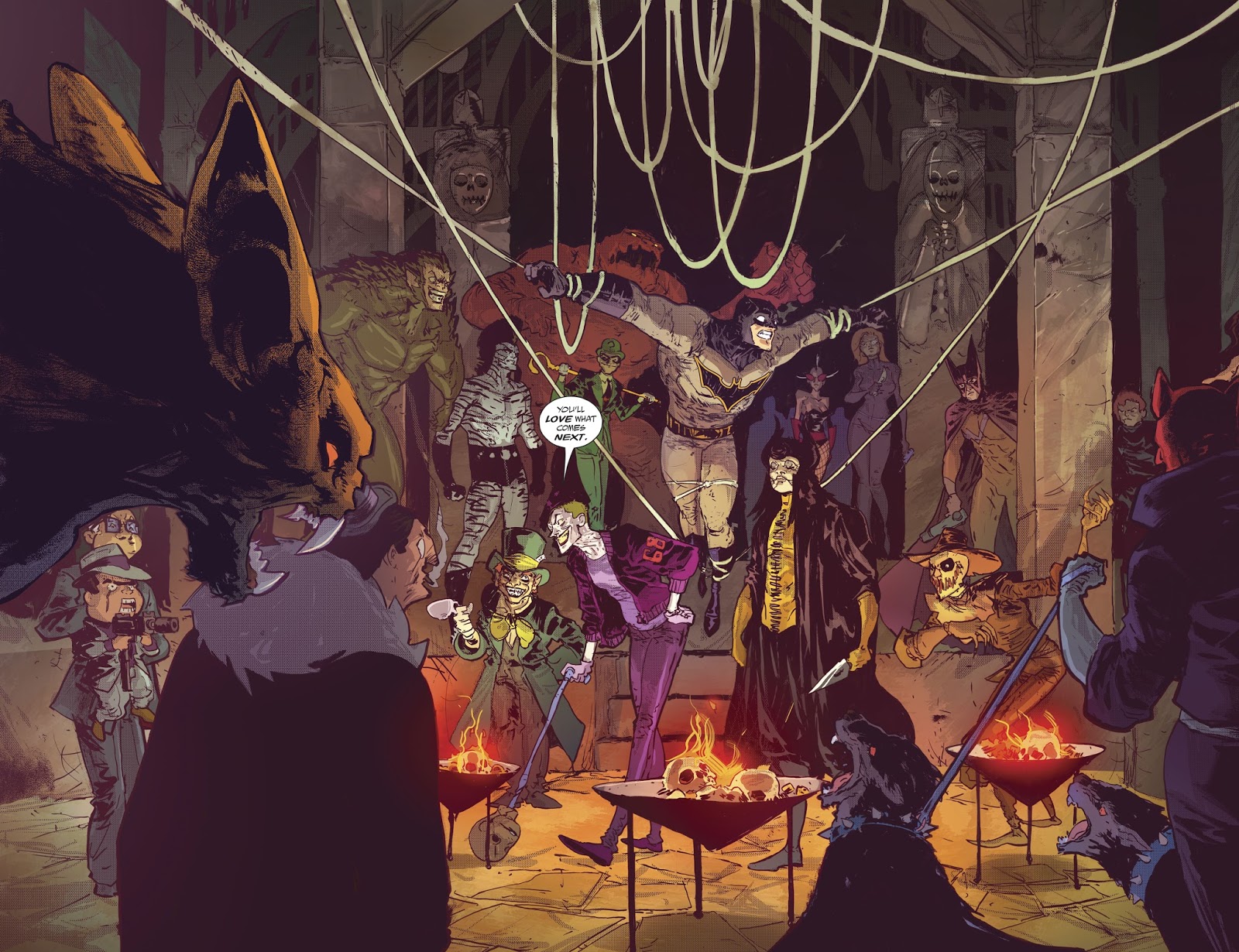 The list of comic book images that show people tied up and captured could go on for a very long time. None of them promote harmful stereotypes.

There is nothing to be offended by in Campbell’s artwork and it definitely should not inspire one to call him a racist or a pedophile. That’s simply vile and disgusting.