Tim Doyle has been on a quest to defame Ethan Van Sciver at every turn. Doyle has labeled Van Sciver everything from a homophic bigot to a Nazi. Van Sciver has denied these labels every time Doyle brings them up.

However, that hasn’t stopped Doyle from continuing his campaign. After Ethan Van Sciver announced he was no longer working at DC Comics, Doyle revealed his real reason for going after him.

Maybe one day, but I want to do CYBERFROG for the next couple of years at least. I want to own something I create. DC is great, was good to me, and I had a good time there, but it’s time to try to get rich. 🙂 https://t.co/fFOahUNgdU

When one Twitter asked for evidence of Van Sciver being a bigot, Doyle replied, “Exhibit A through Z is Ethan being a Trump voter.” 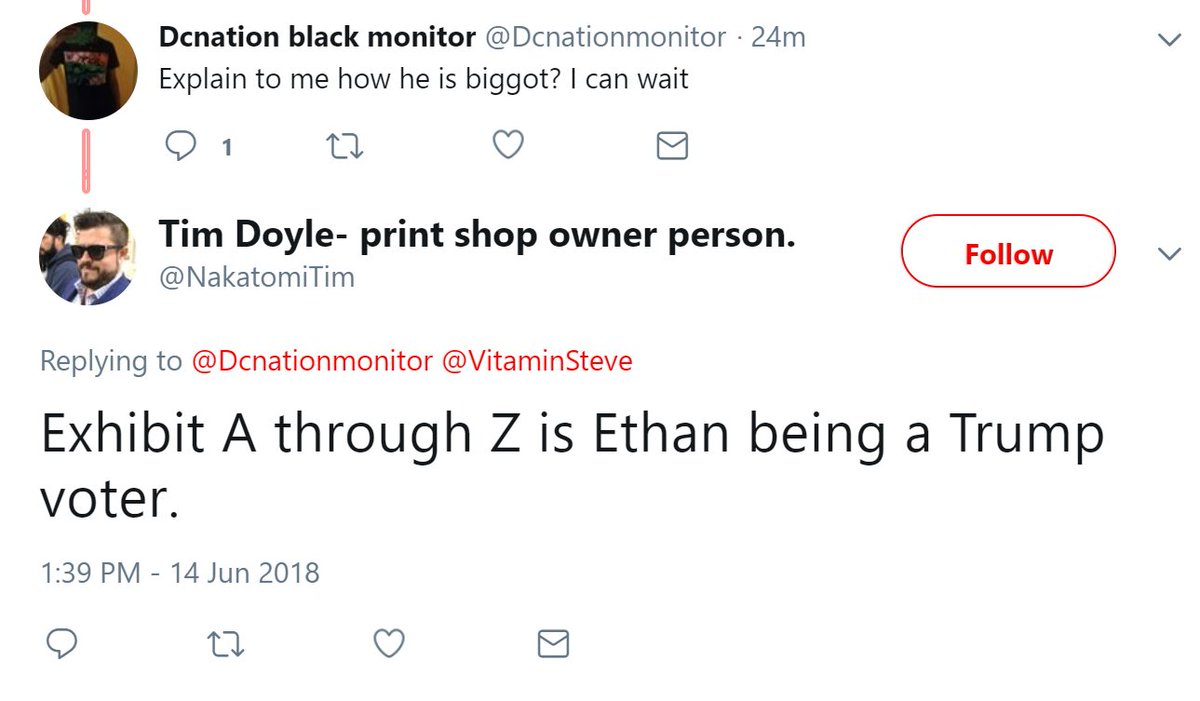 You read that right. Doyle’s primary reasoning for attacking and defaming Ethan Van Sciver was because he was a Trump voter. He even believes that Van Sciver is a bigot because he voted for Donald Trump for President.

But Doyle wouldn’t stop there. He doubled down on his attacks labeling Ethan an “alt-right a**hole.”

Ethan is no longer getting work at DC. I heard this months ago, but now I guess it’s public. I wonder why that would happen…oh right, he’s an alt-right asshole. https://t.co/1efsY0ndDM

Van Sciver wasn’t having any of it and quickly exposed Doyle’s entire campaign to his followers.

SJWs have been harassing me, lead by this fellow, for two years now. Called a Nazi, a bigot, rumors spread about me which have made life uncomfortable. When asked why they are doing this to me, an answer finally comes. pic.twitter.com/zTEtOodoqO

He also doubled down on his support for the President of the United States saying “I did vote for the president. Still glad I did.”

This sounds good in their heads. But it sounds pretty sick to normal people. I did vote for the president. Still glad I did. If this strikes you as cause to try to ruin someone’s life, you have no place in polite society.

While Doyle attempted to defame and antagonize Ethan Van Sciver at almost every turn over the past two years, Van Sciver has only come out stronger. Doyle’s tactics have massively backfired and Ethan Van Sciver is setting out on his own to create a brand new graphic novel about one of his oldest properties, Cyberfrog.

Van Sciver has been running an IndieGoGo campaign for his upcoming graphic novel, Cyberfrog: Bloodhoney, which has earned nearly $210,000 as of this printing.