The Scandinavian-like landscape stands bleak and cold against the grey sky. A young girl, not hardly a teenager braves the harsh elements season after season taking care of her seemingly comatose father. Why is she in this position? What happened to her father? What kind of world are we getting a peek at here? Some of these questions are answered while others are left intentionally vague in Dark Horse’s compelling new series, Sword Daughter.

In just a few opening panels writer Brain Wood and artist Mack Chater set up the instantly intriguing plight of a poor girl and her father and the book’s creators succeed immediately at what many first issues struggle to do throughout their entire thirty-two pages: they make you want to know more. The minimalistic art style, coupled with the equally minimalistic dialogue set up the rest of the story more successfully than lots of comics do with paragraphs of dialogue. 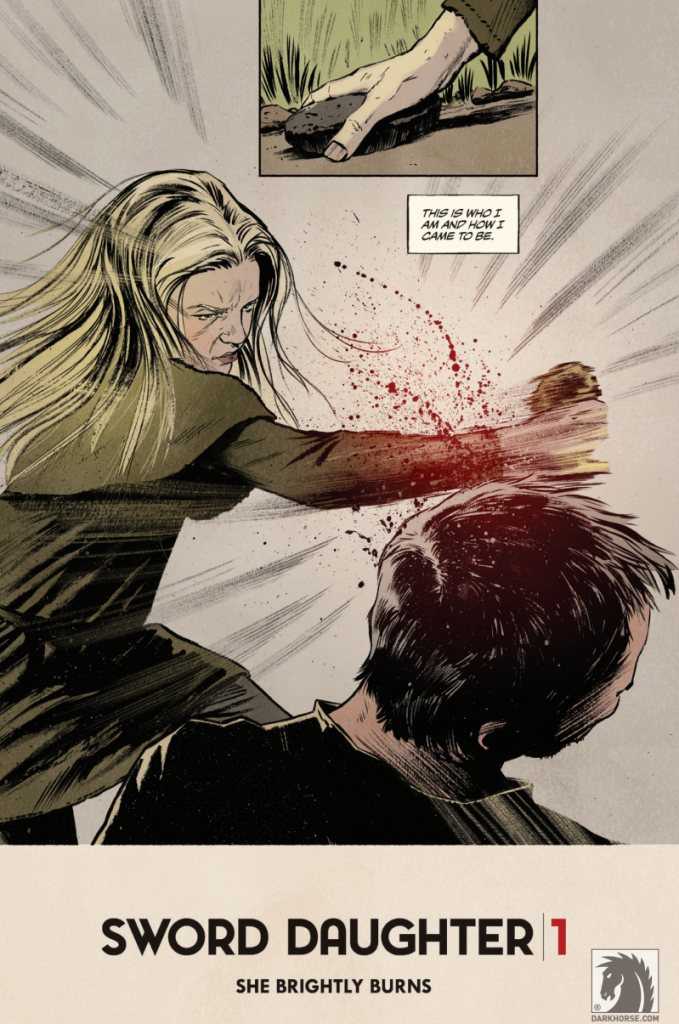 The artwork is definitely worth noting as it is the first thing that anyone will see. It’s all done in a quasi-realistic way that compliments the grounded and serious tone of the book. Nothing is overly detailed, but it works to the strength of the book. The bleak landscapes, muted colors, realistic character models, etc. wonderfully pull the reader into the lonely world.

The story itself is equally compelling. While I would have liked a little bit more explanation or exposition regarding the how’s and the why’s of what was going on, what we did get was compelling enough to get me excited for the next issue. The idea of a father falling comatose after the slaughter of his village is an interesting concept, especially when you find out that his only surviving daughter has been taking care of him for ten years. How in the world she’s been successful at that is still a mystery, but hopefully, future issues will explain it a little more in detail.

The villains of Sword Daughter are also an instant win in my book. They are a group of killers known as the Forty Swords and even though we don’t get a lot of time with them, the short time they’re on page is enough for them to make an impact. They are masked and mysterious raiders who seem to kill with impunity. Every panel they’re featured in is bathed in red, which accentuates their creepiness and I, for one, can’t wait to see more of them! Their heinous acts of pillaging and murder kick-start what promises to be  rousing revenge fueled yarn. 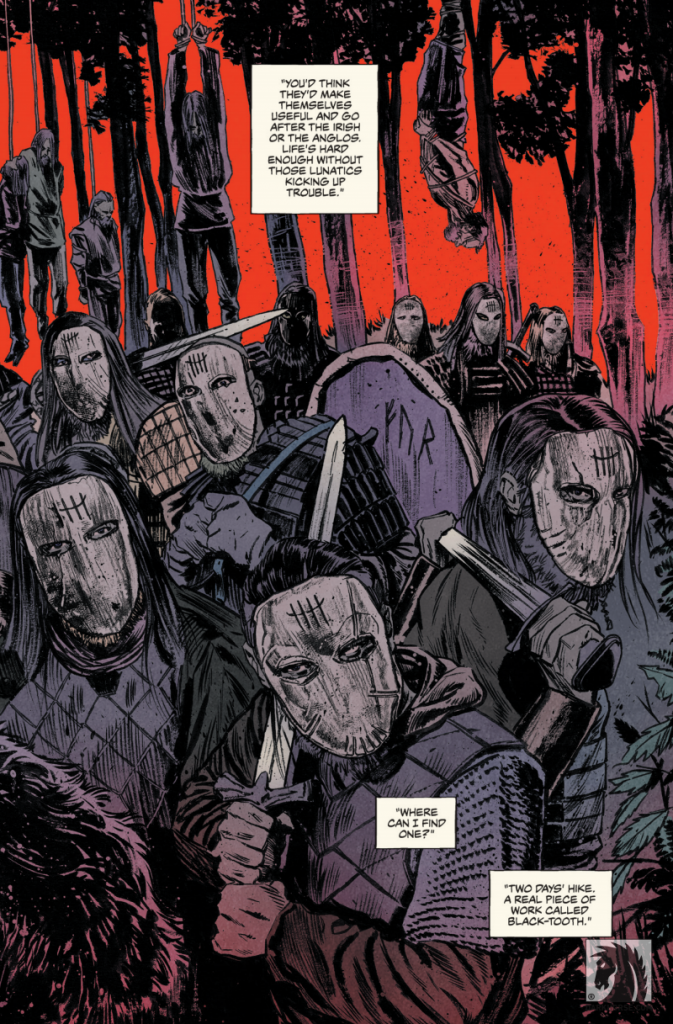 That being said though, I was left wanting a little more by the end. I don’t know exactly how to describe it, but finishing up the first issue of Sword Daughter was not unlike enjoying a delicious meal but upon completing it, still feeling hungry. It’s a strange thing in that I can typically point out specifics about comic books that leave me feeling wanting, but with Sword Daughter I cannot. There was nothing wrong with any of the book, but I almost felt like I only got half the story I should have. Perhaps it was intentional on the creator’s part in an effort not to give too much away too early, but I couldn’t help but feel as if some more explanation concerning a few story points would have made this first issue a more complete book.

Small gripes aside, The first issue of Sword Daughter does an admirable job of sinking its hooks into the reader. I am genuinely interested to find out what the Forty Swords are up to, how Elsbeth managed to care for her father for a decade, why she smacked him in the face with a rock, and why in the world she only speaks in symbols. Sword Daughter #1 may have not been everything I had wanted it to be, but it sure gives me a lot of hope for the future of this series.