The new oath as recited by the Corps’ new leader is as follows:

We feed and grow, beyond all Sight…

Your Darkest self shall be our Knight,

Wield the Sword of Unseen Light! 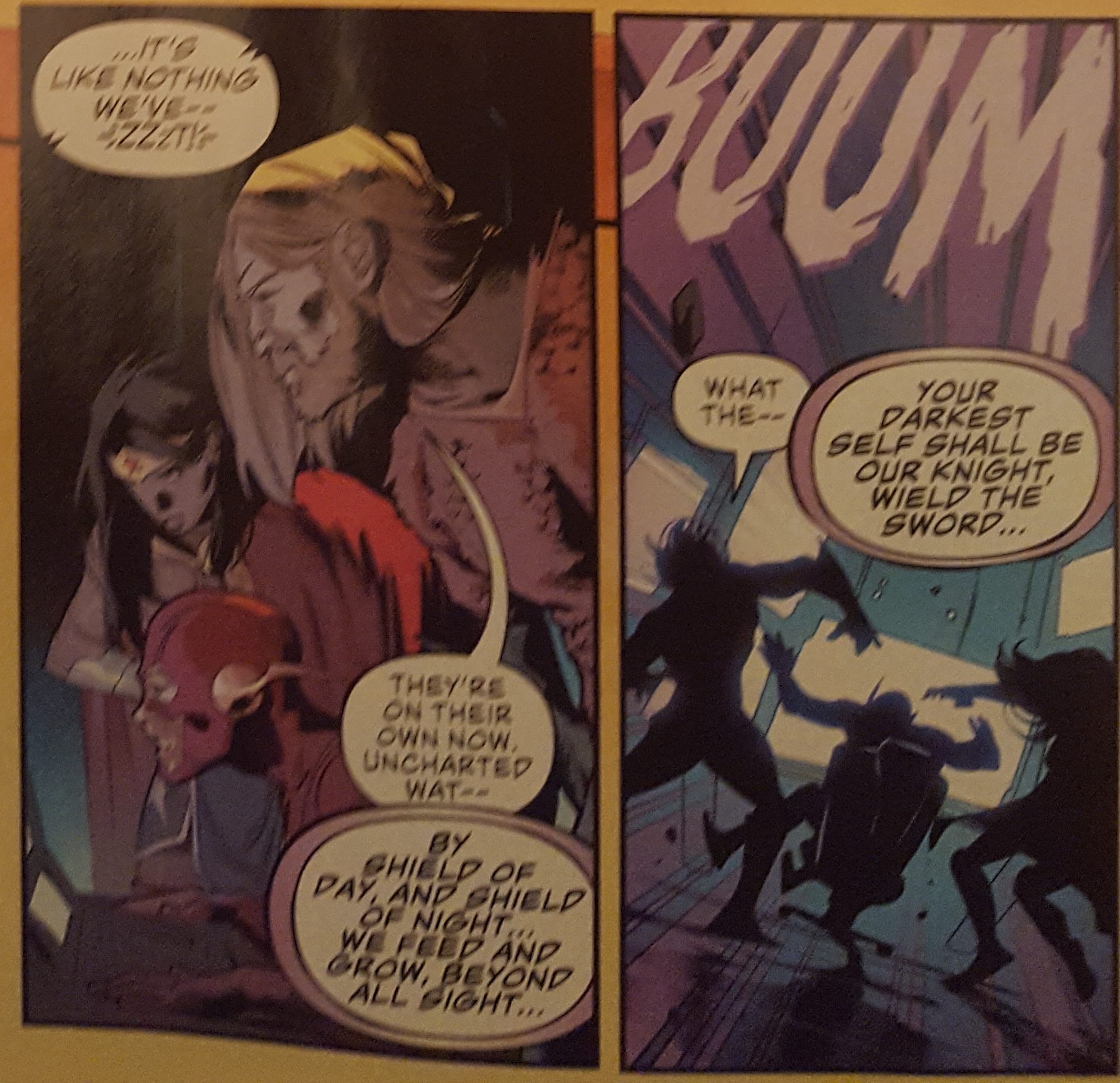 And just who exactly is the leader of Ultraviolet Corps? Former Green Lantern, architect, and Marine John Stewart. 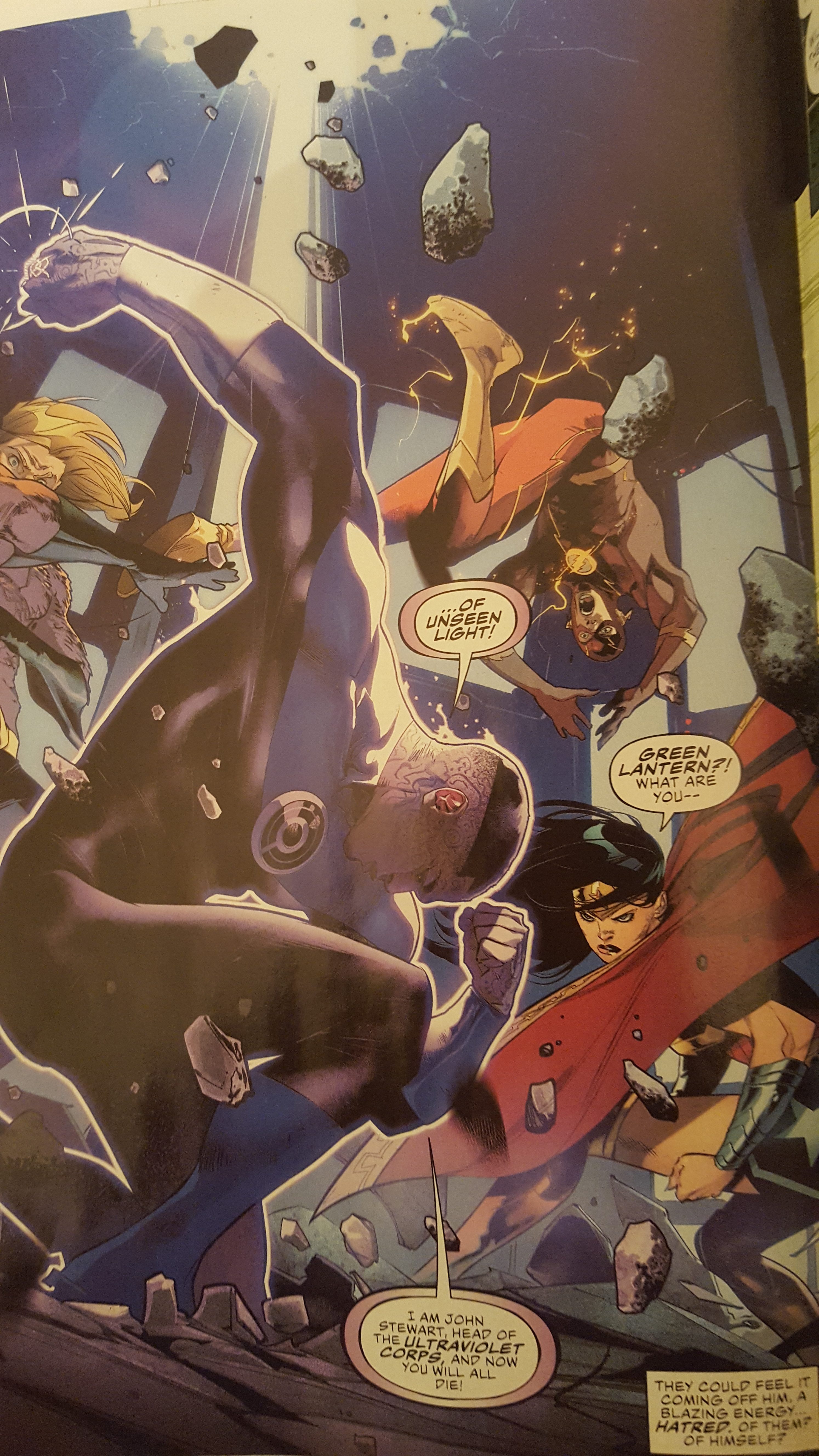 And just what type of emotion does the Ultraviolet Corps feed off of? Well it appears to feed off of hate if the small narrative box at the bottom of the page is any indication. It reads, “They could feel it coming off him, a blazing energy…Hatred. Of them? Of himself?”

Now, you are probably wondering just how John Stewart became the head of the Ultraviolet Corps. It’s pretty simple, but also complex at the same time.

The simple explanation is that Sinestro turns John Stewart into the head of the Ultraviolet Corps. But how he does it is another question unto itself. 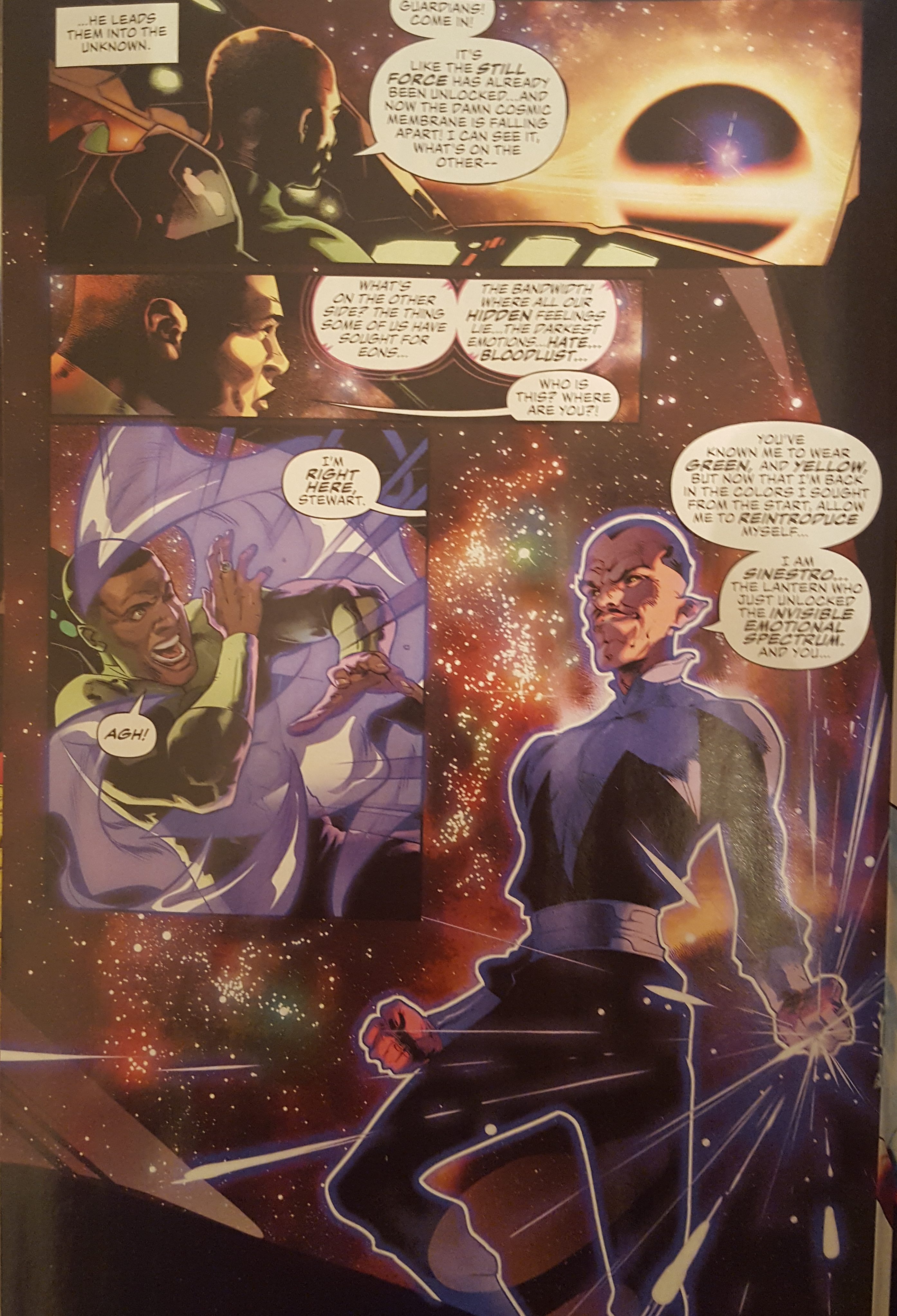 Snyder and Jimenez don’t really give us any details. The art just shows Stewart being enveloped in a purple light and the next time we see him he’s the head of the Ultraviolet Corps.

Justice League #2 is another fun romp into the cosmic side of DC Comics. There’s plenty more happening other than the Invisible Emotional Spectrum. Lex Luthor and the Legion of Doom are up to something as the Justice League attempt to figure out what the Totality is. If anything is lacking it’s an explanation of what the Cosmic Membrane is and what’s its purpose is. I feel like a guidebook or some kind of reference sheet would be extremely useful.