He’s finding the best talent and bringing them onboard in order to make Stark Unlimited even better than before and a big chunk of that includes better designs for his multiple Iron Man suits. And we get to see quite a few of them in this issue.

However, one of the suits sticks out, because it’s so humongous, and it appears to be built for a specific purpose much like the Hulkbuster suit.

This new suit is over 20 stories tall and is made specifically for a 3F alert. A 3F alert is triggered at Stark Unlimited when the Marvel villain Fin Fang Foom arrives. 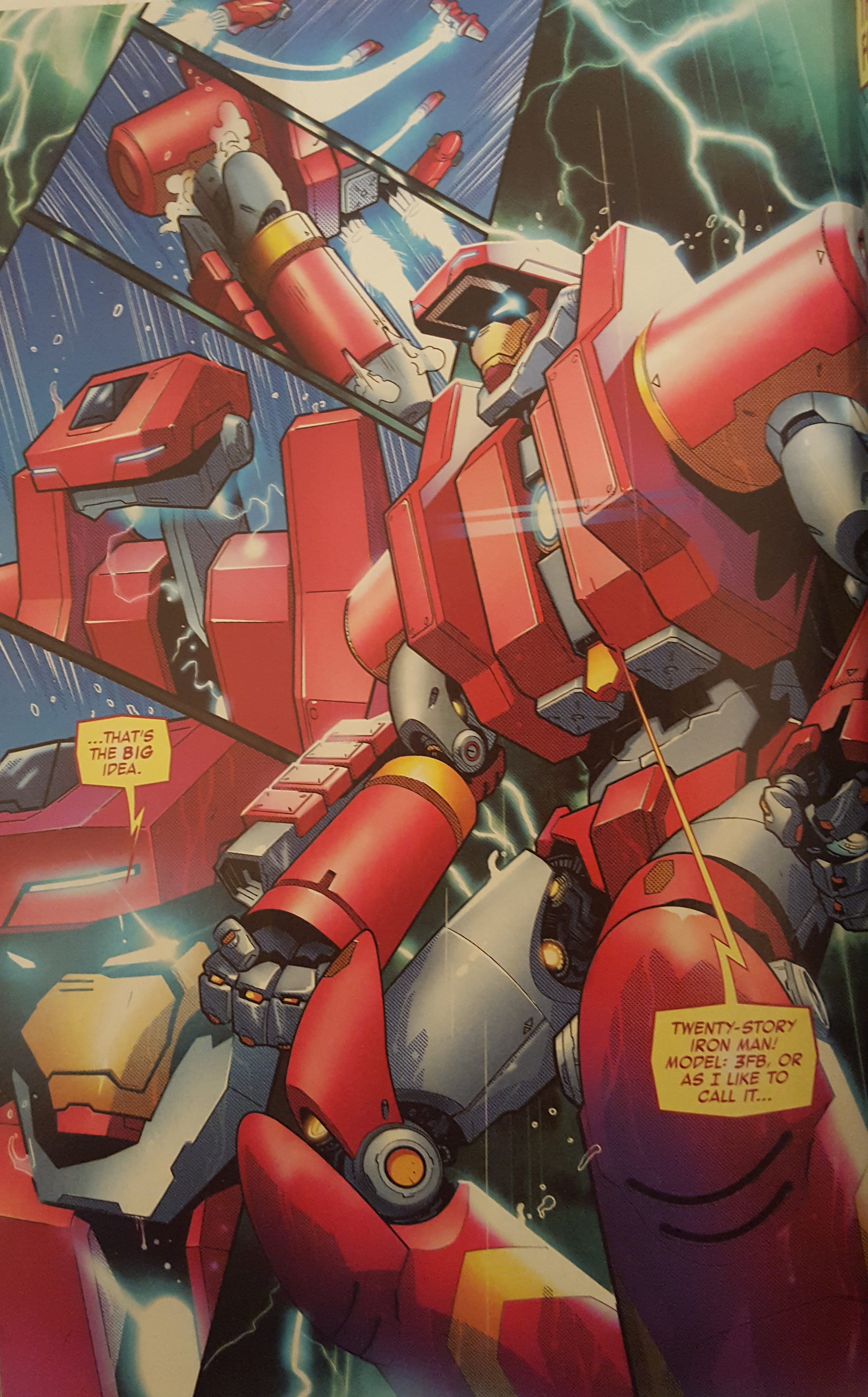 It’s got a Pacific Rim, Power Rangers zord, even a little bit of an Optimus Prime vibe going out. I’m not going to lie, it’s pretty cool to see Tony Stark in an absolutely enormous Iron Man suit duking it out with Fin Fang Foom. 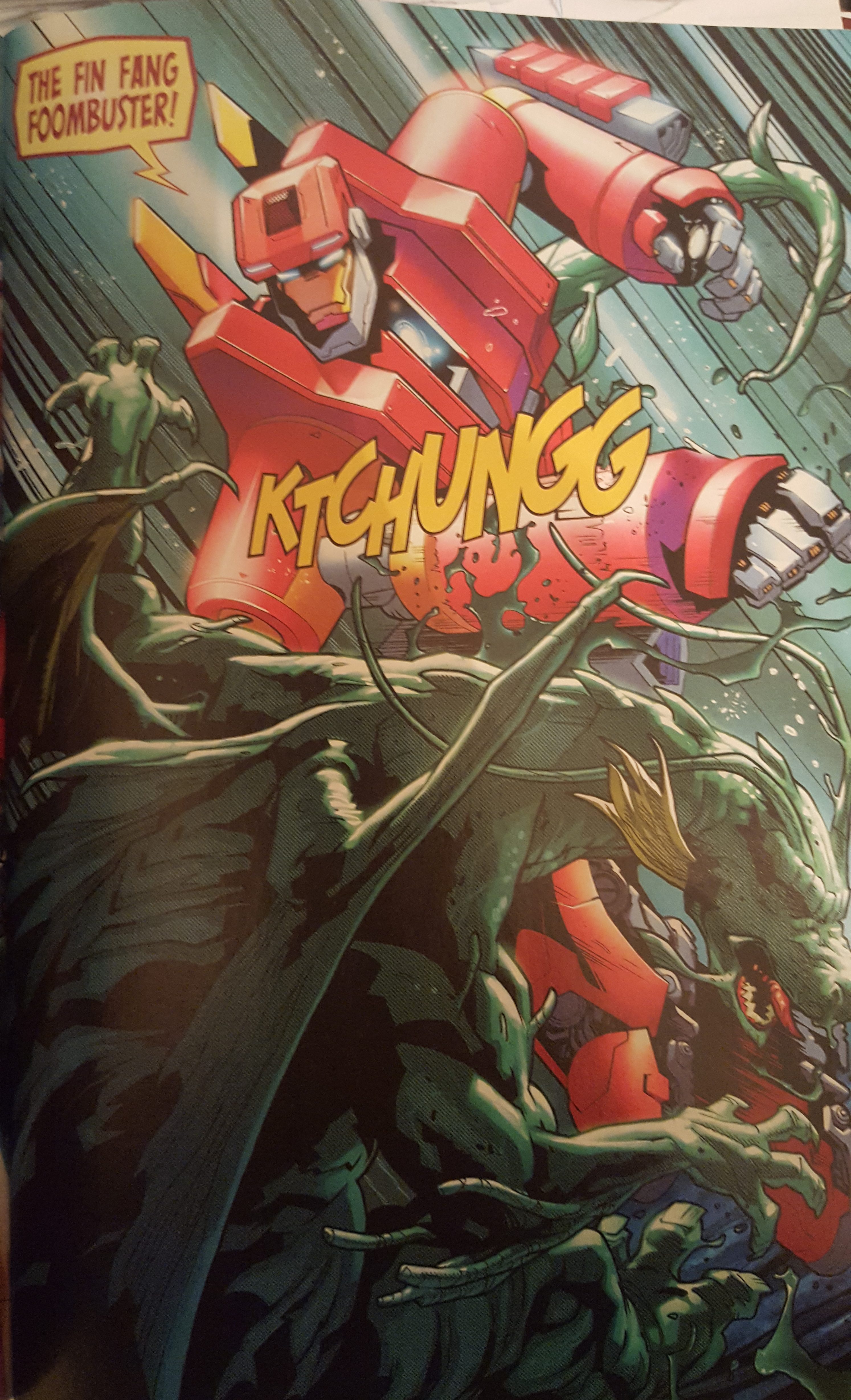 Unfortunately, the armor still needs some tinkering as Fin Fang Foom makes short work of it. I’m not sure if Tony would be able to cut it alongside Stacker Pentecost. 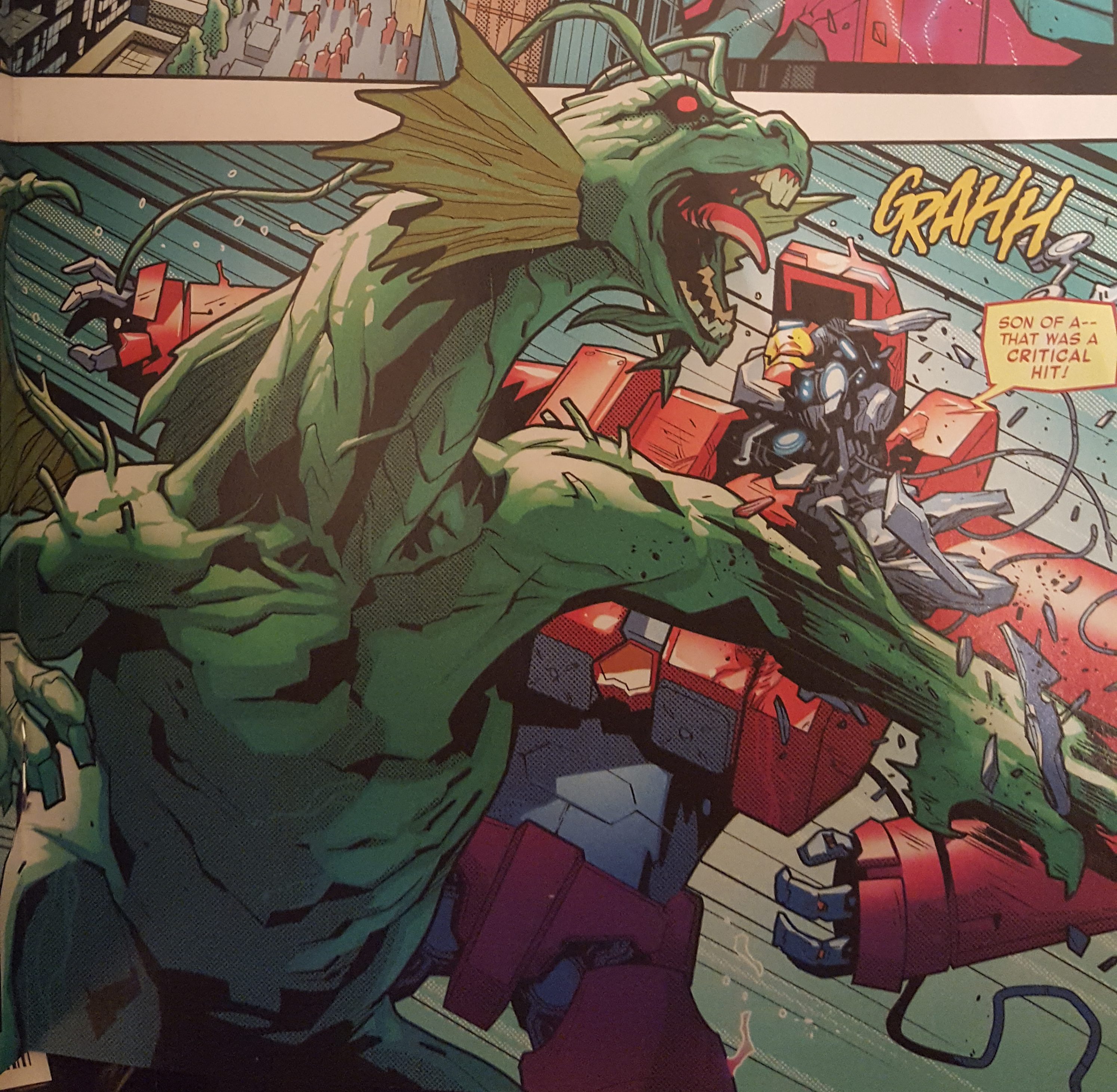 Hopefully, this won’t be the end of the Fin Fang Foombuster, and we will get to see it sooner rather than later.

As for the rest of the story, it was quite enjoyable. There were some jokes that fell a little flat for my liking, but others that hit just the right spot. I liked how it incorporated Pacific Rim themes, but still made it uniquely Iron Man.

The ending of the story was a little bit of a cringe to read, but it reflects current corporate tactics which are just as cringey.

The book even includes a post-credit scene so make sure you don’t get fooled by “The End.”

Overall, it was a fun and enjoyable read and I’m looking forward to seeing where it goes.