Eisinger implied President Donald Trump should be taken to the guillotine and have his head chopped off just like they did during the French Revolution.

The French knew what to do to people like this. 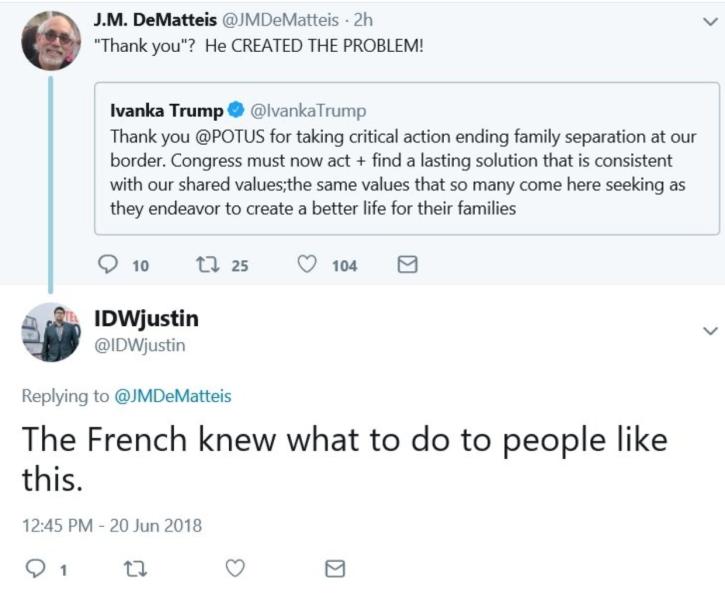 But before he threatened to kill Trump via guillotine he promoted violence against Trump supporters by asking a reporter if she punched a Trump supporter in the face.

Did you punch her in the face? 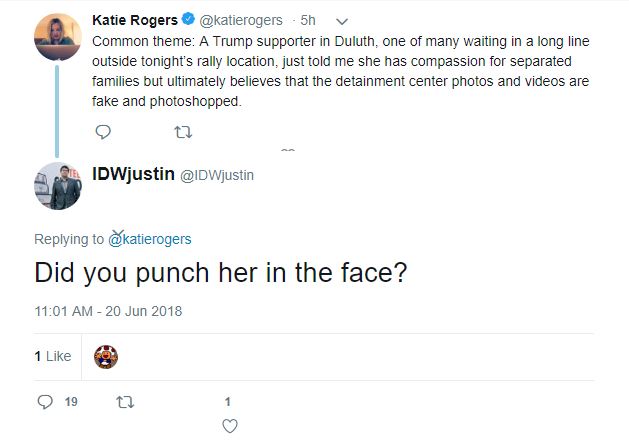 And if you thought that was all, he flat out stated he wished to choke President Trump supporters into submission.

Completey normal people have taken to cursing and swearing throughout their messages because the pain of being unable to choke these assholes into submission is unrelenting.

Eisinger is the latest in a string of comic book creators attacking Donald Trump and his supporters. Newly minted Vertigo Comics writer Rob Sheridan launched a vicious attack the President and his supporters earlier this week. He was joined by Guardians of the Galaxy director James Gunn, who called Trump supporters “piece[s] of garbage.” We’ve also seen people like Tim Doyle target comic book professionals Ethan Van Sciver and Mitch Breitweiser for their support of the President.

The comic book industry appears to be filled of people who viciously hate their customers that they go out of their way to insult them and even threaten them with violence. It’s vile and disgusting and should not be tolerated.

Do you think IDW should take action against their Editorial Director Justin Eisinger? What kind of action do you think they should take?