“Join us on the Justice League. Today. Now.”

A simple message that absolutely every single reader needs to adhere to – join the Justice League. When Scott Snyder first discussed his approach to the series at WonderCon, he promised to deliver his most epic comic yet. That’s exactly what he’s doing. Justice League #2 continues the amazing momentum that began in the series’ debut. Jorge Jimenez replaces Francis Manapul on art duties, but provides equal depth and complexity. No corner is underutilized; no page lacks for anything. This is comic storytelling at its best.

Our favorite team is experiencing some cosmic turbulence. Massive craters created by existentially-powered asteroids is not something you deal with every day. When you’re in the League, it comes with the territory. Every member is trained for this kind of situation. So everyone lends a hand. In past stories, some characters feel shoehorned or superfluous. Forcing teamwork just to get the team together. Somehow, Scott Snyder makes every superhero feel important. Dividing the League into different teams is one thing, but this story continues to jump across time and space to tell different stories. This is ambitious storytelling at its finest. The villainous Lex Luthor is getting as much character development as the recently revived Martian Manhunter. It’s a fascinating story that seems to only get better and better.

With Justice League #2, this series is already the kind of superhero series fans dream about, and it literally just started.

Scott Snyder has proven himself to be one of the best team book writers in comics. With just two books: Dark Nights: Metal and Justice League. Every single hero gets a line; every story has a hook. Where as most writers struggle to write every hero into the same room, Scott Snyder came up with a better idea. They don’t always need to be in the same room, they just to need to remain in contact. Enter Martian Manhunter. One of the most clever uses of the character ever is enough to justify his place as the new leader of the team. Justice League #2 isn’t just proof that Snyder listens to the fans, it’s that he’s a fan too. 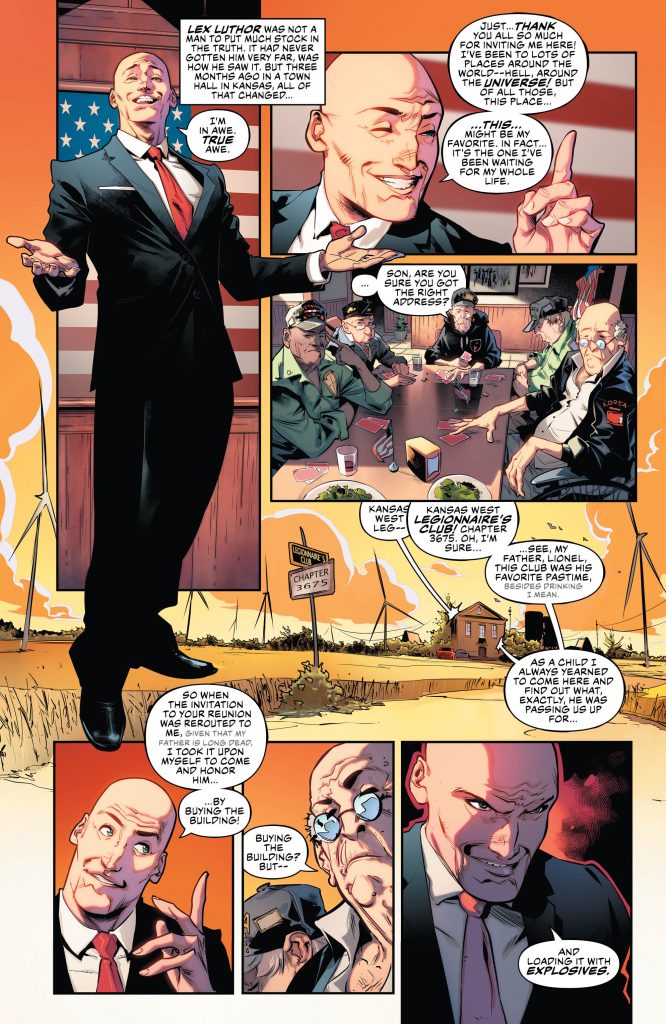 Snyder has missed seeing Manhunter run around with the team as much as the readers have, so he’s brought him front and center. That’s just one part of the DC Universe that Scott Snyder is  improving. The cosmic tale he’s throwing them all into is even more tantalizing.

The Source Wall is down, it’s time to deal with the ramifications. A team divided is bound to fall, and so it does. Lex Luthor’s Legion of Doom is getting just as much focus as the Justice League. One could argue that Lex is the main character of Justice League #2 as he explains his new ooutlook with true purpose. He isn’t a villain because he doesn’t see himself as one. It’s truly terrifying, and one of the most exciting DC stories in years.

“I didn’t join this group for Mystical Mumbo Jumbo.”

Jorge Jimenez will be sorely missed on Super Sons. It was an amazing series that turned Jon and Damien into one of the most exciting pairings in comics. It makes sense that Jimenez would move on to bigger pastures, and that he has. Justice League #2 is every bit as breathtaking as the previous issue. Every panel will make you stop in your tracks and stare with awe. It’s humorous and rigidly serious; stylish and still simple and clear. There’s a fluidity to his work that makes characters like Martian Manhunter and Flash fly off the page and into your imagination. 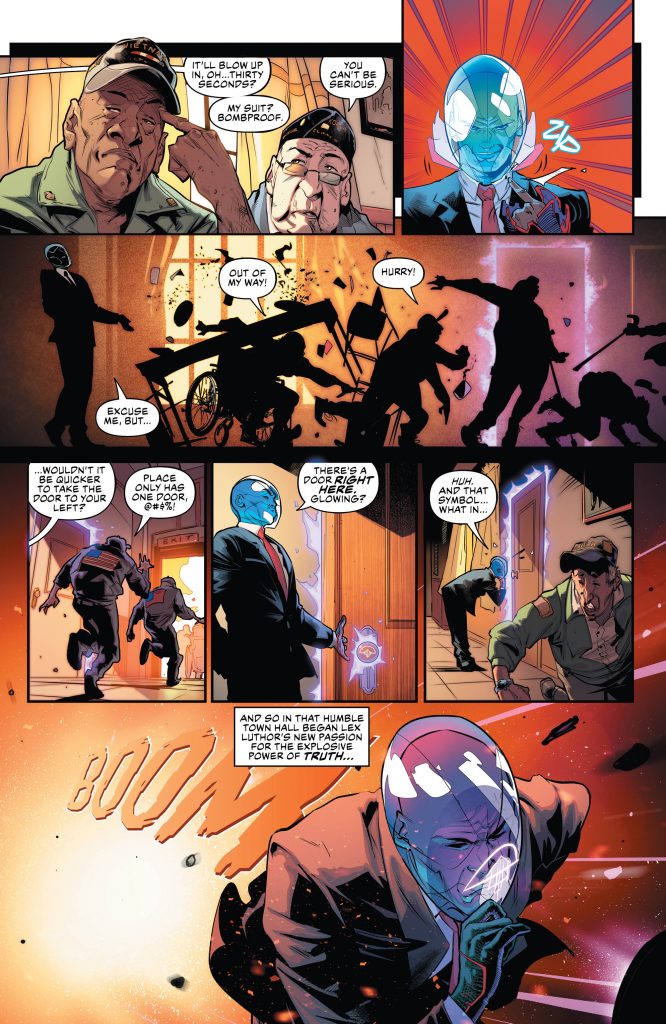 Everything from the designs to the backgrounds are filled with a ridiculous amount of detail. He captures whatever emotion Scott Snyder needs for the moment. There’s a minor cameo from one of Batman’s most famous villains: the famous. The design is meant to be mutated and exaggerated, and ends up as more insane than anything you could imagine. This story will take your breath away and keep your attention long after your finished with its gorgeous artwork.

Alejandro Sanchez is the perfect colorist to bring Jorge Jimenez’s work to electrifying life. The only way to compensate for Francis Manapul being incapable of drawing every issue, is having an artist like Jimenez join him. Let the hits keep coming!

It doesn’t matter who your favorite member of the team is, they are represented in Justice League #2. Whether they’re a part of the overall story or a vital member of a team, every superhero gets a line. Everyone feels necessary. That’s one of the most difficult demands with team books. To make the transitions and dialogue seem natural despite the fact that it has to include so many characters. Usually one of the worst, most cringe-worthy aspects of a team series. In Scott Snyder’s Justice League, it’s the absolute highlight. Across millions and millions of miles, different superheroes speak to each other thanks to the powers of other superheroes.

It’s truly Justice League: Unlimited in comic book form. Every single superhero is part of the team, because that’s how Earth survives. In a DC Universe where the Source Wall has fallen and unimaginable powers are unleashed, everyone is necessary. It’s as much of a pleasure to read as it is to witness. The pages are filled with the intimidatingly detailed art of Jorge Jimenez and colorist Alejandro Sanchez.

Illustrating the many worlds that Snyder’s story spans was Jorge Jimenez’s destiny. These pages will fly by incredibly fast. The only fading disappointment is the law of physics that means Jimenez can only draw so much and Scott Snyder can only write so much.

Justice League #2 somehow builds on the incredible momentum of the first issue and goes even further. This is one of the most promising titles released by a Top 2 Publisher in years. Start reading!