Back to Where We Started

Tom Holland’s Spider-Man hasn’t been feeling so well… He was actually one of the many casualties of Avengers: Infinity War. That doesn’t mean that Holland isn’t still Spider-Man, it just means that there’s going to be a story or two before audiences see him again. Spider-Man: Homecoming was a great film. a surprise in a world tired of new Spider-Man’s. It’s no surprise then that director Jon Watts is back for the sequel.

And on top of that Tom Holland is getting fans excited by revealing the title of the next film in the franchise, Spider-Man: Far From Home.

Sorry for no announcements, but I love you guys ♥️

The world doesn’t deserve a Spider-Man as good as Tom Holland. In a hilarious video prefaced with an apology for no new announcements, fans are treated to the new title. One that builds on the Homecoming in the original title. It’s a clever way to introduce a sequel, if it wasn’t an accident. So who’s coming along for that sequel? 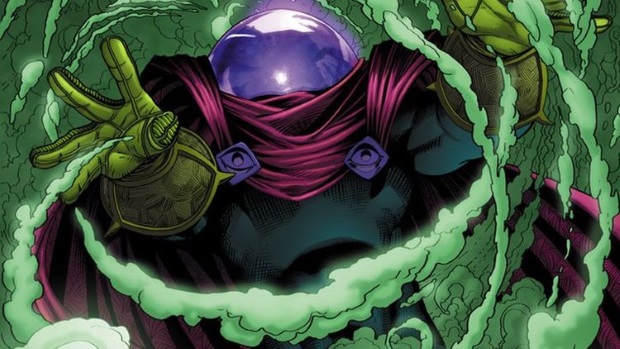 It was recently reported that Jake Gyllenhaal was in talks to star in the sequel as Mysterio. Stunning the fans who expected him to bring a certain Caped Crusader to life. However, the chance to see Gyllenhaal chew scenery as a Marvel villain could have just as much potential.

One of Spider-Man’s most famous villains, Mysterio has a long list of interesting powers. The original character iteration is named Quentin Beck, a special effects mastermind who gets tired of his “run-of-the-mill” job. With such useful skills, he turns to a life of “supervillainy” instead. A pretty normal decision for an everyday comic book character. Beck’s implemented magic, hypnotism, technology, teleportation, and telepathy into his skill set. Enough to make him one of the most dangerous villains that have yet to appear in a Spider-Man film.

Now, he gets his chance with one of the best actors working today. Just how is Mysterio going to work into the sequel? Well, that’s a mystery. Peter Parker isn’t exactly on Earth right now, in fact he’s quite far from home. Beck could be a danger that comes to life in his absence. Let’s just hope Tom Holland’s Spider-Man gets back in time to help.

But how exactly is that going to happen? Expect The Avengers 4 to have the answers to that question. As many have speculated, there’s no way Marvel Studios just killed half of their franchises. Most, if not all of those vanished heroes are going to come back with a vengeance.

The release date for Spider-Man: Far From Home is rumored to be July 5th, 2019.