Now on its fourth issue, Gideon Falls is firmly cementing itself as one of, if not, the best new horror comic available today. The artwork and writing of this slow-burn supernatural chiller from Jeff Lemire and Andrea Sorrentino has certainly hit a chord with audiences and has become an under-the-radar hit for Image Comics. Issue #4 continues the stellar and chilling storytelling of the preceding issues while also slowing down just a little bit for some exposition and world building.

Father Fred has finally made his way to see Doc Sutton and the issue opens with the Doctor’s explanation of the history that Gideon Falls has with the mysterious black barn. We are filled in on plenty of interesting history, if not so much of the barn itself, on the people who it seems to have an effect on. Apparently, it stretches back years and can only be seen by certain people. That’s about all the explanation we get, but it’s enough to keep the reader engaged. 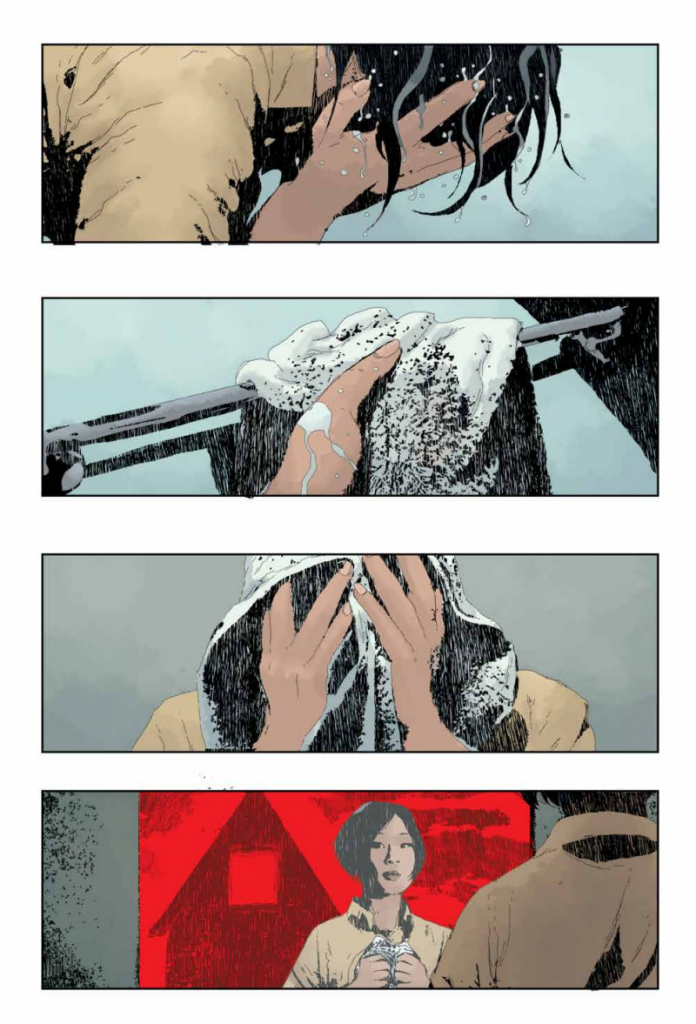 Father Fred himself continues to be the most interesting character in the story, at least to me. He is a man of devout faith, but still cannot accept the supernatural explanations, even when he witnesses them himself. His resolve reminds me of that of Agent Dana Scully of The X-Files and I find myself identifying with him on a personal level. As a minister myself I live with a firm belief in God and believe every word of the Bible. However, even with my faith in things like that I don’t believe even a little in things like ghosts, Bigfoot, or the like (although I love documentaries about those things). Father Fred is a conflicted individual being pulled in two directions and he continues to be a dynamic and well-written character.

Norton didn’t have as much to do in this issue, almost nothing, really. However, we do get to see his therapist, Dr. Xu come closer to accepting the horrifying reality of the black barn as her visions are becoming more pronounced, terrifying, and frequent. Her relationship with Norton is deepening because of it and where the story takes them is an exciting proposition.

We also get some welcome time with the Sheriff and the growing relationship between her, Father Fred, and the general madness that has befallen Gideon Falls. She is a vastly more nuanced character than I would have thought after just the first issue and her hardline skepticism is a good balance to the rest of the book. Thus far, she’s really the only major character who hasn’t had any interaction with the supernatural happenings and as such, is the only one who isn’t trying desperately to deny what she knows to be true. Although after the haunting final panel of the book, her involvement in the creepiness may become more substantial by issue #5. 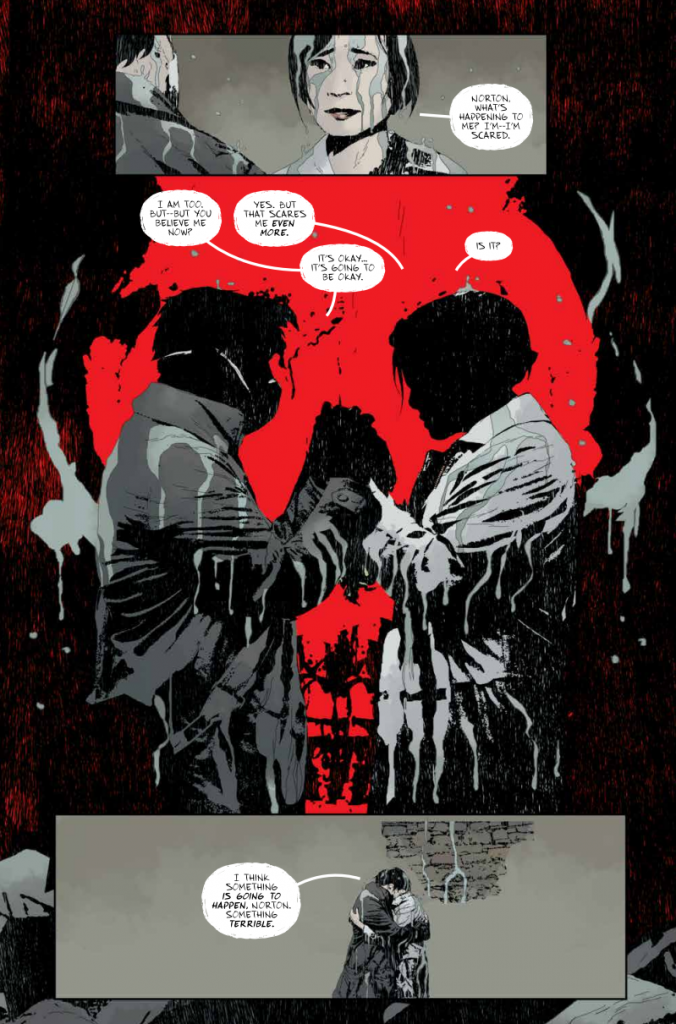 Artwork continues to be a bright spot for Gideon Falls; every page is absolutely gorgeous. The level of detail is astounding and the haunting use of shadows compliment the dark subject matter perfectly. Almost photo-realistic at times, every page is something to marvel at.

Save for the last few pages, not a whole lot really happens in this story, resulting in a bit of a slower issue this time around. That’s completely fine though, as we finally get a little bit of insight into the black barn and even though we don’t really get any explanations, baby steps are sufficient when the story is this good. Lemire and Sorrentino have a horrific thing of beauty on their hands here and now that we’re four issues in, I sincerely hope that we’re just getting started!