Disney has released a brand new poster for The Nutcracker and the Four Realms along with an official description of the film. 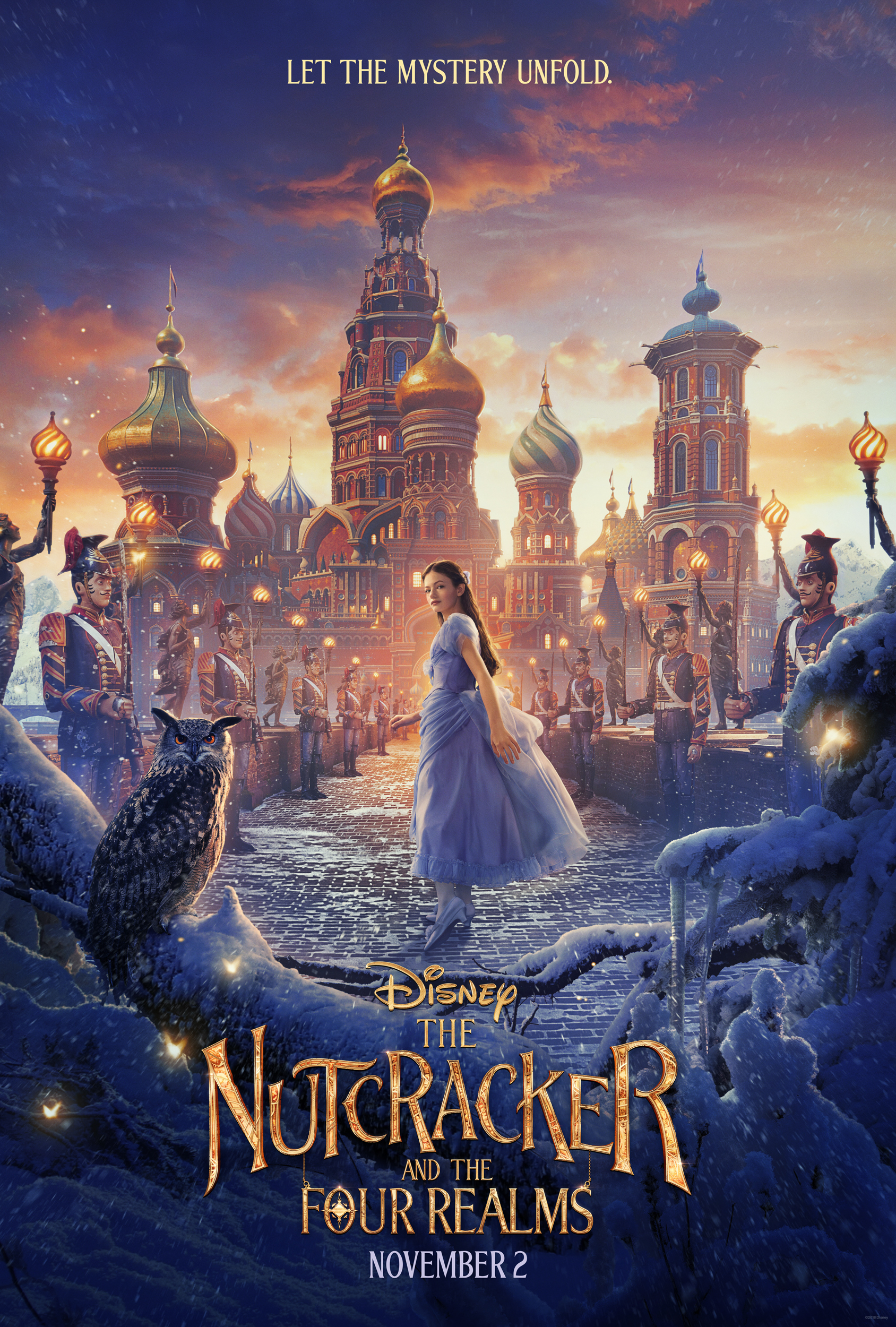 When Clara finds herself in a strange and mysterious parallel world that’s home to Land of Snowflakes, Land of Flowers and Land of Sweets, she must brave the ominous Fourth Realm and its ruling tyrant, Mother Ginger, to return harmony to the unstable world. “The Nutcracker and the Four Realms” opens in theaters on Nov. 2, 2018.

Disney released a teaser trailer back in December of 2017 that gave us a glimpse of what we can expect in the live-action adaptation. The trailer feels like The Chronicles of Narnia: The Lion, the Witch and the Wardrobe as a young girl is transported into an alternate world of fantasy and wonder. But in the fantasy and wonder there is also a darkness lurking.

The film hits theaters on November 2, 2018. Will you be checking it out?