We previously spoke with Timothy Lim about the book where he described that the story will see President Trump decide to establish a Space Force because he “learns of a deep, dark conspiracy between extraterrestrial forces and the Establishment, setting up an invasion.”

In order to combat these foes, the Space Force will need some space ships and Timothy Lim just gave us our first look at what might be the flagship of Trump’s Space Force, Space Force One.

.@Dixonverse , @BrettRSmith76 & I cannot WAIT to welcome you aboard the USSF JAMES MARSHALL, also known as SPACE FORCE ONE. It’s orbiting the moon & we’re putting the final touches in place for you, our new recruits.??

The ship is absolutely massive. You can see the scale of it as a couple of mechanics are putting together the final pieces of the monstrous ship. 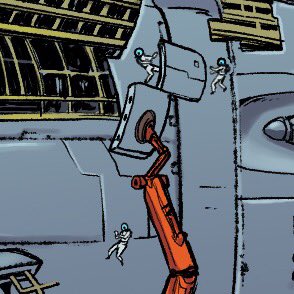 It also has a pretty awesome design. You can see the influence of the Statue of Liberty in its massive gun batteries. 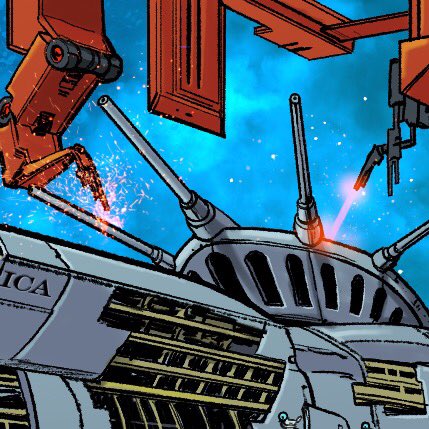 The hull is also designed in the shape of a Bald Eagle. It looks ready to feast upon the evil aliens and the colluding Establishment. 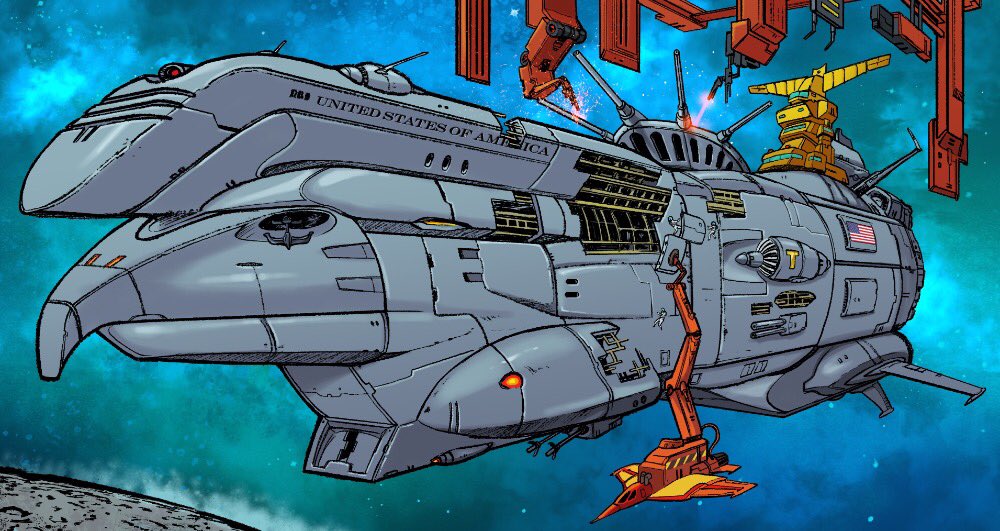 We did get a hint of the soldiers in the initial announcement. They look like sleeker versions of current astronaut fare that come equipped with powerful laser guns. 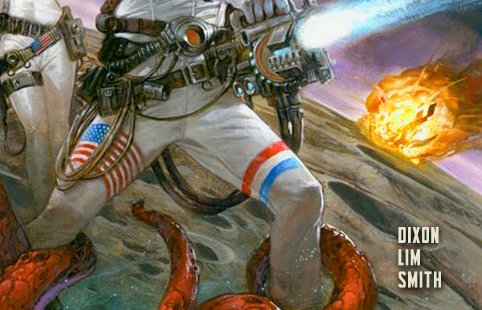 As for the aliens they appear to be some kind of squid or octopus type creature as you can see their tentacles trying to wrap around the legs of the soldier as they battle on the surface of the moon.

The book definitely looks like its going to be an exciting tale and I can’t wait to learn more!