Kevin Feige knows a few things about superheroes. He’s the current head of Marvel Studios and the architect of the Marvel Cinematic Universe. He’s one of the most successful producers of all time. But he didn’t start out that way. Feige actually got his start in the same way as Geoff Johns, through the Donner’s. As young production assistants, both Johns and Feige worked for the Donner family. Either directly for Richard or for his wife, Lauren Shuler Donner, also a producer. It’s endearing to know that these two can appreciate such wonderful filmmakers in the Donner family, despite the different Comic logo.

Well, in case you didn’t notice, the MCU is doing quite well while the DCEU is…doing some course-correction. In a recent and brief interview with Screen Rant, Kevin Feige was asked if he had some advice for the competition.

While he was hesitant to give any, he did recommend an example to follow.

“I always hesitate to come off as the person who is bestowing advice on people. It’s not really what I do. What I do know is, they’re great characters.

They’re great characters, they’re good comics, they’ve got great history. I’m not shy about saying, Richard Donner’s Superman I still think is the paradigm by which we all still should follow. It’s all there.”

There could be no bigger compliment bestowed on Richard Donner’s 1978 classic. Feige has an obvious appreciation for the film. So what exactly is he talking about? 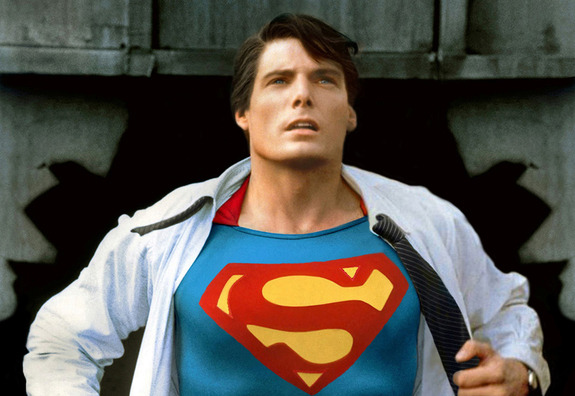 Adapting a superhero isn’t easy. Both Marvel and DC have failed at it numerous times. Richard Donner’s Superman is cheesy. It was corny even for 1978. Why? Because it was Superman. It had every part of his story, right down to the bone. This was the Superman everyone was familiar with perfectly adapted to the big screen. Christopher Reeve obviously had a lot to do with that, a performance that he and Donner clearly honed to perfection.

In a 2013 interview with Collider, Feige gave a quote that echoes the same advice.

“It’s what I say all the time and have said over the years, which is, have confidence in the characters, believe in the source material, don’t be afraid to stay true to all of the elements of the characters no matter how seemingly silly or crazy they are.”

That’s the best advice DC could follow. Actually, looking at Wonder Woman and what we know about the upcoming Aquaman, they’ve already started to have faith in their characters and are committed to showing the character’s full history including everything “silly.”

It’s time to take a step back and give audiences adaptations of their favorite heroes. The head of Marvel Studios can admit that Richard Donner’s Superman is still the superhero film to follow. Hopefully, DC Films can do the same.