Marvel Comics has been teasing an upcoming Spider-Man centric event series called Spider-Geddon throughout June, and now we are finally getting details as to what this series will be about.

The story will spin out of Spider-Man #800 and will be written by Dan Slott and Christos Gage with art by Jorge Molina. The story aims to bring Marvel’s Spider-Heroes together. Not only will it bring Marvel’s Spider-Heroes together, but it will also feature a mix of old and new villains. Marvel also promises the series will have a number of “shocking deaths and shocking returns.”

Editor Nick Lowe teases that Morlun and his Inheritors will be back to wreak havoc against Spider-Man.

“Spider-Verse took the multitudes of Spider-Characters and put them all on the same stage and we’ve been playing with it ever since. SPIDER-GEDDON straps dynamite to that stage and blows it to smithereens. The most dangerous spider-villain ever, Morlun, and his family of INHERITORS were trapped in the perfect prison at the end of SPIDER-VERSE. But like in any super hero story, there’s always a way out and you won’t believe how these Spider-Eaters get out. But they’re out and they want revenge.” 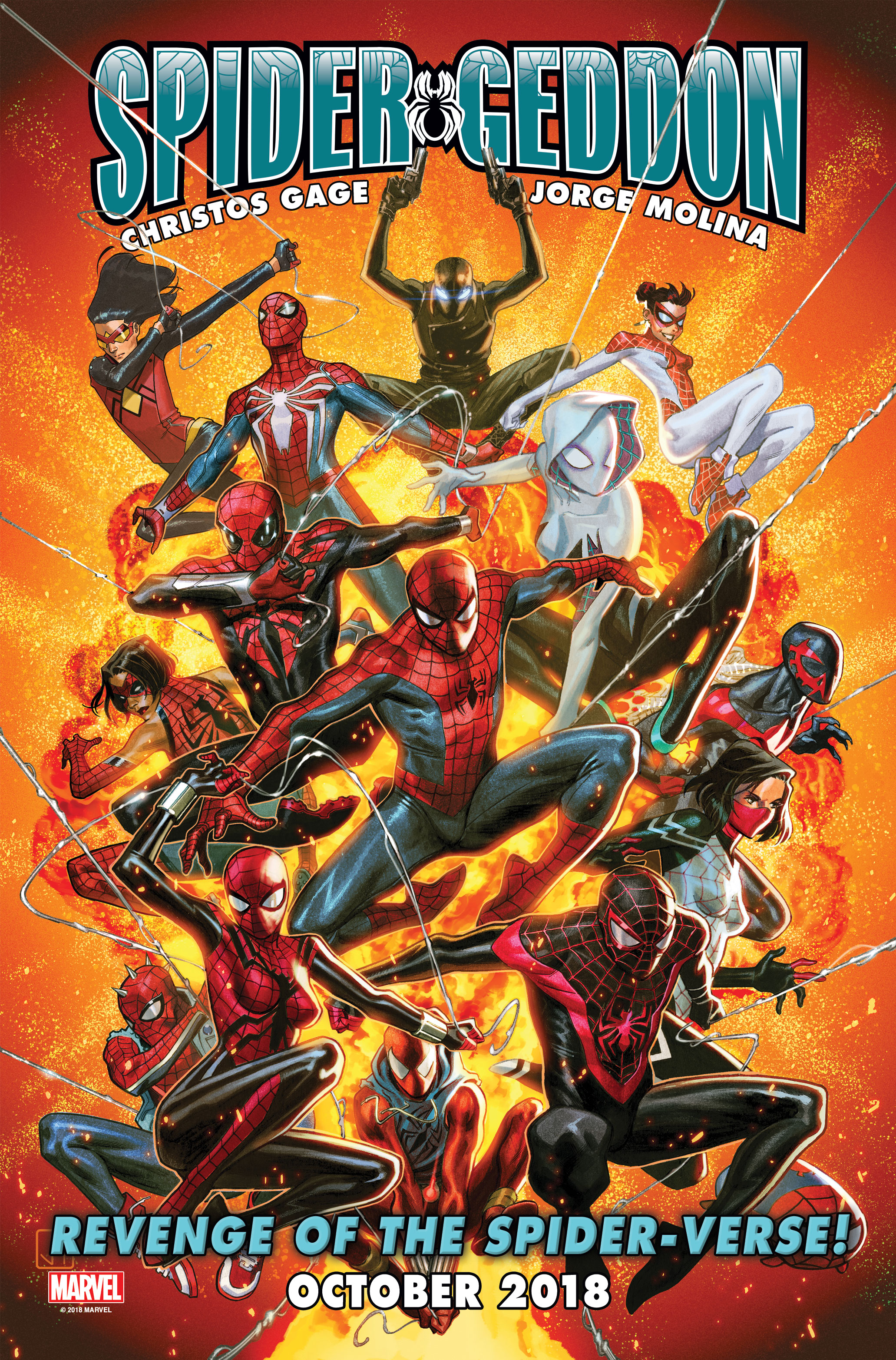 “Having had the great pleasure of collaborating with Dan Slott and an all-star array of artists on Spider-Verse, I’m thrilled to be part of SPIDER-GEDDON! In addition to old favorites, SPIDER-GEDDON will see some new parallel-world Spideys show up…notably the Peter Parker from the world of Marvel’s Spider-Man, the Playstation 4 video game I’ve been working on for the past several years with the great folks at Insomniac Games! Of course, I’d be remiss not to mention how excited I am about once again writing REDACTED, the REDACTED! Is he the hero SPIDER-GEDDON needs…or the biggest threat to our world? Comics should be fun, thrilling, and a little scary. With SPIDER-GEDDON, we’re looking to deliver on all counts.”