Comic book creators have gone over the edge the last two weeks. We’ve seen comic book executives like IDW’s Justin Eisinger call for beheadings via guillotine in a reference to the French Revolution to writer Ron Marz calling for incivility. Now, the well-known provocateur and newly minted Vertigo Comics writer Zoe Quinn got in on the action.

my dude, I’ve got bad news about where prisons get their funding from for you

However, it quickly devolves into an attack on people who disagree with her political position on the issue. She calls members of the Republican party both “evil” and “stupid.” Members of the party who could be her potential customers for her new Vertigo comic.

criminally prosecuting border crossings is not just evil it’s also a gigantic waste of taxes just in case you were wondering if the GOP was evil or stupid (hint: it’s both)

Zoe then calls for the abolishment of ICE, once again nothing wrong with calling for lesser government as many conservatives have done for years. However, she describes people enforcing current immigration law as kidnapping people. 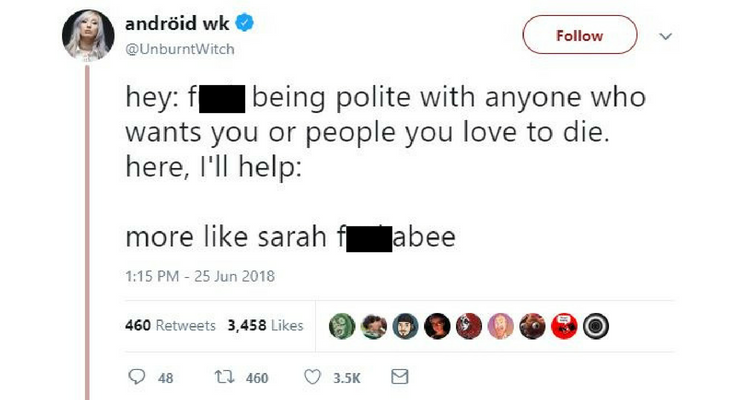 She ends her drawn out Twitter rant with a dig on Democrats as well for not going low enough it seems: 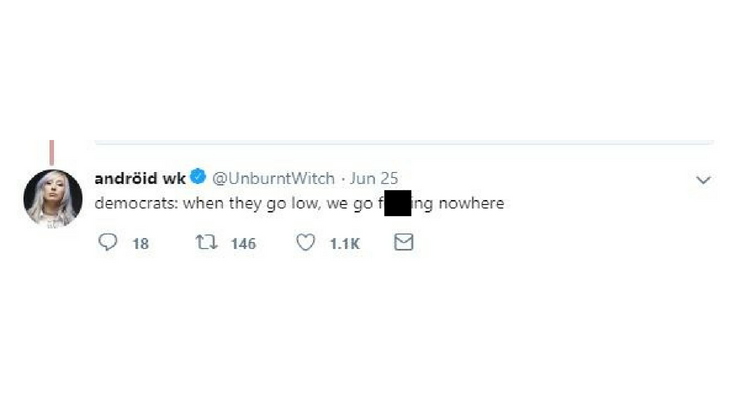 Quinn is just the latest Vertigo Comics creator that didn’t seem to get the memo about DC Comics’ social media guidelines. Quinn joins Rob Sheridan and Richard Pace in breaking the guidelines which were just issued earlier this year in February.

“Comments that may be considered defamatory, libelous, discriminatory, harassing, hateful, or that incite violence are unacceptable and may result in civil or criminal action. In addition, comments that may be considered insulting, cruel, rude, crass, and mean spirited are against company policy guidelines. We ask, and expect, that you will help to create an online environment that is inclusive, supportive and safe.”

I would say Quinn’s comments are definitely hateful, cruel, rude, crass, insulting, and mean spirited. I wonder why DC Comics even issued social media guidelines if they aren’t going to enforce them.

Given we’ve seen three Vertigo Comics creators act this way without any repercussions, maybe it’s an actual strategy that DC Comics is employing to boost sales for their upcoming Vertigo Comics line.