Beware of Spoilers to Batman #50, Ye Who Enter Here

Catwoman #1 takes place after the events of Batman #50. So please make sure to turn back here, as the entire comic is based on the conclusion of the most recent Batman story arc.

Here we are. Left at a new, self-created bottom Selina Kyle suffers. She can’t sleep, suffering in a pseudo-exile. As any reader knows, the Wedding did not come to fruition. Both Cat and Bat left themselves emotional letters.

Unfortunately, Catwoman’s spelled the demise of the relationship. While the breadcrumbs have been left for a much larger story, the immediate ramifications are going to be emotional turmoil for our heroes. Catwoman #1 sees its titular character at her lowest. She’s not a thief, she’s not a hero. Selina Kyle is not quite herself, making for an emotionally devastating debut in Catwoman #1. 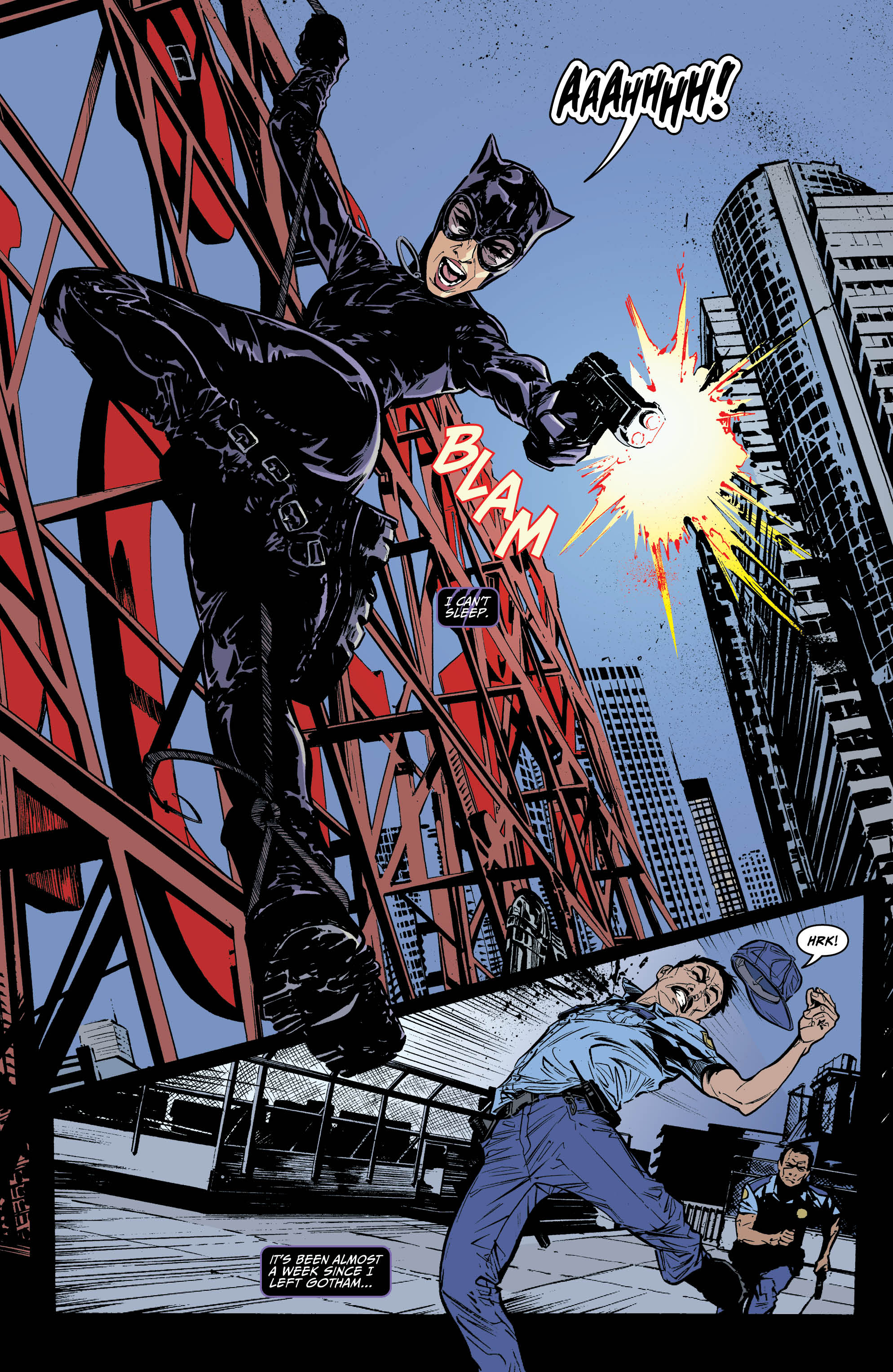 Joelle Jones is an amazing artist. Turns out, she’s a great writer as well. Joining Tom King for his Batman run was a treat for the fans. Her first arc depicted Catwoman and Batman’s journey to unofficially tell Talia Al Ghul about their engagement. A sad story when considering today’s fallout. Every page is either heartbreaking or almost depressing.

Catwoman #1 is the beginning of a modern superhero story with a classic twist. Making for an interesting beginning for the original Cat Burglar.

“Nature made me Nocturnal.”

One of the few beautiful aspects of Batman #50 was its brutality. Not just in its ending, but in its execution. The entire issue plants seeds about why this relationship should never be solidified. In doing so, it may have managed to convince some readers in the process. While some sort of manipulation becomes clear in the final page, the decision had some logic to it. This is a Catwoman who is broken by her own decision. She’s not herself in any shape or form. When compared with her previous solo-series, Catwoman #1 by Joelle Jones is remarkably dry. It has humor and jokes, but this is a Selina readers have never seen before. One who has completely lost her confidence and her self. 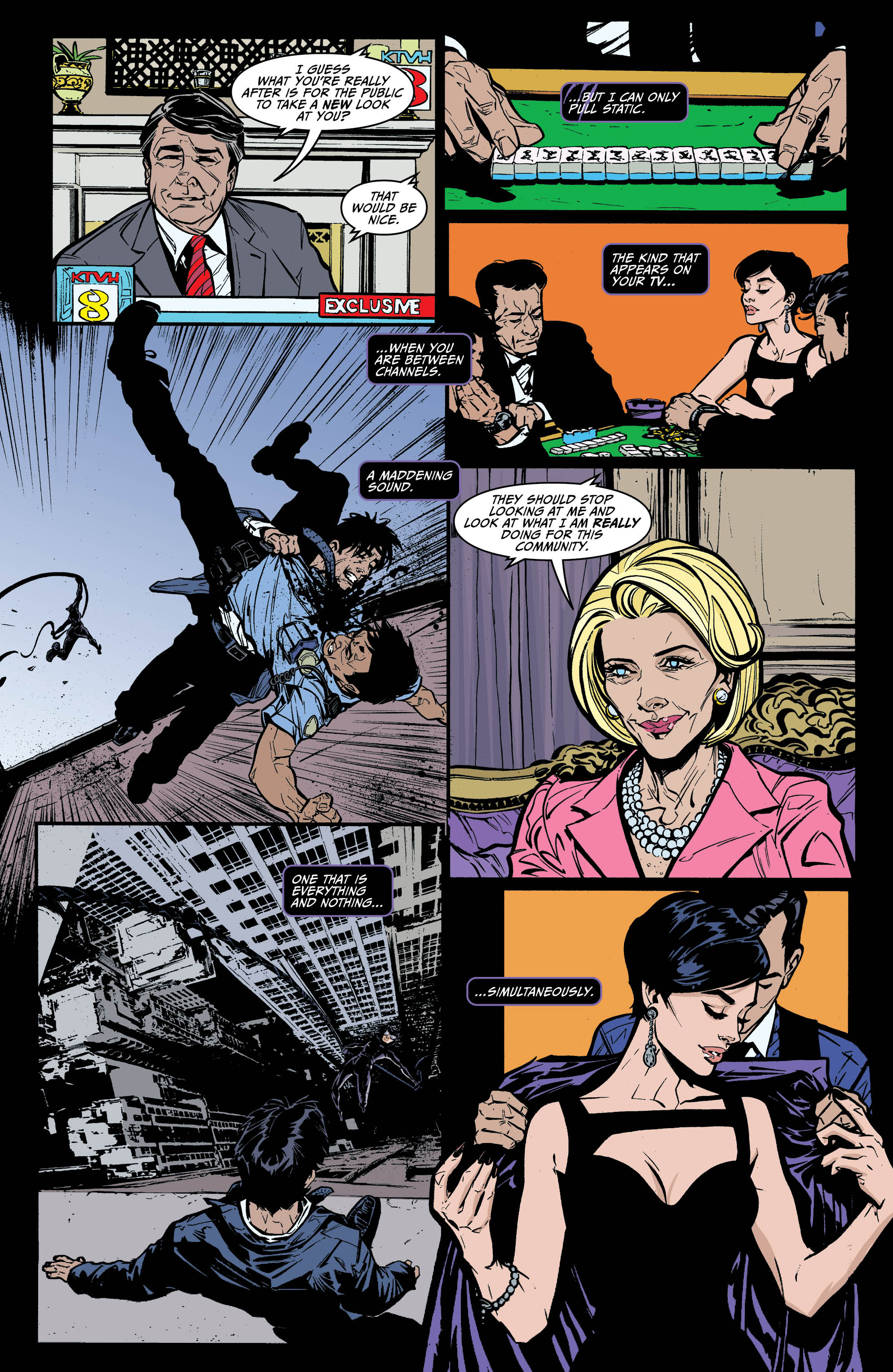 The story she falls into is almost shockingly familiar. Genevieve Valentine’s run on the character was one of the best ever. Actually, it was one of the best runs of the New 52 era. Yet this story begins a very similar storyline that was contained in that book. It won’t be spoiled here, but only the final panel seems to be distancing itself from that previous Valentine comic. That’s not to say Catwoman #1 isn’t entertaining and unique. Reading this Selina Kyle is one of the most unique comic depictions of this year. But the story needs to introduce a few more elements to keep from following in Valentine’s relatively fresh footsteps.

“Two cops murdered? I’m almost tired enough to believe I did it.”

When Joelle Jones first showed off Catwoman’s Wedding dress, she solidified herself as one of the character’s most important artists. It should come as no surprise then that every single detail of Catwoman #1 is gorgeously realized. From dirty city streets to a dozen or so cats, every panel is intricate and well-designed. Every character has a unique expression, a skill that many of DC’s artists fall into these days. Often many characters feature the same noses, expressions, complexions and basic personalities. Joelle Jones avoids all of those tropes with thorough and intricate designs. More than enough to make every character and setting unique and interesting. 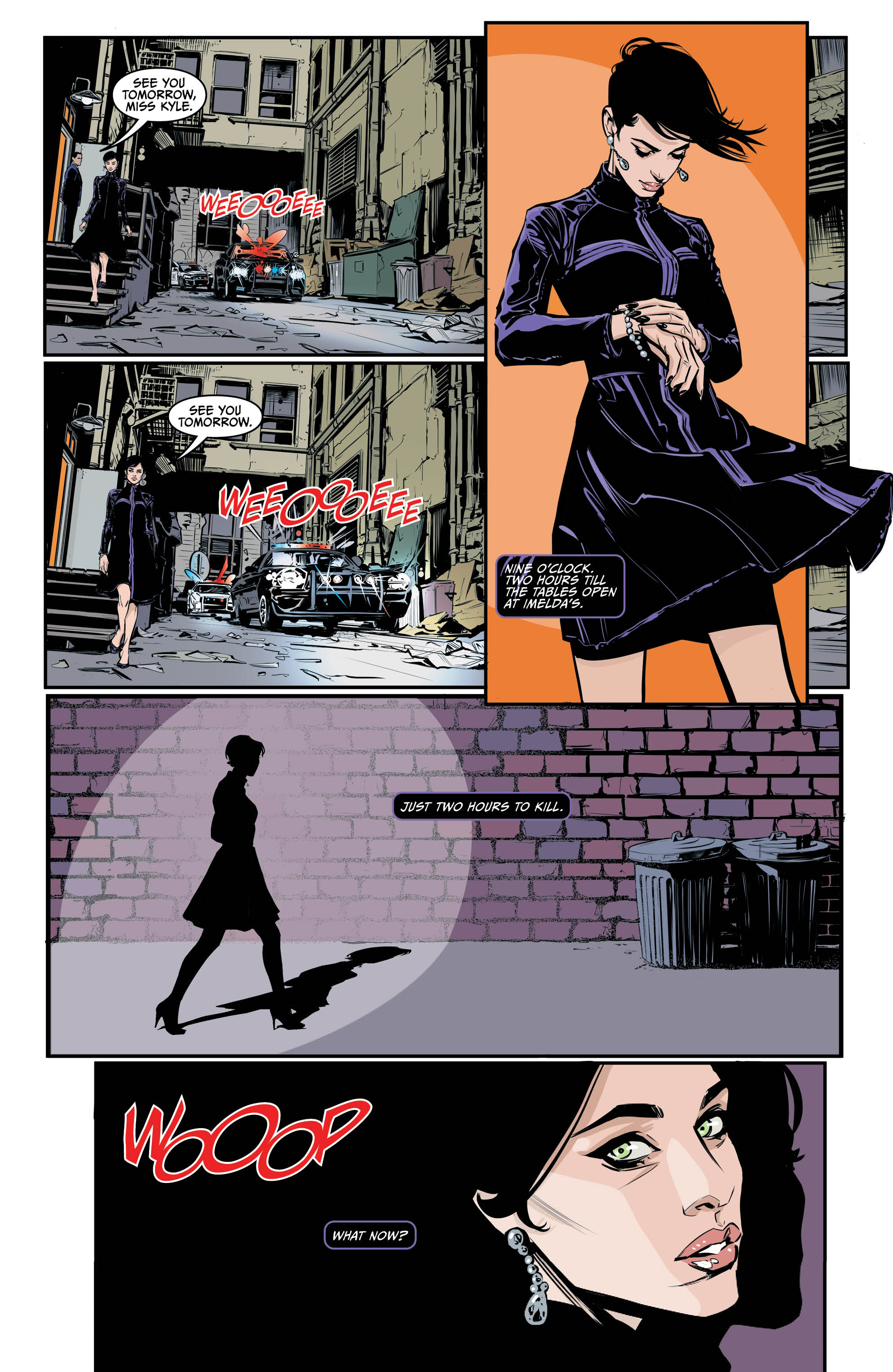 While Jordie Bellaire was the colorist for Jones’s Batman issues, it’s Laura Allred who comes along for the Catwoman ride. Her work is equally as captivating and eye-catching. Especially with the use of blacks, a necessity in any Catwoman story, Allred proves herself to be one of the best colorists working today.

There should never have been any doubt that this would be a gorgeous and perfectly-illustrated comic. Joelle Jones and colorist Laura Allred deliver one of the most beautiful debuts of the year in Catwoman #1.

The events of Batman #50 were absolutely devastating, especially for Selina Kyle. The former fiance of the Caped Crusader has absolutely lost her way. Whether she was a hero or anti-villain, she now seems to be nothing more than a lost soul wandering and gambling. That is, until she finds herself in a somewhat familiar story in Catwoman #1.

Writer and Artist Joelle Jones avoids all art tropes and cliches, but does maintain one of the writing. The title of the arc is Copycats, which should be enough to remind readers of a Genevieve Valentine run from a couple of years ago. While there’s already a unique twist at the end of the issue, the similarities are still there. But most importantly, Joelle Jones is one of the best artists in the business. Designer of Catwoman’s gorgeous Wedding Dress as well as the artist for the interesting arc Rules of Engagement. Here, she provides her unique touch in the most dreary story to date. The entertainment comes from the emotional twists and turns. This is not a light-hearted story about everyone’s favorite thief. This is about a broken soul trying to find themselves. Maybe a bit too literally.

Catwoman #1 will tug at your heartstrings in the worst way. Teasing you with the fact that the most exciting relationship in comics could be finished…for now. The Catwoman that stars in this comic has some work to do to get her life back together. But with artist and writer Joelle Jones at the helm, Selina Kyle’s journey will be a pleasure to read.