Raven is one of the most important members of the Teen Titans. Having played a memorable role in the comics and having been one of the best parts of the Teen Titans and Teen Titans: Go animated series. With the new DC Universe streaming network coming to life in August, more and more details are being released about its projects. The most prominent of which is Titans, the adapted story of the Teen Titans godfathered by none other than Geoff Johns.

In the past few weeks fans have had looks at the entire cast, more looks at Robin, Jason Todd, and more. Now, one of the team’s most powerful villains has finally been cast. FandomWire reports that Raven’s Father Trigon, one of the most powerful beings in the DC Universe, will be played by Seamus Dever. 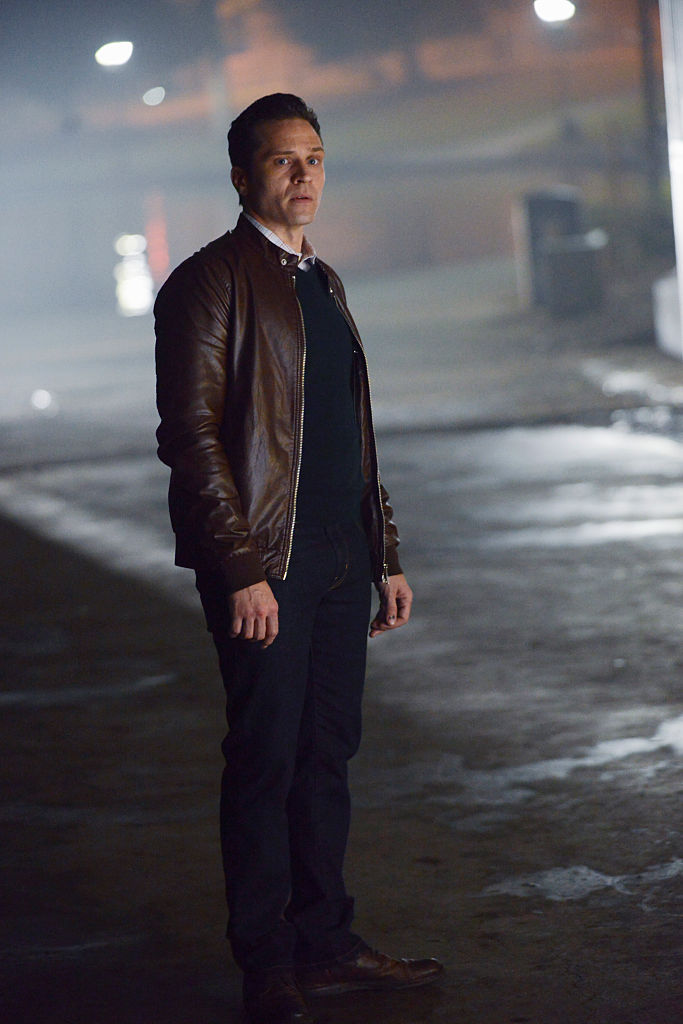 CASTLE – “At Close Range” – Detective Kevin Ryan is on the security detail of a charismatic congressman attending a charity event when shots suddenly ring out. Driven to apprehend the killer, Ryan must revisit the events that led up to the shooting, with the help of Castle and Beckett, on “Castle,” MONDAY, MARCH 23 (10:01-11:00 p.m., ET) on the ABC Television Network. (Photo by David Moir/ABC via Getty Images)

Dever doesn’t exactly scream villain, but he certainly has a great stage presence. The actor was able to chew scenery with Nathan Fillion for over 170 episodes of the show, Castle. While the later seasons were hit-or-miss, the show had some genuine funny for the first couple of years.

However, playing the father of Raven will be no easy task. An unbelievably powerful god-being that is nearly as powerful as the devil himself. Just how could Seamus Dever’s Trigon play into the Titans series?

As you can see from Nightwing’s outfit, the Titans have been fighting Trigon for a while now. As Raven’s evil father, it makes sense that they’d deal with such family problems together. That’s part of being a team.

As Raven branches out on her own, her powers are likely to be volatile and unpredictable. And possibly an extension of the evil her father represents. As time goes on, Trigon will likely appear to Raven. He will tempt her to come back to his side, back to hell. Obviously, being part of a team means you try not to abandon it. Does this sound familiar? It should. It’s one of the most important storylines regarding Raven and her father, in both the comics and the shows. The temptation of power and the destiny of your family. That’s an issue that many superheroes struggle with. Raven isn’t the only Titan to question the teaching of a Father figure.

Or, if the Titans show wanted to go a different route, Trigon could just be a villain of the week. Though it’s hardly a source, Dever’s Wikipedia page has him listed on all 13 episodes of the unreleased Titans series. That’s no confirmation, but a good sign that the character won’t just be filler for a single episode. Hopefully, Seamus Dever gets a chance create a significant and exciting performance. The Titans could use a good villain.

Do you think Seamus Dever will make a good Trigon? Let us know!