The overall story of the film was very well done. It was multilayered with a number of different storylines that all converge to form one strong narrative. The gist of the movie features Hank Pym and Hope van Dyne working together in order to find a way to rescue Janet van Dyne, who they believe is trapped in the Quantum Realm. But along the way they run into a number of complications from Scott Lang, Hank’s past, and their own immediate problems due to the Sokovia Accords. There’s a lot that could go wrong and it creates a lot of fun, exciting, and tension-filled moments. 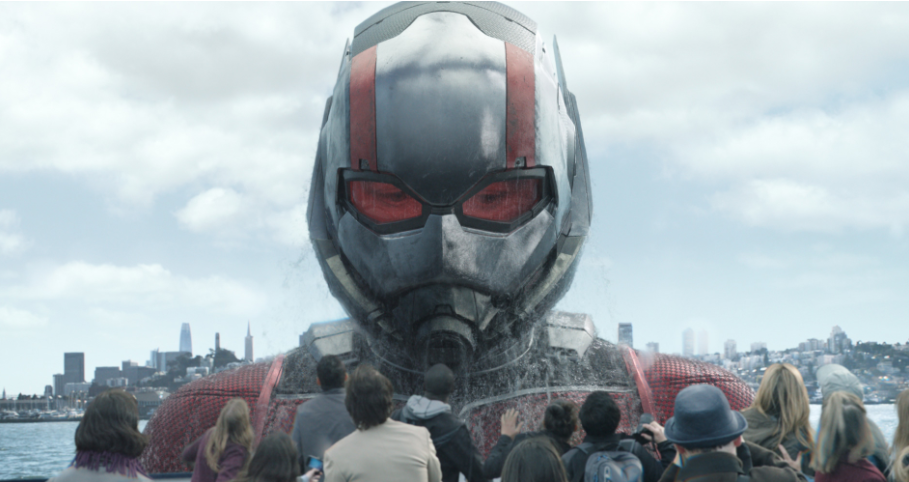 And while there’s plenty of action scenes with Paul Rudd’s Ant-Man, Evangeline Lilly’s Hope van Dyne, and Hannah John-Kamen’s Ghost featured prominently there’s also a lot of fun, loving family moments. In fact, family is a focus in the film and shows just how important family is to each of the characters. They each have their own moments even Hannah John-Kamen’s Ghost.

The actions scenes are fantastic. The film still has a little bit of the Mission Impossible feel from the first one, however it’s not the sole focus of the film and there is far less planning. It’s more sporadic action and the characters have to adapt to the circumstances. They don’t have time to plan. It makes for an extremely quick paced middle section of the film. 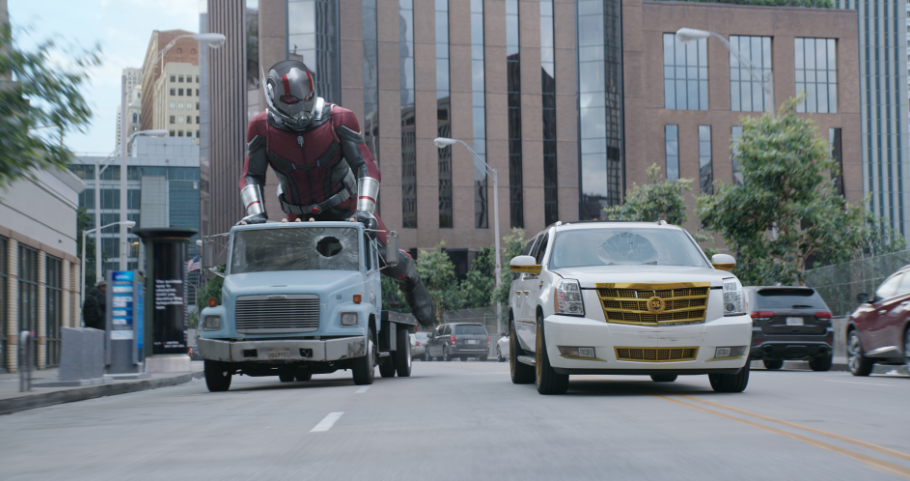 The creative imagination for all the things they do with the Pym Particles is a lot of fun. Unfortunately, most of it was shown in the trailers, but it still doesn’t lose its magic on the big screen. Seeing a giant Pez canister take down multiple motorcyclists won’t get old any time soon.

The acting was top-notch. I especially enjoyed Hannah John-Kamen’s Ghost. She did an incredible job of showing the intense physical pain her character was supposed to be experiencing. You could see how that pain was driving her to make rash and harsh decisions. Her facial expressions when explaining her condition was fantastic.

I also enjoyed Randall Park’s Jimmy Woo. He plays an FBI agent who is always one step behind Scott Lang and his associates. It makes for some fun moments as the two actually bond with each other. It also paints the FBI in a much different light than what you might be used to seeing from Hollywood. 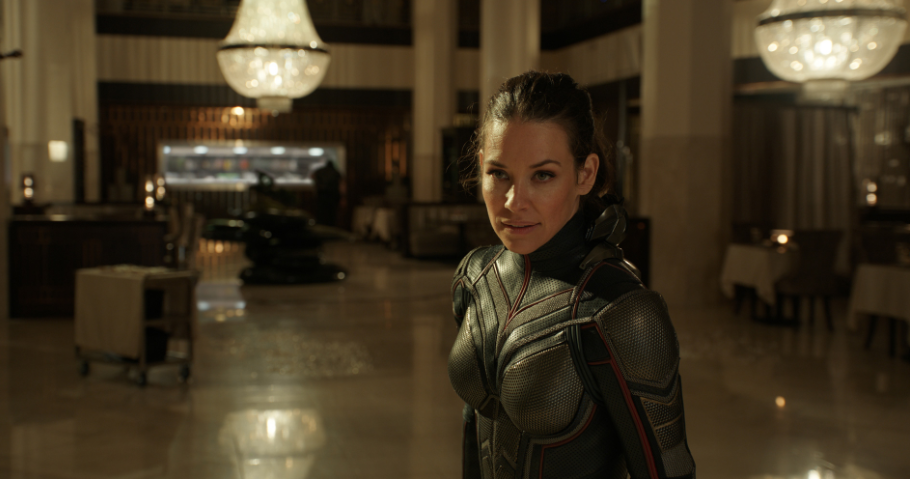 If there was one thing that stood out to me is that Rudd’s Scott Lang was dumbed down quite a bit. I get that he’s not a quantum physicist, but he is an accomplished engineer. He’s also had a number of years on house arrest to brush up on his quantum physics. Something you think he might want to do given he entered the Quantum Realm. However, that doesn’t appear the case and any time the science is brought up, he just acts ignorant and stupid. Don’t get me wrong this was done on purpose to give an everyman’s perspective and add a bit of humor, but it was a little over done and did a disservice to the character.

There’s plenty of humor in Ant-Man and The Wasp, but unlike Thor: Ragnarok not much of it felt forced. It all felt normal in the interactions with the characters and who they are. Much of the humor is situational and director Peyton Reed made excellent use of the ants a number of times to create this humor.

There were some jokes that didn’t go over as well as they could have. The list Paul Rudd makes while creating a plan in the van just didn’t hit. But for the most part, the humor was fun and there were plenty of laughs in the theater.