At first glance, Tap Dance Killer sounds like the title for a cheesy 80’s horror film. Now, granted, I would have still watched that movie, but titles can be deceiving as this book is absolutely nothing like that. Instead, Tap Dance Killer is an entertaining look into a world filled with interesting people, strange goings-on, super powers, and more. It’s not a perfect issue, but it sets the stage for a promising future.

Beginning with a prison breakout, we’re introduced to our titular hero, Nikki St Clair, as she makes a quick and successful escape from the police. Like most comics book stories, we quickly transition to a series of flashbacks which serve to bring us up to speed on what’s happened to get us to this point. Apparently, Nikki and a few of her friends were all stage performers who were tricked into drinking some kind of potion which turned them all into actual versions of the nefarious villains who they were portraying on stage. They then, in turn, all become a team of strange, underground mafia; but to be fair, they only seem to kill other bad guys… so far. 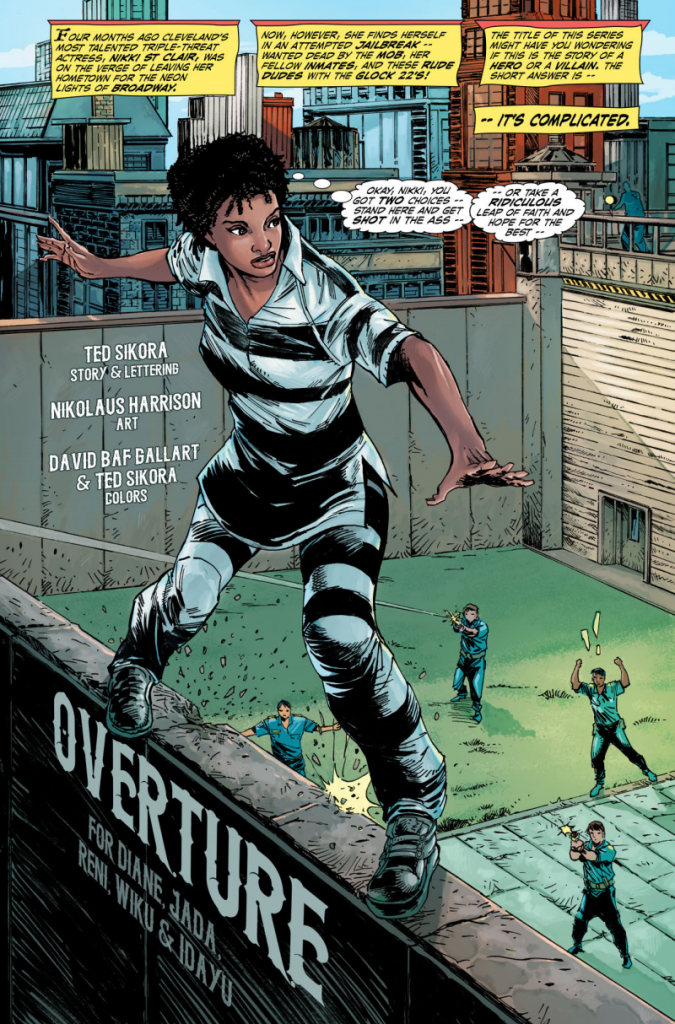 We don’t get much in the way of any explanation of what really happened though and this is probably my biggest problem with the issue on a whole. The revelation of how Nikki and her partners became who they are comes and goes so quick that I was almost certain that I missed a page or two. The entire event came and went in only a couple of panels. We get no explanation as to who tricked them, why they tricked them, what the motives behind it were, or even a good explanation of what exactly it did to the ones who drank the potion. This manifests itself throughout the story as well, as Nikki and the others seem to be imbued with certain powers, but we’re not given a clear explanation of what those powers are or how they’re used. I understand that first issues often tend to be rushed a bit as there’s a lot of groundwork that needs to be laid, but a little more explanation would have gone a long way.

Besides that, however, I have only good things to say about Tap Dance Killer. The strength of the story relies on characterization, specifically through the Tap Dance Killer herself, Nikki St Clair. Nikki is a top-notch protagonist for this series. She is a completely capable and vicious killer, but she’s also funny and optimistic about everything she’s doing, so it becomes great fun to watch her mete out punishment on those deemed deserving of it. The rest of the cast fare pretty well too. Although we do not get as much time with them and only a cursory overview of what they’re capable of, they all compliment the tone of the story extremely well and I can’t wait to see what happens with these guys down the road as well as. Hopefully, get to know them a little better. 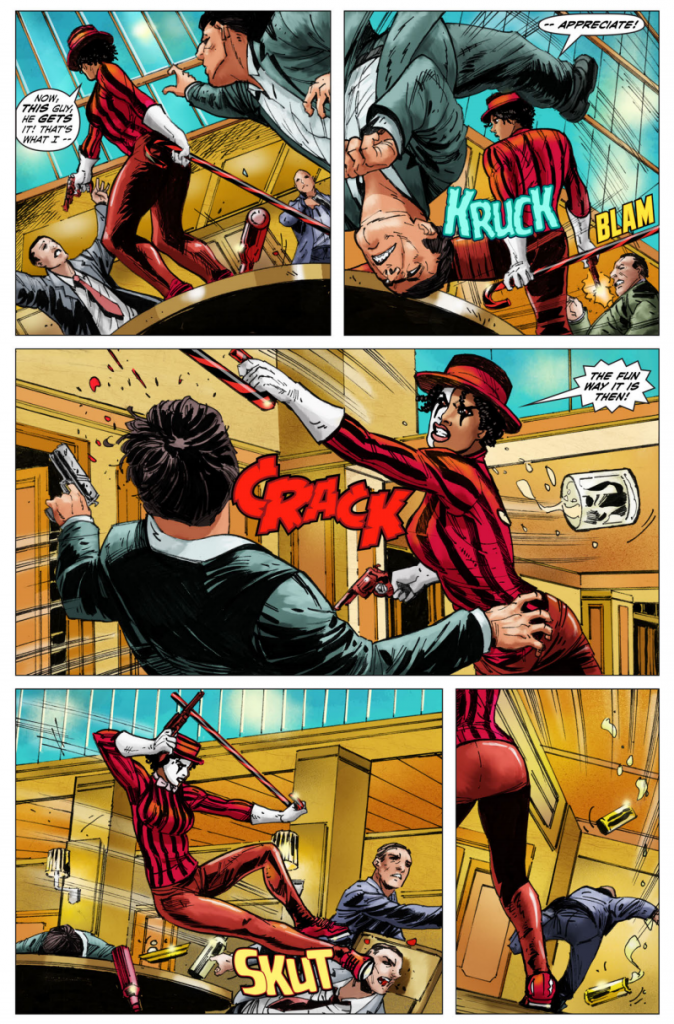 Even with subject matter concerning prison riots, murder, and underground hits being put out on people, Tapdance Killer never loses its sense of pure fun. Escapist entertainment seems to be in short supply in many comics these day, but this title seems to have no agenda other than to entertain. I appreciated the earnestness with which the book was written and its commitment to tell a fun story with entertaining characters in over-the-top, even silly, predicaments. In that regard, it succeeds admirably.

Hero Tomorrow Comics’ ongoing series, Tap Dance Killer, gets off to a promising start. We’re introduced to some fun new heroes (or anti-heroes, rather) and are dropped into an over-the-top world filled with nefarious crime bosses, strange curses, supernatural powers, and a healthy dose of vaudeville style antics along the way. The tone is put squarely on fun and there’s so much, from the art style to the fourth-wall breaking narration that hearken back to the classic days of comic book entertainment. Some pacing issues aside, Tap Dance Killer #1 is a fantastic start to what will hopefully be a long running series.