Famed Batman artist and the co-creator of Bane, Graham Nolan recently launched a KickStarter for his upcoming collected edition of Monster Island as well as a hardcover art book.

Graham Nolan is excited for this anniversary edition saying, “It’s a special oversized edition, each page of the story is reproduced exactly like the original art, designed to look as if you were perusing the originals in my studio.” However, Nolan had some big news to tell us as well. Not only does this Anniversary Edition remaster Nolan’s classic story, but it will also include “an 8-page preview of the planned sequel, Return to Monster Island, this time in full color.” 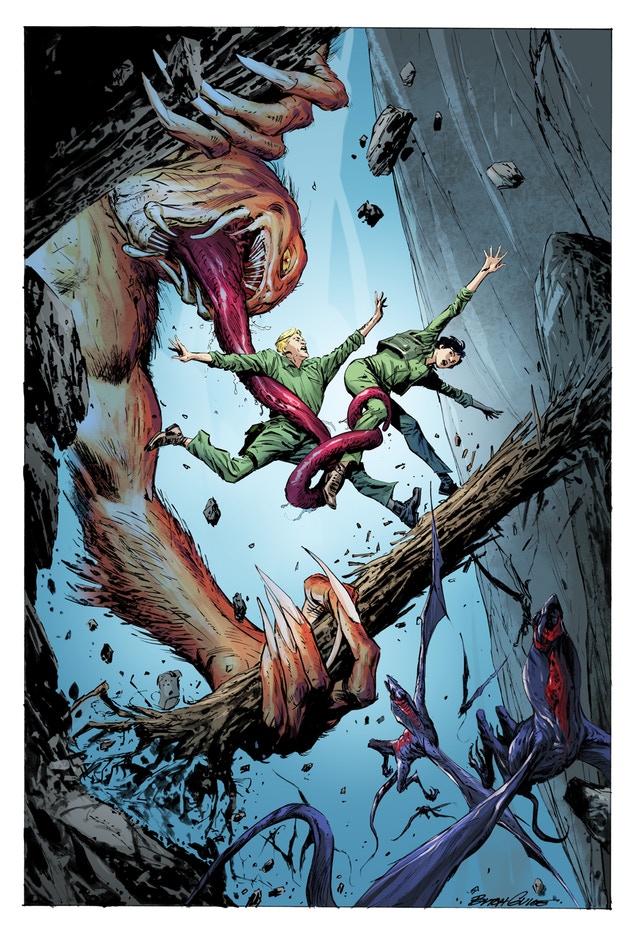 Monster Pin-up by Butch Guice with colors by Nanjan Jamberi

If you are unfamiliar with Monster Island the story follows Navy ace Tommy “Duke” Mitchell and his radar intercept officer, Kelly “Mac” MacGruder. While on mission in their Tomcat, they stumble across an energy field that forces them to land on Monster Island! The landing separates Duke and Mac. They have only 24 hours to find each other and get off the island before it transports them to another part of the universe. To add onto their troubles they encounter aliens, strange creatures and of course giant monsters. They also have to deal with a revolution happening within the alien Gooch who claim they are the caretakers of the island. 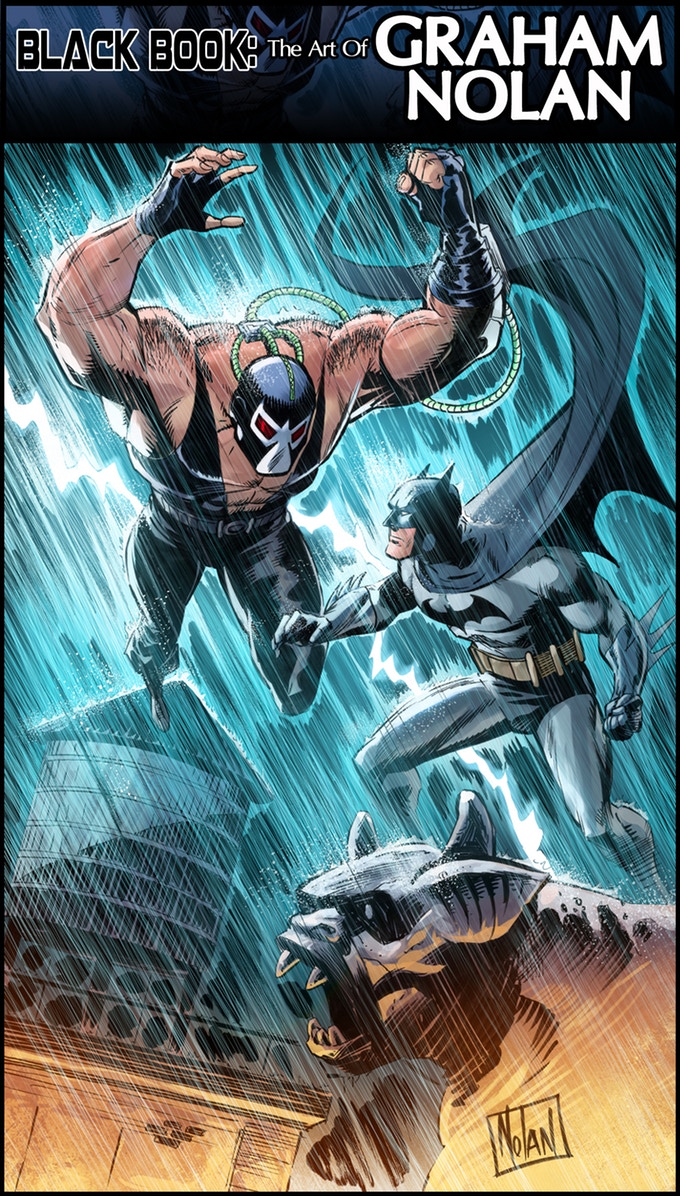 Along with Monster Island and the teaser pages for the Return of the Monster Island, the KickStarter also features Black Book: The Art of Graham Nolan.

This art book will include a ton of Graham’s artwork spanning his career from Marvel and DC Comics as well as his comic stripes like Sunshine State and Rex Morgan, M.D. It will also include private commissions and personal work. Overall, the book will include more than 100 pages of artwork and commentary.

Here’s a little taste of what you can expect:

$5 gets you access to all campaign updates as well as notifications to special rewards that might be added to the campaign.

$50 gets you a hardcover version of Black Book: The Art of Graham Nolan along with Monster Island in digital format.

$65 gets you Monster Island in hardcover. It’s 96 pages long and is a massive 11 inches by 17 inches. You also get a the digital version of the book.

$95 gets you both the Black Book: The Art of Graham Nolan hardcover as well as the Monster Island hardcover. In addition you get a digital version of Monster Island.

$125 gets you both hardcovers and the digital version of Monster Island. But you also get a Monster Island print set of eight 11×17 Monster Island images by Lee Weeks, Jose Luis Garcia-Lopez, Butch Guice, Kelley Jones, Pat Olliffe, Tom Richmond, Mark A. Nelson, Bart Sears, and others.

$180 gets you a 5×8 inked head sketch of a character of your choice by Graham Nolan. You also get both hardcovers and the digital version of Monster Island.

$300 gets you an 8.5×11 inked monster sketch by Graham Nolan. You also get both hard covers and the Monster Island digital version. There are 10 different unique monsters Graham has drawn and inked on on stark, white Bristol.

There will also be at least two stretch goals. None of the stretch goals have been revealed, but the first one is supposed to be announced at total funding of $25,000.

Both books are expected to ship in October of this year. Nolan has teamed up with Ominous Press for the project who will take care of publishing duties.