Getting Ready for Mayhem

Margot Robbie’s performance as Harley Quinn was one of the few redeeming qualities of 2016’s Suicide Squad. Harley took the world by storm, spawning countless rip-offs and Halloween costumes. Now, she’s getting her own ensemble film with a female cast and crew. Director Cathy Yan is set to helm the film for DC and Warner Bros., thanks to a recommendation from Robbie herself. The cast of characters seems to be growing and expectations are high. Harley deserved better than Suicide Squad. Hopefully, Birds of Prey can live up to the character. In a recent interview with Yahoo, Margot Robbie talked briefly about her next adventure as the femme fatale of clown.

It makes sense that Robbie can’t reveal too much, because as she says, “the costumes haven’t been designed yet.” But she did promise a “totally different look” for Birds of Prey. She even goes on to say, “there will be new Halloween costumes out there one day, perhaps.”

When asked about about whether the film would have a diverse cast, she was adamant it would. “Real life isn’t so one specific image. We’ve got to reflect that on-screen.”

Sounds like Margot Robbie is ensuring the film has a welcoming and inclusive approach. With a diverse and talented cast joining her, Harley Quinn is going to have the time of her life. But as for that “totally different look,” just what look is Harley going to have? 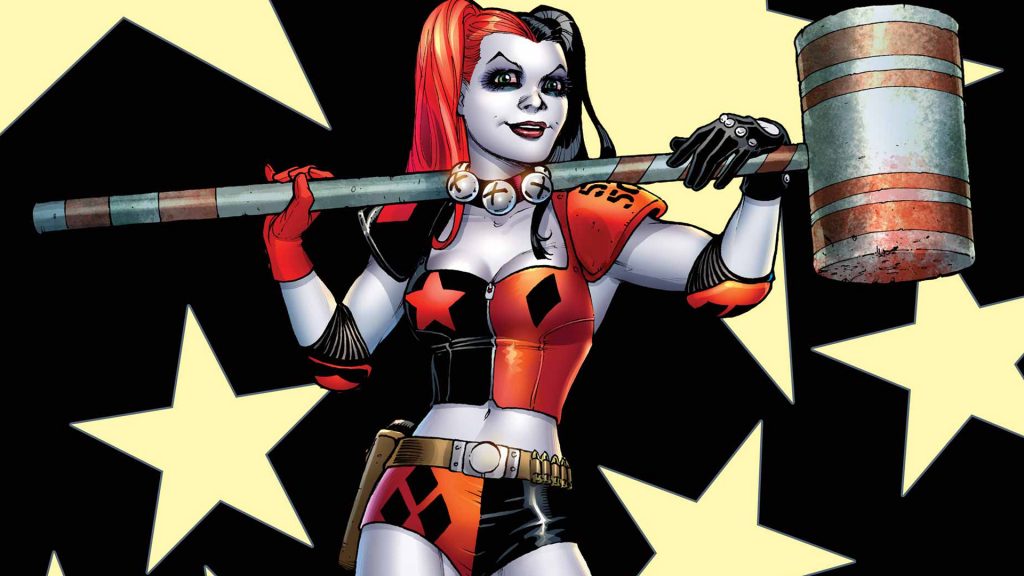 Harley’s got plenty of outfits and iterations for the next film to choose from. Harley’s original outfit made a brief appearance in Suicide Squad, but fans expected more outfit changes than that! The overly clown-based spandex didn’t exactly play on the big screen. It made sense for Harley to switch to the more bubbly and punk-inspired look she had in the film. One of the few things it got right.

However, her next appearance should be a bit more aggressive. Like Amanda Conner’s design above, a simple color scheme and outfit are incredibly effective on Harley.

She doesn’t need a jacket filled with pins or patches, she’s perfect in colored leather and shorts. Oh, and throw the mallet in there. It was great to see the baseball bat, but having her wield a customized sledgehammer would be something to behold.

What new look do you think Harley Quinn should have for the upcoming Birds of Prey?