**Warning Spoilers for Flash #50 Below**

Writer Joshua Williamson, artist Howard Porter, and colorist Hi-Fi have hit another home run issue out of the park in The Flash #50, which wraps up the “Flash Wars” storyline.

If you haven’t been following the series Hunter Zolomon took it upon himself to pit Barry Allen, Wally West, and Wallace West against each other. Zolomon tricked Wally and Barry into breaking the Speed Force Barrier unlocking a number of other Force powers like the Strength Force and the Sage Force. Zolomon claimed these forces for himself which grants him extra strength and increased intelligence. He then set out to remake reality in his own image by entering Hypertime and claiming another type of force called the Still Force.

Barry and Wally teamed up in order to stop Zolomon. It’s unclear if they managed to actually prevent him from reshaping reality, but their breaking of the Speed Force Barrier had some major consequences.

“There’s no temporal energy in the Speed Force anymore. Do you know what that means, Barry? All Speedsters are done with time-travel. Forever. Not even a cosmic treadmill. All access to Hypertime is shut down.”

However, he would reveal he was getting a reading from someone connected to the Speed Force. 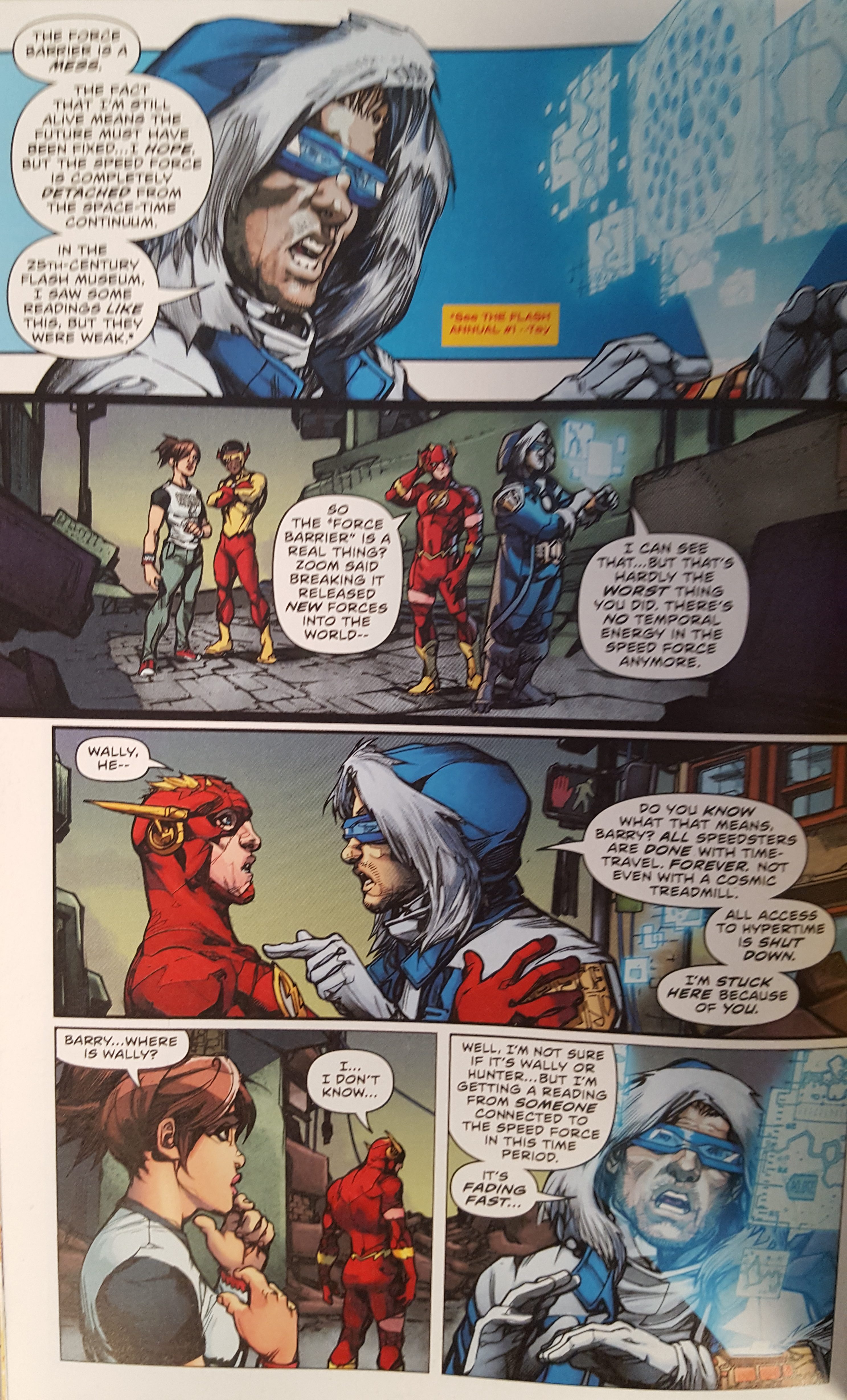 Just who could that person be?

It’s none other than Bart Allen a.k.a Impulse. 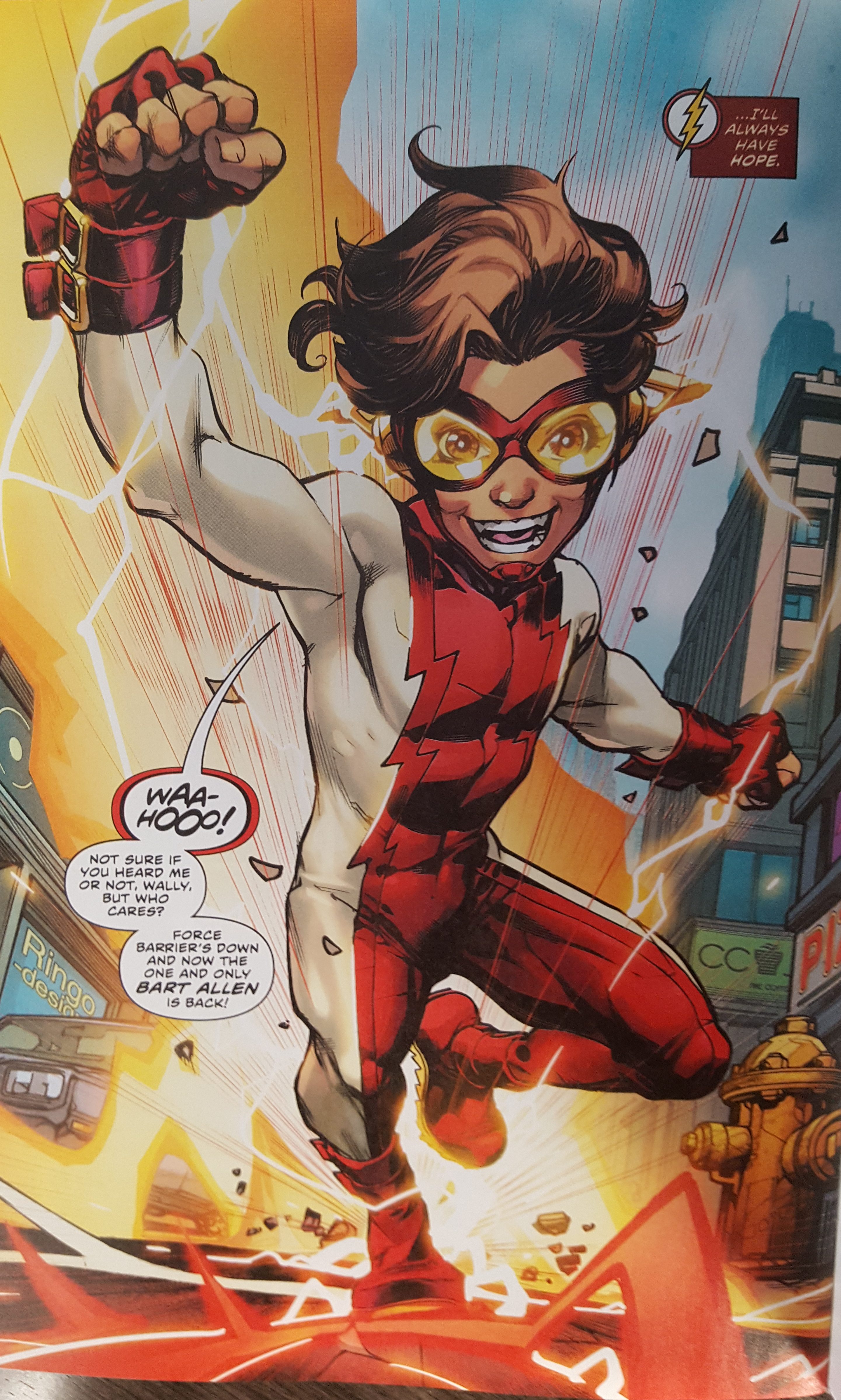 Bart Allen first appeared back in The Flash #91 in 1994 as the superhero Impulse and a sidekick to The Flash. Bart was actually born in the 30th century to Meloni Thawne and Don Allen. His paternal grandfather is Barry Allen and his paternal grandmother is Iris West Allen. Bart also happens to be Wally West’s first cousin once removed. He would even become The Flash for 13 issues before he was killed off. However, he would return as younger version of himself in Final Crisis: Legion of 3 Worlds.

During Flashpoint, Bart Allen’s body is absorbed into the living embodiment of the Speed Force’s light. In the New 52 line of DC Comics, Bart Allen was actually revealed to be a man named Bar Torr who was a revolutionary from the 30th Century who had been arrested and brought up on state crimes. He was sent to the 21st century and took on the identity of Bart Allen as part of a witness protection program as the prosecution built up their case against him.

In the most recent continuity, Bart Allen appeared in the “Super Sons of Tomorrow” storyline where he attempts to prevent Tim Drake from killing Superboy. His character was also teased in the opening pages of The Flash Annual #1 where a statue of him is shattered and broken inside the The Flash Museum of the 25th Century. 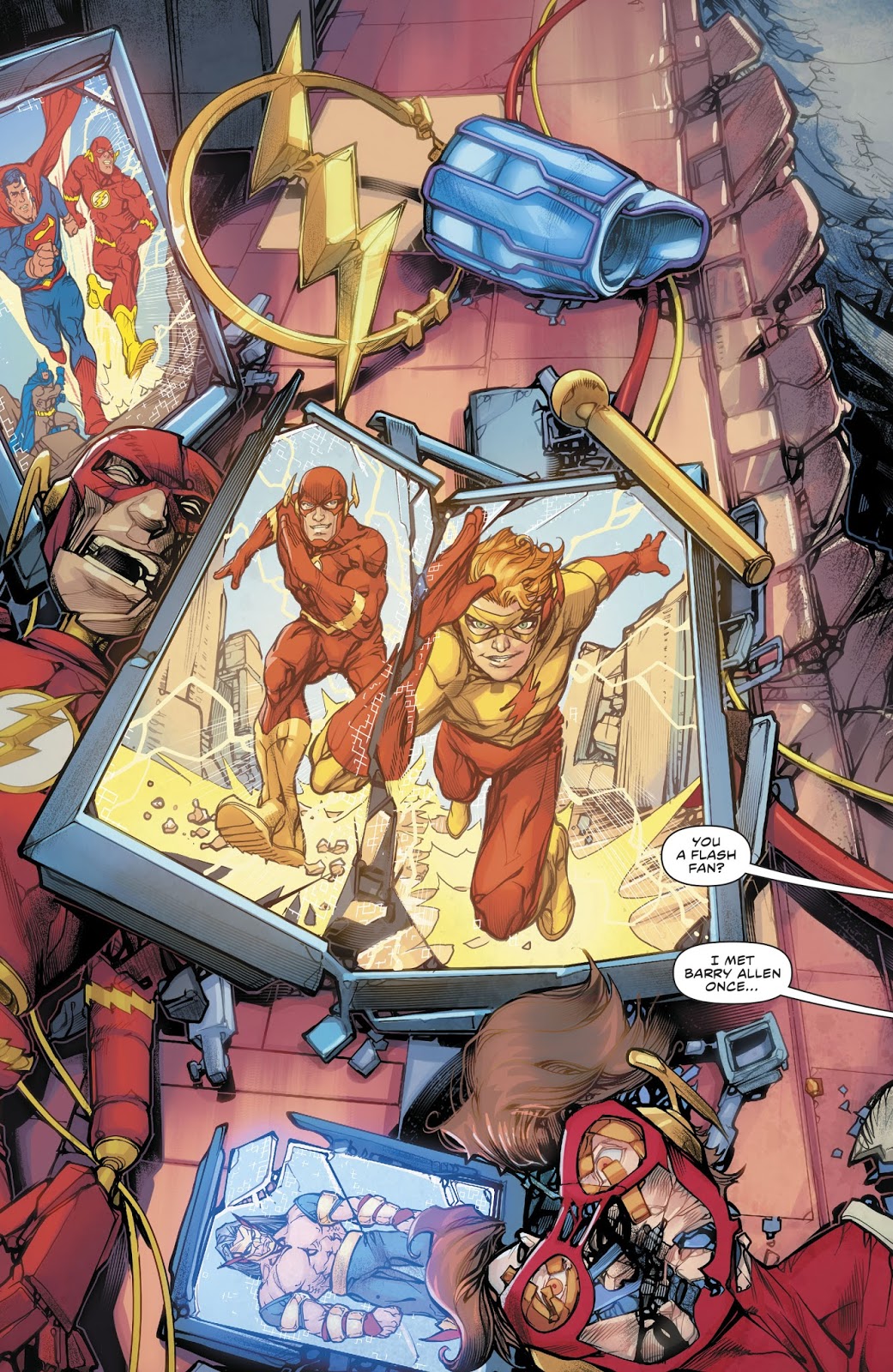 But with Bart’s return, it appears they have also unleashed an extremely dangerous threat. Commander Cold’s team of Renegades in the 25th Century reveal Eobard Thawne had created a prison to hold one person and that person has escaped. Not only did he escape, he completely atomized Cold’s team of Renegades appearing to completely eliminate them. Just who could this villain be? It’s unclear but his prison cell reads, “Inmate: Crisis.” 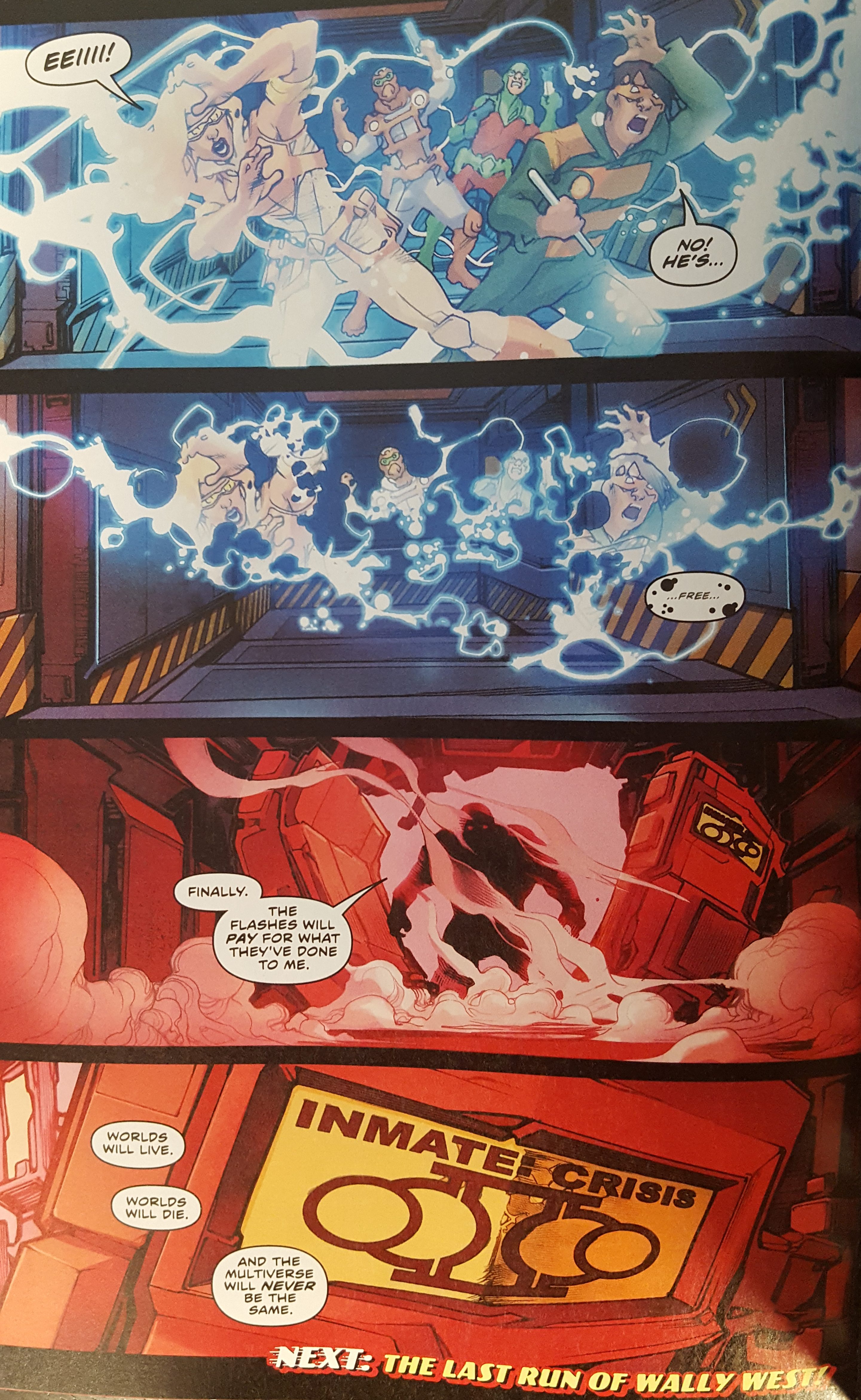 Are you excited to see Bart’s return? Who do you think this new villain could be?