Marvel is bringing back one of their more obscure characters, The Sleepwalker, for a four issue tie-in series to their huge summer event series, Infinity Wars. 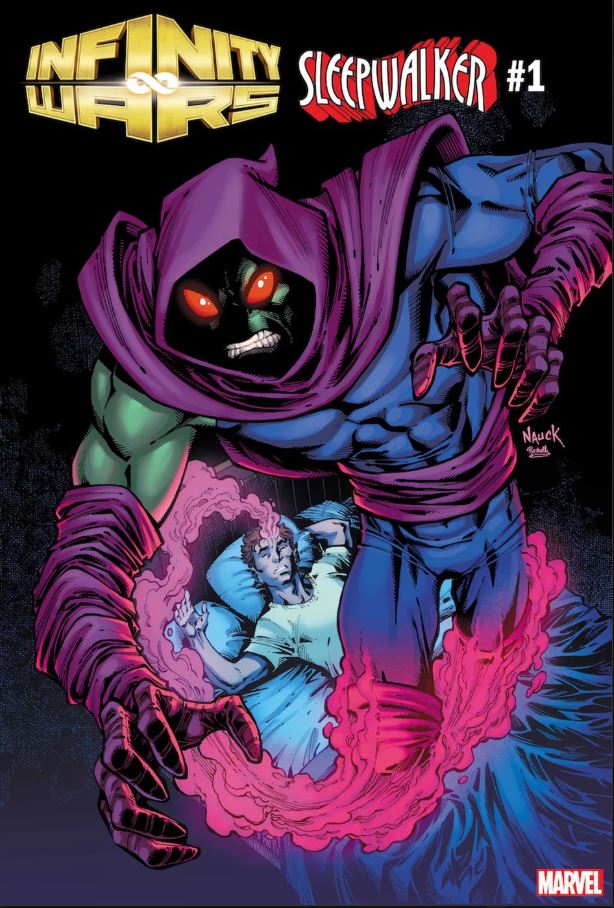 The Sleepwalker is different from the rest of his species because he’s actually been trapped inside the mind of Rick Sheridan, a college student in New York. He was lured their by his arch-enemy Cobweb and trapped in Sheridan’s mind. Interestingly enough, he begins forming a bond with Sheridan. Sheridan believes he’s just a character he dreams about until he sees a TV report depicting The Sleepwalker stopping a robbery. The two actually battle in Rick’s dreams with Rick removing The Sleepwalker’s Imaginator, which is a device that allows him to teleport throughout the Mindscape. With the Imaginator removed the two are connected even further. The Sleepwalker is able to materialize in reality while Rick sleeps. He could also begin to communicate with Rick through his mind. The two would create a partnership that sees them take on a number of New York’s nasty villains like 8-Ball, Bookworm, Chain Gang, Lullaby, and even the Sinister Six. He even was a part of Doctor Strange’s Secret Defenders.

He’ll be making his return to the Marvel Universe courtesy of writers Chris Sim and Chad Bowers and artist Todd Nauck. The story will see The Sleepwalker once again working to protect the Mindscape on the fringes of our unconsciousness. However, when reality is warped by the Infinity Stones, will he still be able to protect the world?