The movie takes a cue from the original where R.L. Stine’s books have the ability to bring their stories to life. In this one, the book is Haunted Halloween and it’s a book no one was meant to open. Unfortunately, Jeremy Ray Taylor’s character and Caleel Harris’ character stumble upon the book while investigating an abandoned house that just oozes creepiness. The two boys are undeterred and rifle through the house until they find the book. Upon unlocking it, they bring to life a mad ventriloquist’s puppet who decides to lead an army of monsters against the town.

The film looks like it will have plenty of horrific creature designs including menacing gummy bears whose teeth look really, really sharp. The trailer didn’t appear to have that big of a horror vibe, it seemed like a tamed down slasher vibe mixed with Jumanji where the monsters are after the kids. It does appear there will be some humorous moments as the aforementioned gummy bears scene had me chuckling towards the end of the trailer.

Along with the trailer, Sony Pictures unveiled the first poster for the movie as well. 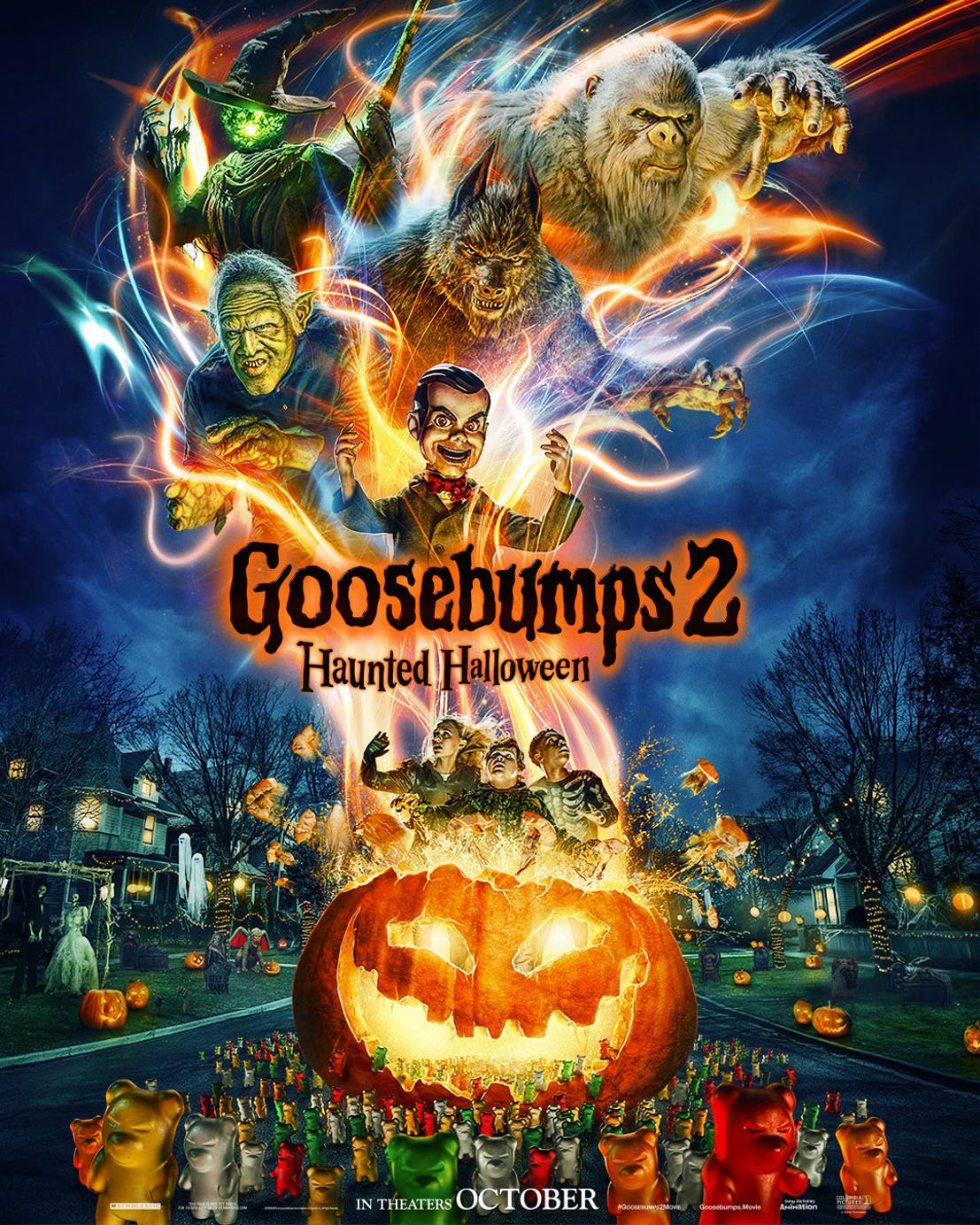 The film will star Caleel Harris, Jeremy Ray Taylor, Madison Iseman, Wendi McLendon-Covey, Ken Jeong, Chris Parnell, Shari Headley, and Peyton Wich. The film is directed by Ari Sandel based off a script from Rob Lieber and R.L. Stine. It is expected to hit theaters on October 12, 2018.

What did you think of the trailer? Will you check this movie out in theaters or will it be one you wait for digital or even a cable release?