**Warning Spoilers for The Punisher #227 Below**

Writer Matthew Rosenberg, artist Stefano Landini, and colorist Lee Loughridge see Frank Castle evading Captain Marvel and a whole bunch of other Marvel superheroes as he teams up with Black Widow and the Winter Soldier to take down one of Marvel’s most reviled characters.

Frank Castle still controls the War Machine armor and he’s hunting down Hydra dissidents to atone for backing the group during the most recent Secret Empire story line where Steve Rogers became the leader of Hydra. He was previously tracking down Baron Zemo and Ghost, but after Captain Marvel’s forces intervened they were able to escape. With the help of Black Widow and the Winter Solider he’s got a brand new target who could throw the Marvel Universe into chaos if he’s able to escape the maximum security prison he’s being held in.

However, Frank is still a few steps behind Baron Zemo who breaks into the maximum security prison known as the Shadow Pillar. While Frank and company easily dispose of the Hydra forces guarding the outside of the prison, he’s faced with very different odds inside the prison. Zemo opens the cells and turns off the power inhibitors of some of Marvel’s most villainous foes in order to slow down Punisher, Black Widow, and the Winter Soldier. 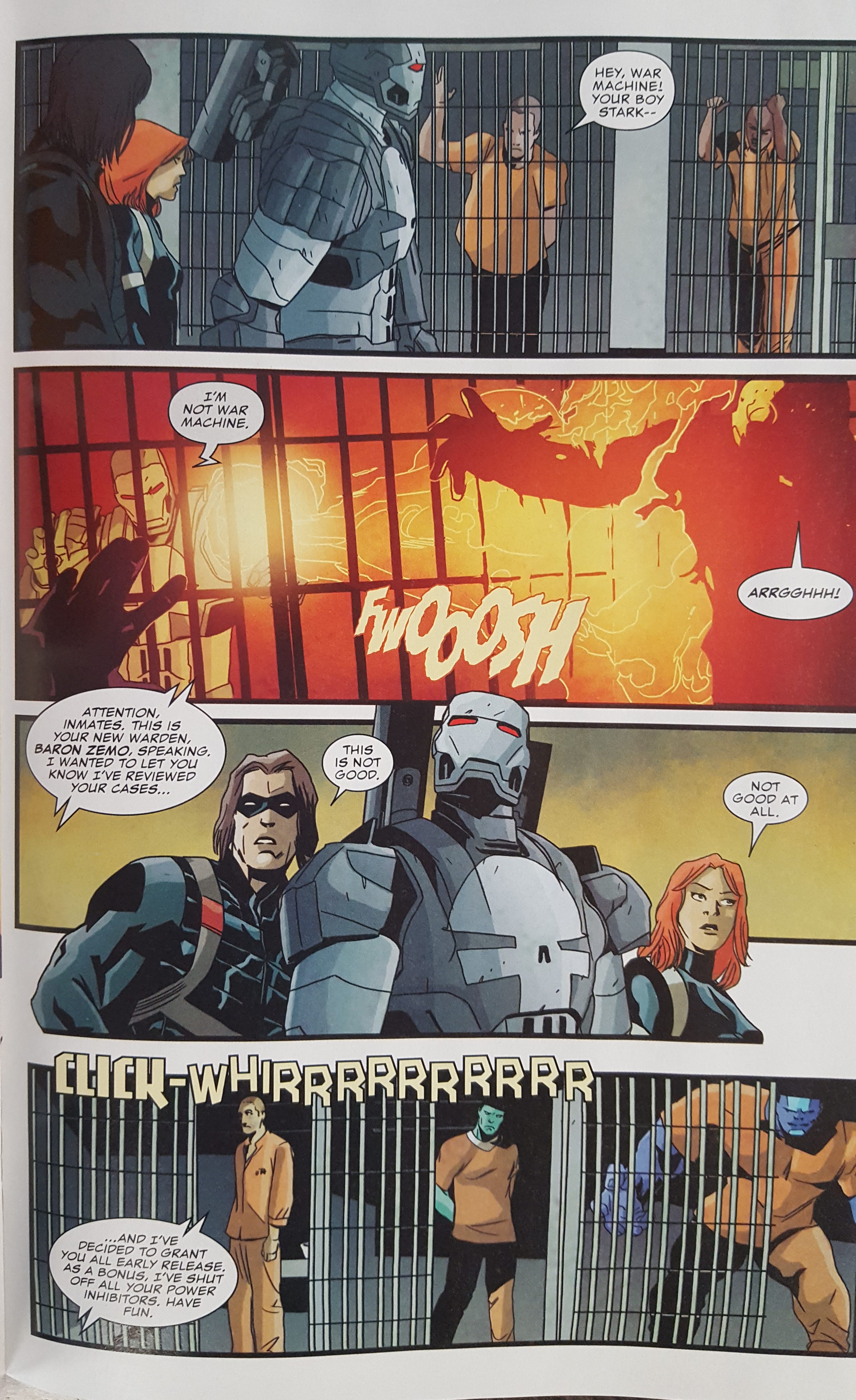 It works. And it even gives Captain Marvel and her forces enough time to catch up to Frank as they attempt to pin him down and bring him to justice. But Frank has other ideas as he slips through corridors of the prison and evades Captain Marvel.

But it looks like he’s too late. Baron Zemo has gotten to his goal and appears to free Supreme Commander Rogers. That’s right Hydra Captain America has returned and it looks like he’s going to be walking around as a free man in the Marvel Universe. 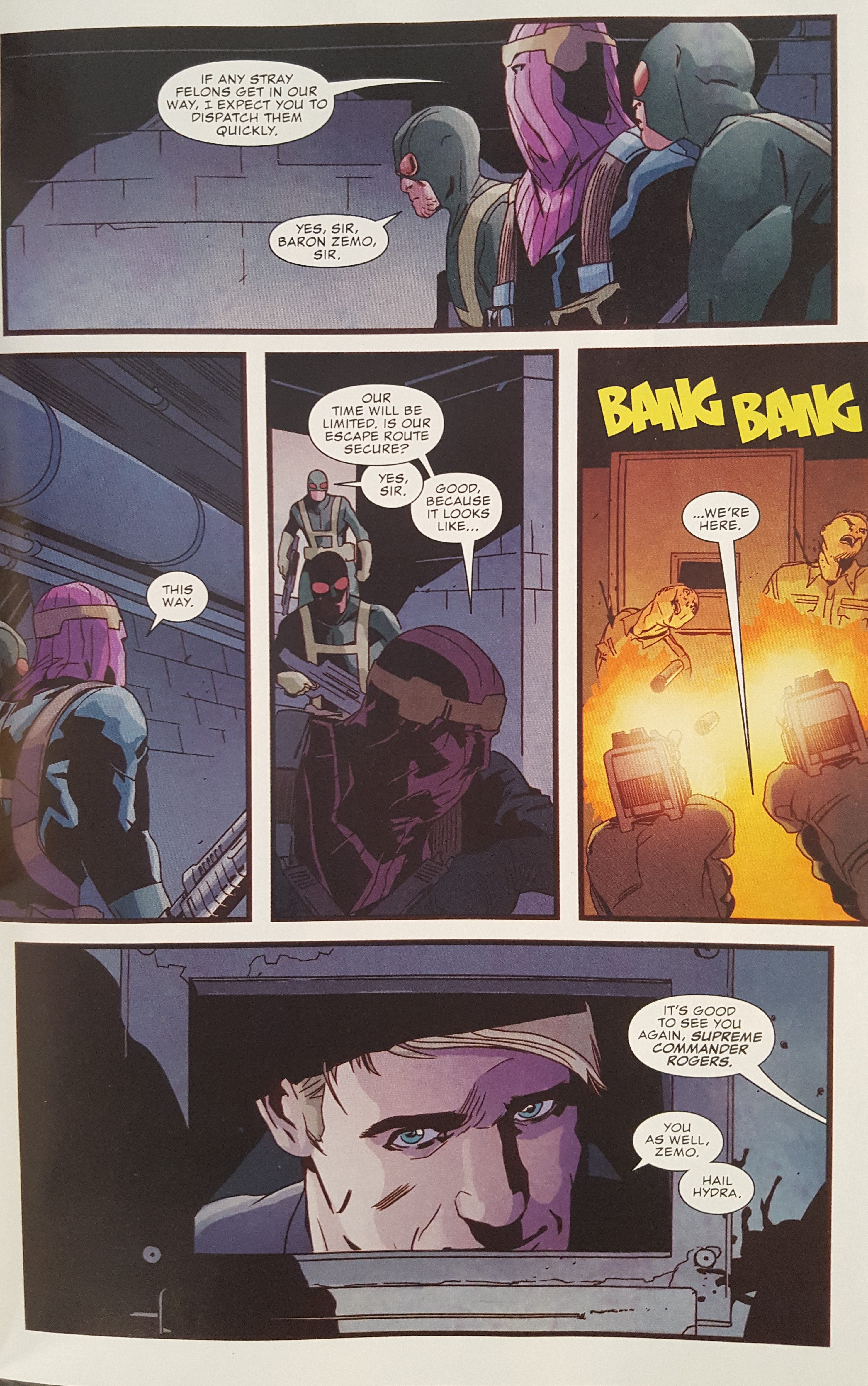 If only Captain Marvel hadn’t been meddling with Frank Castle and allowed him to punish Zemo and Ghost when he had the chance this reviled character would be languishing in a prison for a very long time.