Writer Chuck Dixon, artist Timothy Lim, colorist Brett Smith, and consultant Mark Pellegrini have been teasing us over the past month about their upcoming project, Trump’s Space Force. We’ve gotten to see Lim’s design of Space Force One as well as the space suits President Donald Trump will wear as he fights against an incoming alien invasion and their allies the Establishment. Now, the team has launched the IndieGoGo for the project with a goal of $15,000.

The project is described as a “high octane, kinetic thrill ride blending over-the-top science fiction adventure with political satire and humor.” They also describe what they want to deliver to fans and customers with this project:

“With the announcement of the real-life Space Force becoming a reality and the current state of the comics industry catering to a one-sided ideology, the team behind Trump’s Space Force wants to deliver a quality book that tells a great story, captures the current zeitgeist, and entertains with dynamic art.”

Lim previously told us Trump’s Space Force “will have the same tone as action-packed science fiction movies such as “INDEPENDENCE DAY” and “STARSHIP TROOPERS.” There is a touch of parody and satire in it, but Chuck Dixon insisted that he tell, first and foremost, a solid story that people would want to read.”

He also touched on the plot of the story:

The book will be 40 pages in length.

Currently 40, and we are adding more with stretch goals!

Like Lim, Pellegrini, and Smith’s My Hero Magademia, this book will also feature a number of cameos from not only other independent creators’ characters, but also some renditions of real life pundits and analysts.

Some of those cameos include Regina Ragowski from the Rags Zombie comic.

Killing zombies is one thing. Fighting aliens is another.

Thanks to @rags_zombie for everything! We love you, man!

Another is One America News Network’s Jack Posobiec.

TRUMP’S SPACE FORCE is live now at IndieGoGo! Thanks @JackPosobiec for fighting for us!?

They will also be joined by prolific comic creator Scott Adams.

Thanks @ScottAdamsSays : the cadets of the Space Force will really appreciate your tutelage in Advanced Persuasion! Might not work on the Bad Hombres that you’ll be dealing with, but it’s worth a shot!?

Other cameos include Charles Payne from the Fox Business Network and Donald Trump Jr. 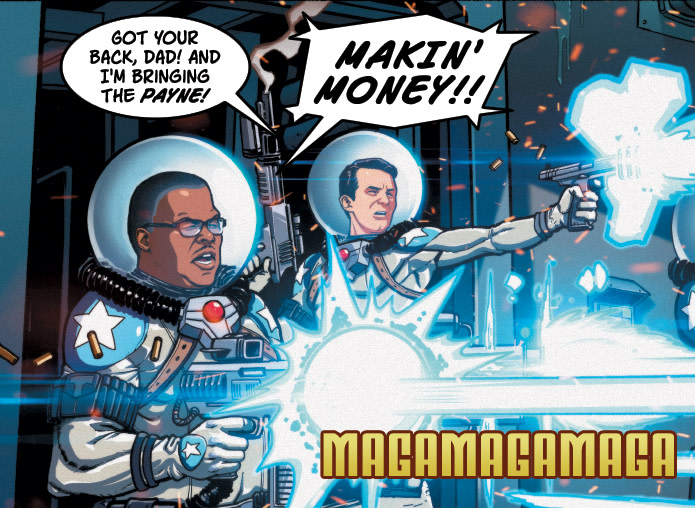 There will also be an appearance by Jack Irons! 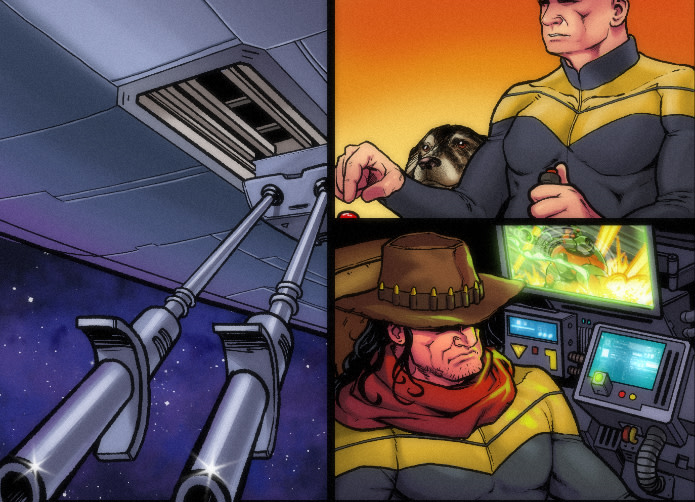 And you can bet there will be more!

Trump’s Space Force will include a number of perk options with each option coming with a Space Force Flight Patch. 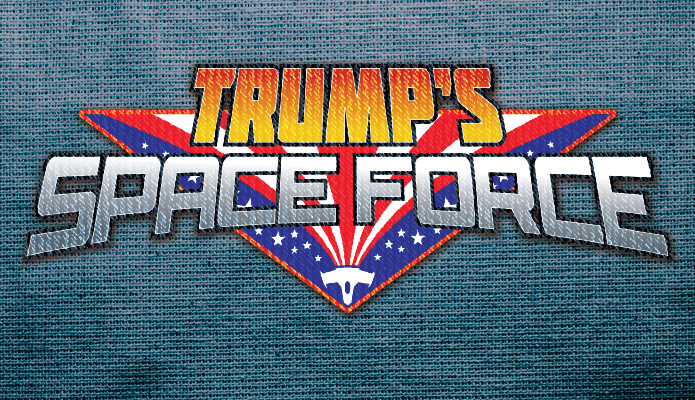 $25 gets you a signed copy of the book by Timothy Lim.

$50 gets you a signed copy of the book plus a Make Space Great Again hat. 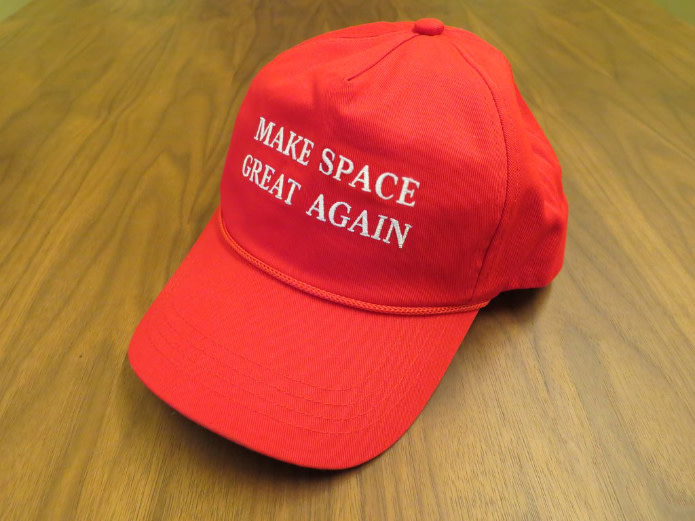 $250 gets you a signed book, the patch, the hate, and a numbered George Peter Gatsis Space Trump statue. This is limited to the first 100 people. 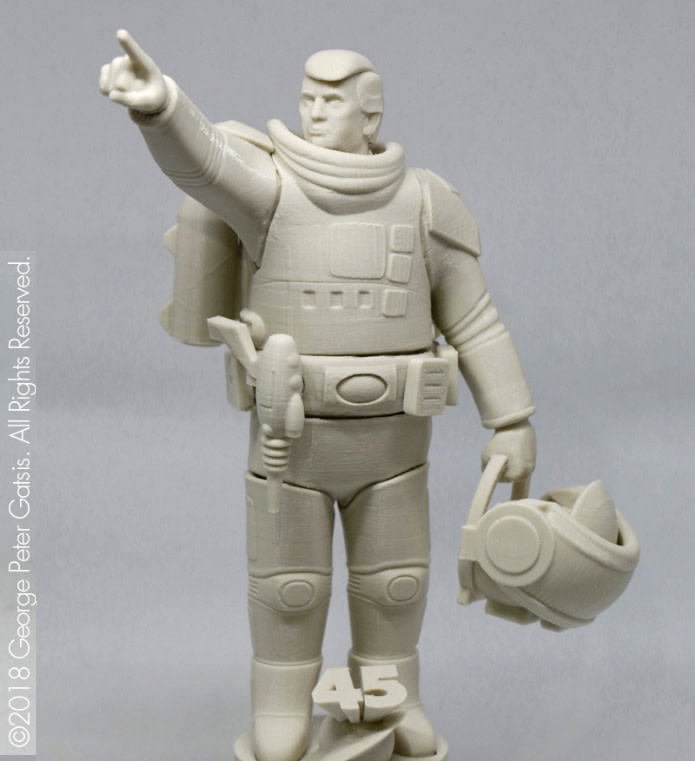 A second $250 option gets you a signed book, the patch, the hate, your name in the roster, and a Dave Dorman canvas print. This is limited to the first 20 people.

$1000 gets you the signed book, the patch, the hat, your name in the roster and an articulated Jin Saotome custom Space Trump. 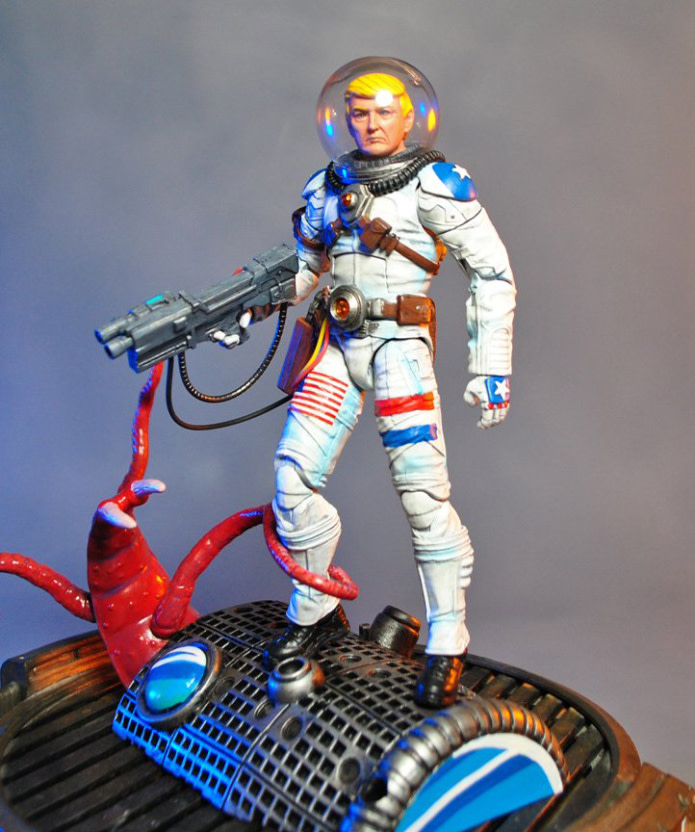 A second $1000 option gets you the signed book, the patch, the hat, your name in the roster, and your likeness included in the book!

$8,000 gets you a signed book, the patch, the hat, your name in the roster, and your own original Dave Dorman cover art. 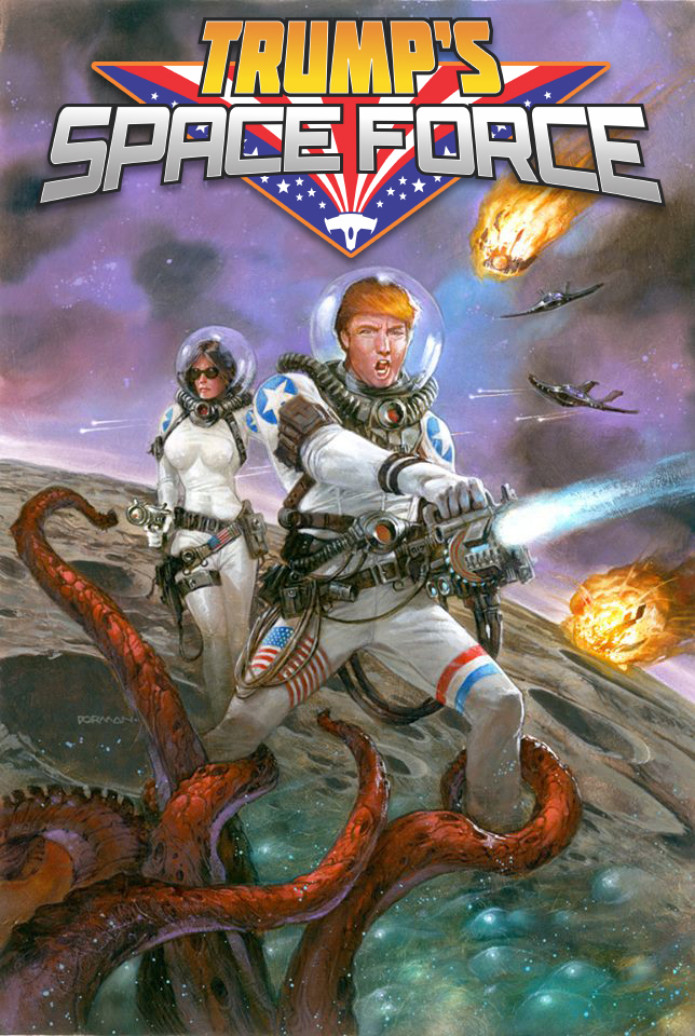 Trump’s Space Force is also the introduction of what Lim and company are describing as the MAGAverse which will be used to promote “independent talent by having characters from our network of friends appear in the story.”

Trump’s Space Force IndieGoGo has already raised $2,625 as of this writing!