Marvel didn’t give us any more real information other than a cover photo of the new character. 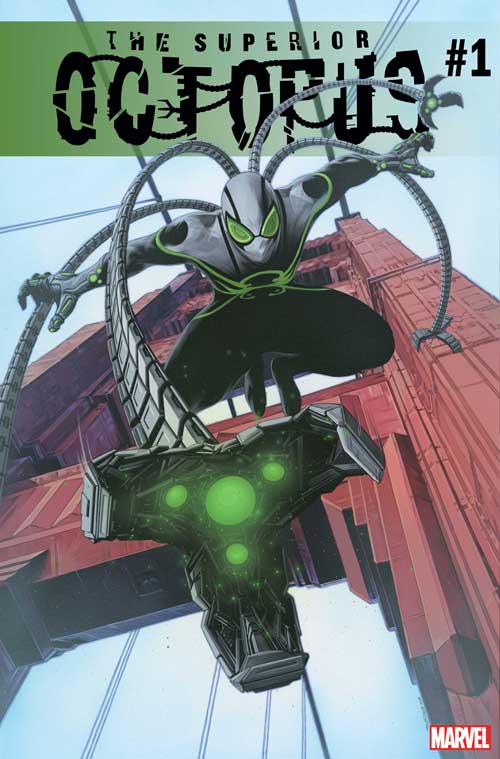 However, they did reveal that more information about the potential one-shot will be made available at San Diego Comi-Con during Marvel Comics’ Spider-Man panel which takes place on Friday July 20th from 12:30 to 1:30 PM PT in room 5AB.

Do you think this is Otto Octavius in a brand new Superior Octopus suit? He makes the most sense. In Dan Slott’s run on Spider-Man with artists Ryan Stegman, Humberto Ramos, and Giuseppe Camuncoli, Otto Octavius took over the body of Peter Parker and let Peter die in Octavius’ body.

However, there are some complications as Octavius is affected by Peter’s memories. The result is the Superior Spider-Man. Octavius attempts to become a better Spider-Man than Peter and a better man than Otto Octavius.

However, it’s also possible we could see the reverse of what happened in Superior Spider-Man. We could see one of many of Marvel’s Spider characters inhabit Doctor Octopus’ body and become the Superior Octopus. It probably won’t be Peter Parker given Marvel just relaunched Spider-Man with Nick Spencer and Ryan Stegman. I wouldn’t be surprised if we saw Miles, Ben Reilly, or even Gwen Stacy become the Superior Octopus.