She Could Fly comes to us courtesy of Dark Horse and their new imprint, Berger Books. It’s a title that, until the final pages, plays its cards close to its vest. It’s a bravely unique title that held my attention with interesting characters and deep themes. I enjoyed my entire time with the book, but the final few pages bring the story together in a way that elevated my interest to new heights and I feel that I am safe in saying that Dark Horse Comics, writer Christopher Cantwell, and artist Martin Morazzo have given us one of the most intriguing new comic series to come out in some time!

Some lady is flying around the sky. No one knows who she is, or how, or why she’s doing it. Everybody seems to be amused by her antics, but high-schooler Luna is obsessed with them. Luna is our main protagonist of the story and it’s her heart-breaking character arc that carries the first issue. Luna struggles with severe anxiety as well as uncontrollable violent thoughts. She would never hurt a fly, so these images of herself inflicting horrific acts upon people she loves is beginning to break her down and the book doesn’t hold back on the intensity of these scenes. She also struggles constantly with an inner voice that continually berates her and tells her what a terrible person she is. It’s heart breaking stuff. 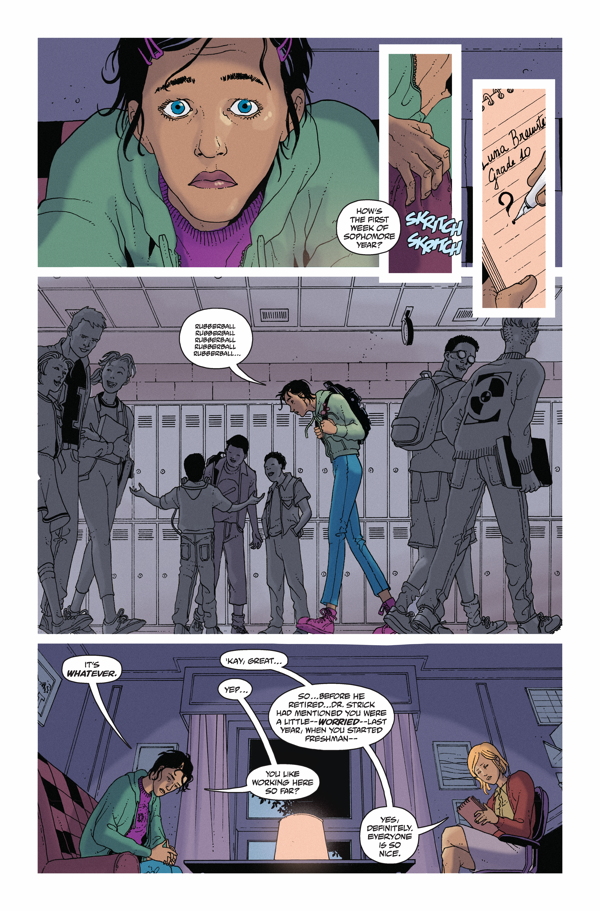 It’s almost shocking to see some of these acts play out on the page and it is all the more horrific knowing how much these thoughts are harming Luna. The violence never seems exploitative or gratuitous, however, and when you understand the context of it, you realize it’s necessary in order to fully communicate the weight of Luna’s psychological struggles. It’s not only violent actions that plague Luna’s thoughts, however; there are a plethora of strange things that Luna is dealing with psychologically. The idea that a woman can physically fly above the world seems to spark in her the idea that she can possibly fly above her problems in some way. The shred of hope she has in this proposition makes the proceedings of the book both tragic and heart-breaking and the resolve she finds on the final pages set up her future story arc in a very compelling way.

Luna isn’t the only character worth getting behind here, either. The more we learn about the flying woman, the more an intriguing mystery unfolds and there are plenty of players involved here. There are such a vast array of personality types on display here that everyone’s interactions with one another keep the book from being pigeonholed into one genre or another. There are moments of hilarity, moments of sadness, moments of government cover-up intrigue, and moments of shocking horror. All the different characters do their job in adding to the differing tones of the book and every one of them are written extremely well. 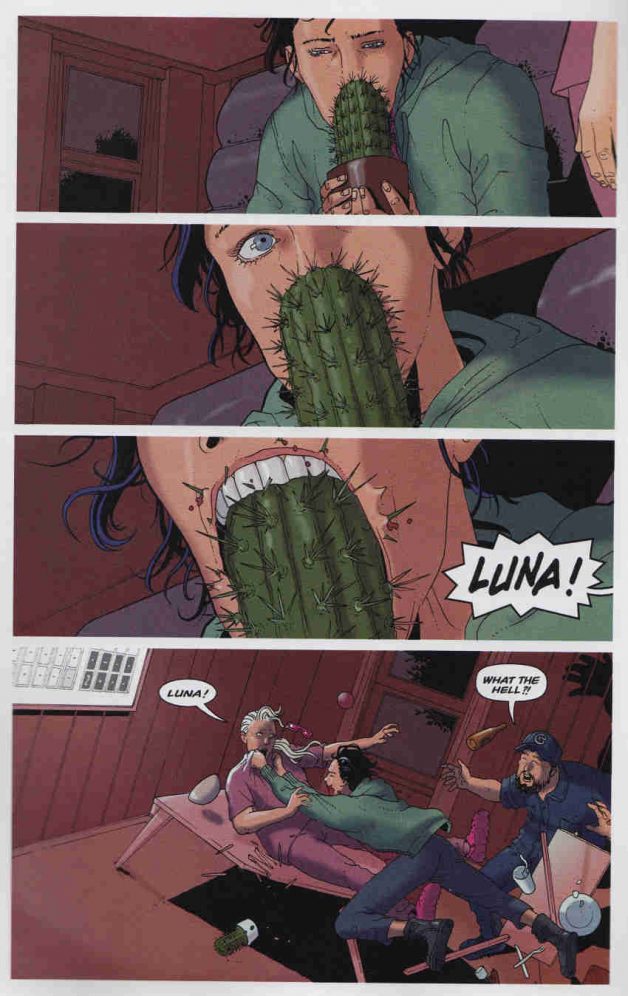 The art is also a big plus for She Could Fly. Artist Martin Morazzo (Ice Cream Man) has a very distinct style that incorporates lots of thin lines and a high amount of detail. Character models and backgrounds are given equal care which amounts to a book wherein the aesthetics are worthy of the fantastic material it accompanies. That is assuming that Morazzo’s penchant for giving all his characters big buck teeth doesn’t bother you. It’s beautiful stuff to be sure, but many of his character models look like they should come equipped with a carrot to nibble on. That is not a complaint, though; simply a personal observation that should not dissuade you in any way from picking up this comic.

The first issue of Dark Horse’s She Could Fly was nothing like what I had expected. To be honest, I wasn’t at all sure what it was that I expected, but it sure as heck wasn’t this. What sounds like the title for another super hero book is actually a much more down to earth look at the lives of some regular people who are dealing with extra ordinary problems. It’s a refreshingly unique title that sets up an intriguing premise and does it all while maintaining an impressive level of distinction from any particular genre. It’s horrifying, hilarious and heart-breaking and it all comes together in a satisfyingly cohesive way. Every character is written to near perfection and their places in the narrative have me extremely interested in their plight. I cannot wait to see what develops next!