Blake describes the gist of the novel, “A hybrid world where magic is slowly leaking into our reality, but an oppressive government is going to any lengths to keep it a secret.” If you are thinking it’s 1984 meets The Craft, you’d be right on point.

The book will see this oppressive government conduct warrantless searches, illegal surveillance and locked up prisoners indefinitely all in the name of national security. While this government operates in the background, the sleepy suburban town of North Valley known for its golf courses and high priced real estate is rocked by a series of murders. One of those murders is the classmate of Calista Scott. She is determined to figure out what happened to Jackson and begins seeking answers on her own. What she discovers is her classmate’s grimoire and that magic is real and it’s the most dangerous weapon in existence. In fact, the grimoire is the equivalent of a loose nuke.

We wanted to learn a little bit more about Calista and reached out to Blake to get the scoop. Not only did she give us some more information about Calista, but there’s also another character the book will follow closely:

“There are two main POV characters in the novel: Calista Scott is a somewhat sullen and skeptical private school student who is on the cusp of turning 18, about to leave high school. She knows something is ‘off’ in the world, but can’t put her finger on it, so she starts investigating.

The other POV character is a charming, witty and slightly deranged secret agent for the CIA, a new recruit from the UK known only as Malek. He’s been added to the new FATHER Division, tasked with an assignment in North Valley, Virginia.”

Blake also explained a little bit about her magic system and how it works:

“The system is multi-tiered, but the core is based on sigils: you draw a sigil with ink or blood, and couple it with the right words to cast a spell. Depending on how it’s drawn, the same sigil will have a dramatically different effect on both the world and the caster. Natural elements found in ink lend stability and balance, where blood is chaotic, and can lead to addiction.
There are a few other elements involved but I don’t want to give it all away! I could nerd out all day explaining the magic system, but it’s more fun to discover it in the book.”

The book is already completely written and after the KickStarter runs its course, Blake will be able to send it to the printers for delivery to all of her backers!

In fact, you can read a sample chapter for the book right now!

Given Blake Northcott is a resident of the frozen tundra known as Canada, all the pledge amounts are in Canadian dollars. Fortunately, there is a rough estimate for the trusty U.S. dollar.

$8 lets you back the book without a reward.

$19 gets you an audiobook plus an ebook of The North Valley Grimoire. The ebooks will be play on Kindle, Kobo, Nook, tablets, laptops, desktops, and your phone. The eBook is expected to arrive in September 2018 and the Audiobook in October 2018.

$27 gets you a Timeless Edition of The North Valley Grimoire which includes a signature by Blake. This version will never be available in stores and is exclusive to KickStarter. It will feature a silk laminate cover. 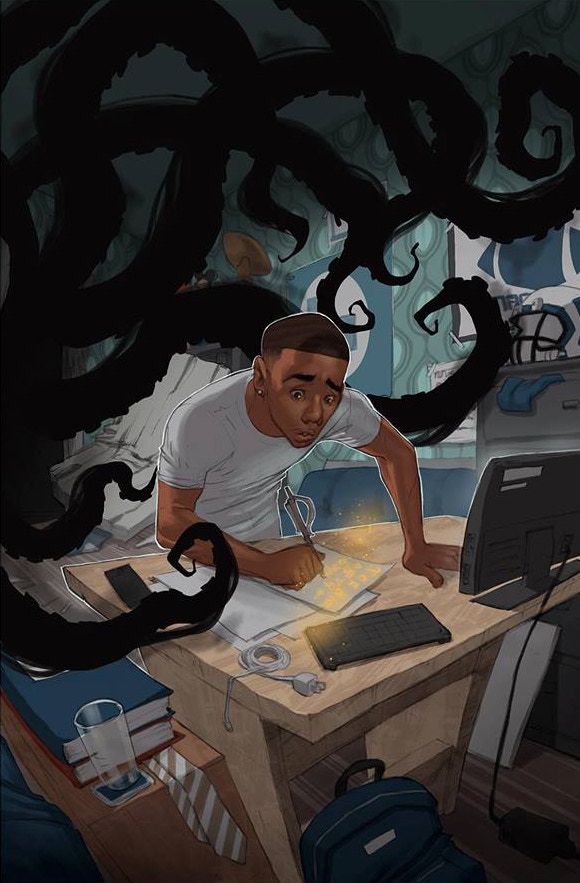 $760 allows you to become a character in the sequel to The North Valley Grimoire which is expected to be released next summer. Along with becoming a character you will also get a professional illustration of yourself. You also get the T-shirt, Timeless Edition Book, Timeless Edition Hardcover Book, Audiobook, and eBook.

$4941 gets you a custom book. You will get the opportunity to work with Blake Northcott to develop your own custom short story. You can create a hero or be the hero in a 10,000 word short story set in the world of North Valley Grimoire. Not only do you get to work with Blake on this piece, but it will also have a custom cover designed, and you’ll get 10 copies of the short story as well as eBook editions.

$30,000 – If the campaign earns $30,000 the book will include 10 full-page comic book illustrations done by Rat Queens artist Roc Upchurch. 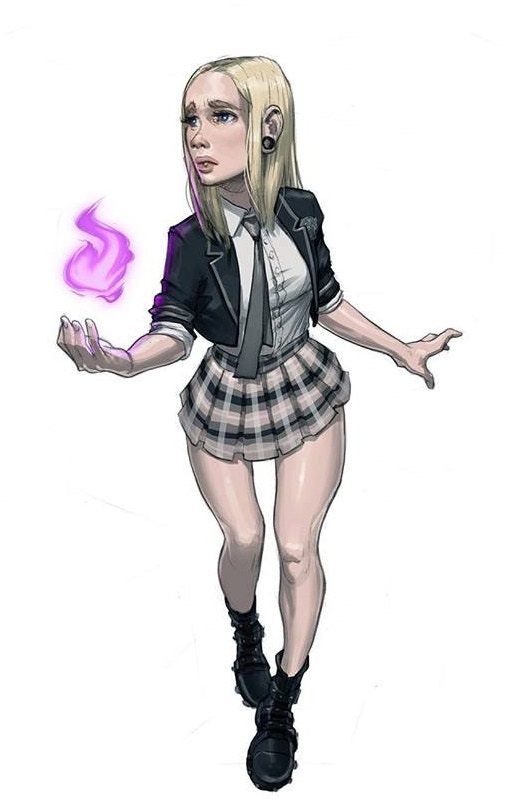 Blake recently provided an update thanking everyone for their support, but also announced a contest for the chance to win a new Kindle. The winner will be announced today.

The book was fully funded on KickStarter after just eight hours. It currently has raised $10,810 from a goal of $7602.

A number of comic book creators have praised the book. Detective Comics scribe Bryan Edward Hill teases the book incorporates a healthy dose of horror, “Horror has a compelling, new protagonist in Calista Scott, and a powerful new voice in author Blake Northcott. Read this book…but do it with the lights on.”

Artist extraordinaire Adam Hughes echoed those sentiments, “The North Valley Grimoire is like the tight flashlight beam preceding you into a basement where you’re sure you heard something loud and wrong but you can’t help but explore, no matter what awaits.”

This looks like an exciting prospect and who knows maybe we will see it get converted into comic book form in the future!