The publishing line will produce monthly issues as well as trade paperback editions and aims to sell them at local comic book shops and book retailers. The new line is expected to launch in November with a brand new Spider-Man series featuring Peter Parker and Miles Morales. It will be followed by an Avengers series in December, and a Black Panther series in January 2019. These book are being marketed as “an easily-accessible jumping-on point for younger readers to follow the adventures of their favorite characters.”

“From Iron Man to Captain Marvel, from the Hulk to Shuri — the Marvel pantheon has something for everyone,” says John Barber, editor-in-chief of IDW. “With this team-up, Marvel and IDW aim to bring exciting, all-new comics to a generation growing up in a Marvel world.” 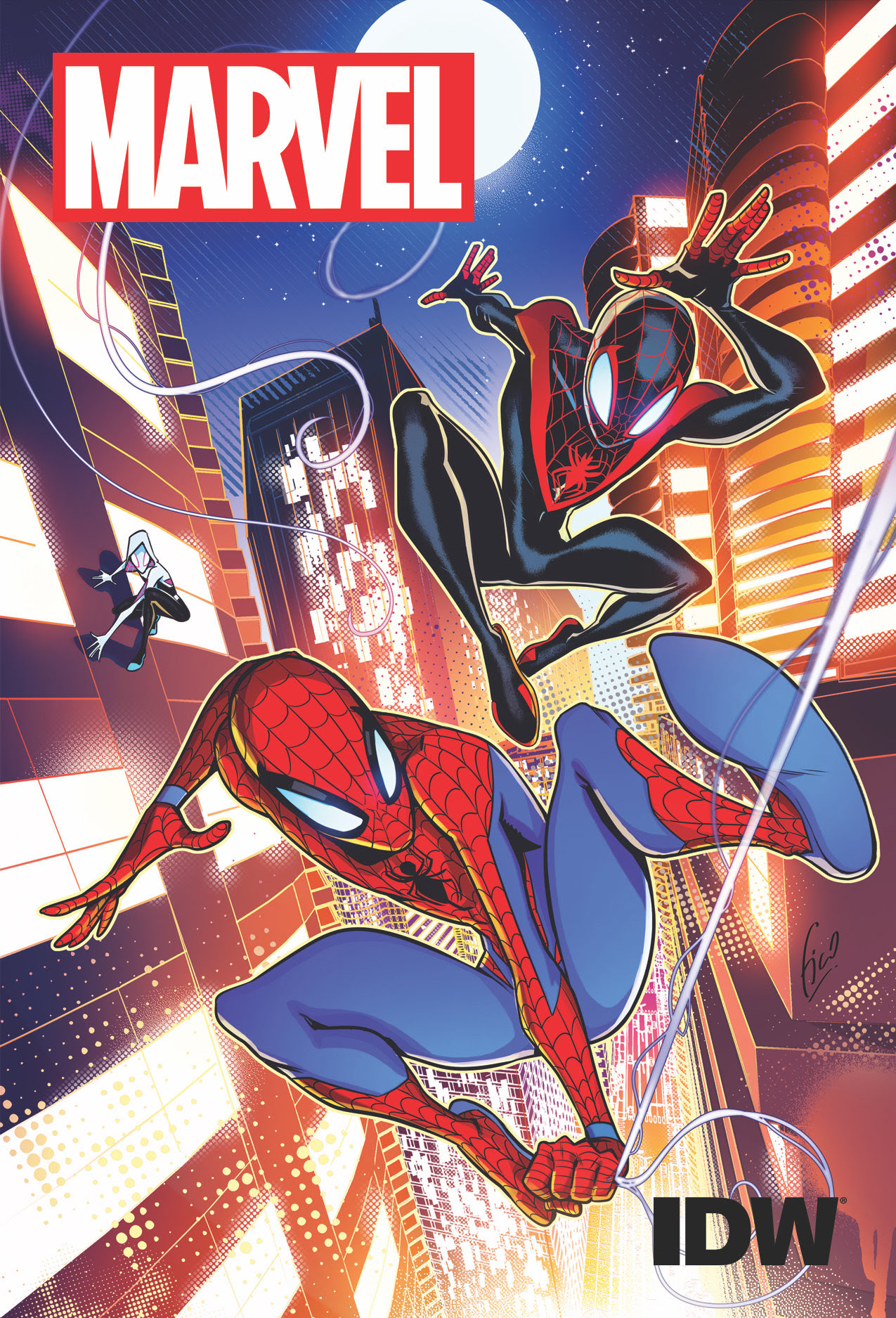 “Marvel is excited to work with IDW to share these brand-new stories with our younger fans. Characters like Spider-Man, Black Panther, and the Avengers inspire us through their strength and determination, but they resonate with readers because of the struggles they face and the challenges they overcome. We want to share their journeys with our younger fans first-hand.”

This isn’t the first time Disney and IDW have teamed up. Disney already licenses their Mickey Mouse and Donald Duck books to IDW. More recently, they’ve worked with IDW on Star Wars, specifically Star Wars Adventures and Forces of Destiny. They’ve even released their own version of a Rogue One graphic novel adaptation with artwork similar to Disney animation.

“Marvel is committed to delivering unique and accessible content for our younger audiences and fans,” said Sven Larsen, director, licensed publishing of Marvel. “As one of our most valued partners, IDW is the right fit to help us feature some of our most popular characters and publish stories created especially for the next generation of Super Heroes.”

“This partnership reflects the true spirit of collaboration at work,” said Greg Goldstein, president and publisher of IDW. “As comic book publishers, IDW and Marvel are able to produce high-quality visual storytelling experiences for fans both young and old. By combining our efforts, along with Marvel’s ever-increasing presence in popular culture, the results will be spectacular.”

YouTuber Kneon of Clownfish TV theorized that Disney would outsource Marvel to other publishers “while divesting themselves of the hassle of running a troubled publishing operation.” He explains that “comics are ancillary merchandise.” He goes on, “the MCU has completely eclipsed the comic books in the mind of the public, and can exist independently from them.”

Is this continued partnership with IDW that now sees IDW Publishing Marvel’s top end superheroes the beginning of the end for Marvel Comics? And IDW isn’t the only publisher where Disney is outsourcing their comics. Dark Horse is actually publishing Incredibles and Frozen comics!