Netflix and DreamWorks Animation released a number of official images for their upcoming She-Ra animated series following a leaked photo which saw many people express their distaste for She-Ra’s new design. 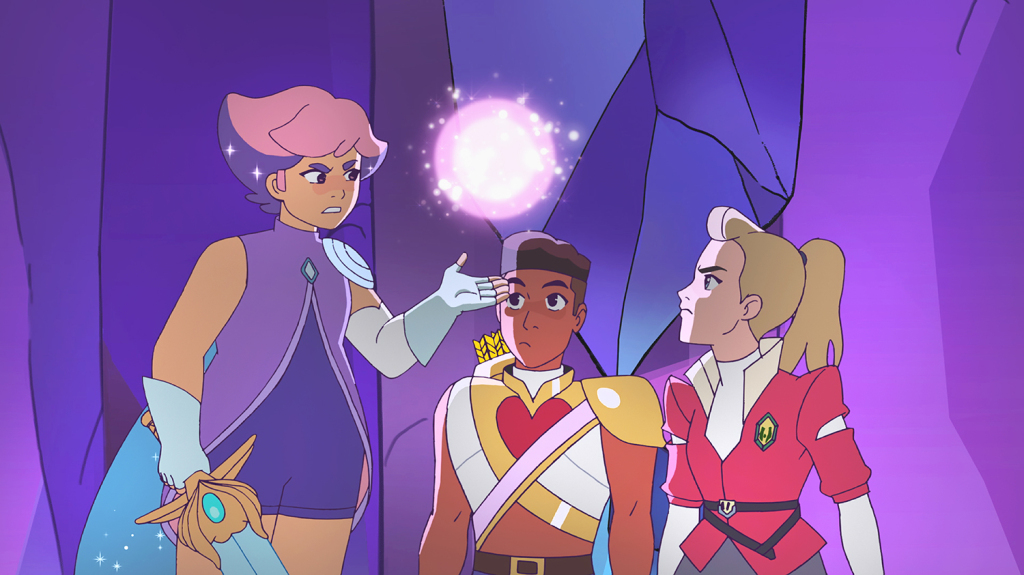 Not only did we get new images, but we also got some more details about the series. She-Ra will be an orphan named Adora in this remake. But not only will she be an orphan, she’s actually a member of the evil Horde until she finds a magical sword that transforms her into She-Ra. 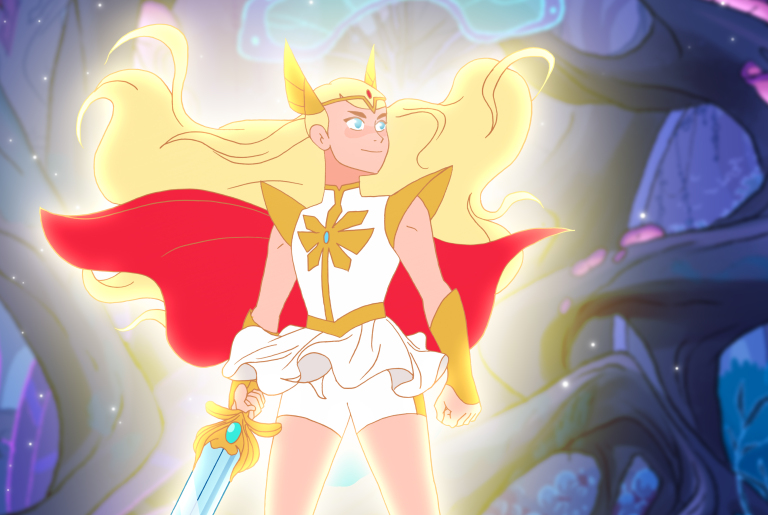 In the original series, Adora was the twin sister of Adam/He-Man and a princess who fought against the evil Horde in order to protect and free Etheria. 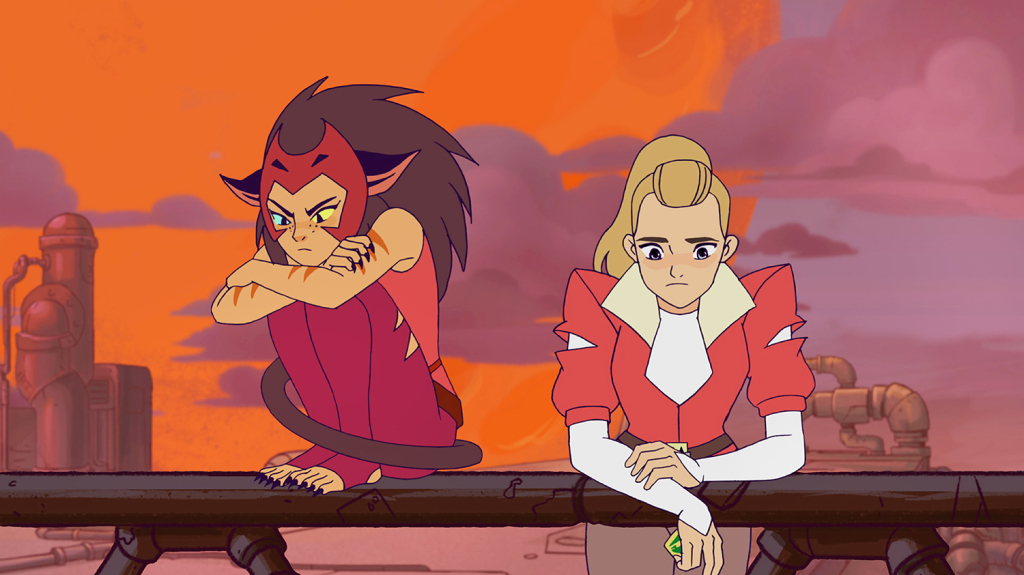 Adora will also be joined by a new family in the Rebellion and together they will fight against evil. The show will feature the voice talents of Aimee Carrero as Adora/She-Ra. Karen Fukuhara will voice Glimmer, Marcus Scribner will voice Bow, and Catra will be voiced by AJ Michalka. The show will also feature Lorraine Toussaint, Lauren Ash, and Sandra Oh. The series is created by Noelle Stevenson and Chuck Austen. 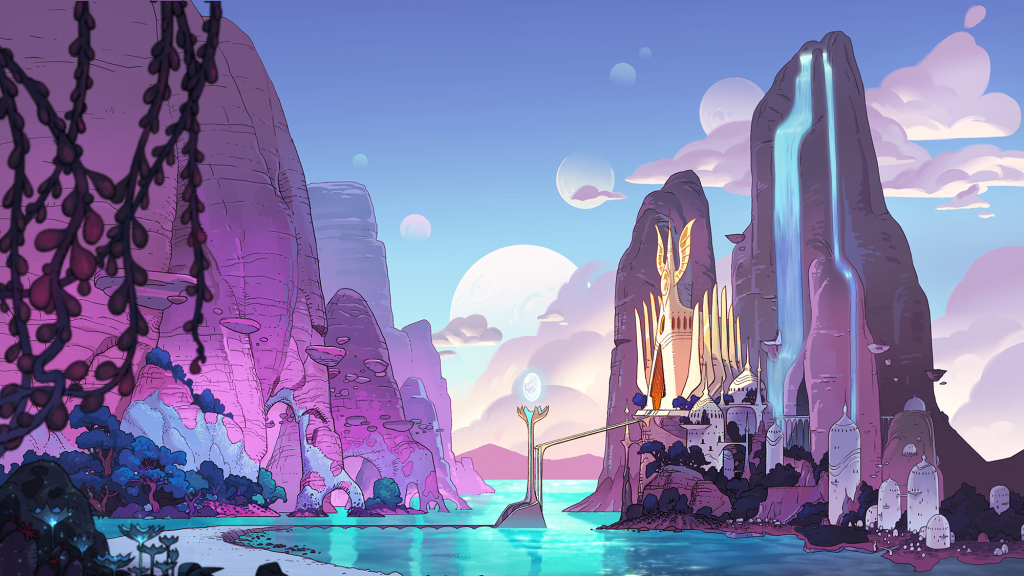 Many fans still are not happy with the redesign of She-Ra and Adora and even some are saying the character looks like a boy. They’ve even just removed the hair from the officially released image of She-Ra to prove their point.

"The Noelle Stevenson re-design of SHE-RA doesn't look anything like a boy!"

"WHATEVER! Sorry you can't FAP to this, INCELS!" pic.twitter.com/mi5yjiYJe1

via @DiversityAndCmx, proof that the new She-Ra… is a boy.

Change the hair, and nothing else, and it becomes absolutely clear. pic.twitter.com/R78VQK0kGU

The design is really bad, if they want this to be a girl at least draw her armor like actual armor, not out of the same material her shorts are made out of, or alternatively, breasts.

It's not about being able to fap or it, it's about Noelle being so hateful to women that are prettier than her. She is trying to shame us for liking a pretty She Ra. I'm sorry, but I'm not going to feel shame for liking my She Ra from my childhood.

I honestly think the design is harmless and lazy. With a few odd things that don’t sit right.

But I can understand why people who grew up with a strong female character are upset that they made her look more manly.

Thundercats, She-Ra … no point in complaining about character designs. It's just the 2018 style: slowly morphing every muscular, fit 80s hero into a vaguely-human looking wad of marzipan.

This is a strawman. People are complaining because in spite of the character being female she looks like a teenage boy. The she-ra netflix reboot comes off like badly drawn tumblr art where attractive female characters are given makeovers that make them frumpy and mannish.

I always wanted a cool reboot like the DC comics Masters or The 2000's he-man show. netflix really droped the ball here. She-Ra is a grown woman and not some high school brat.

On the left is She-ra, on the right is She-ra on Calarts
Not. Even. Once.#CalartsAwareness pic.twitter.com/pdL2IsH6mF

Look at her? That’s a boy vs the others..She ra is basically Noelle Stevenson with long blonde hair..she even admitted she wanted a tomboy character growing up..made lumber janes and then basically used She-ra to make her idea bigger of tomboy pic.twitter.com/XAn3OWZLxw

Wouldn't complaining about the She-Ra cartoon fall under #CartoonGate instead of #ComicsGate?

Either way, I don't care about the animation style or character design. I just want to know why little girls are expected to look up to a boy in drag.

THIS is what the artwork for the Netflix reboot of #SheRa looks like. WTF??

What do you think of the new She-Ra design? What about Glimmer and Catra?

She-Ra and the Princesses of Power comes to Netflix on November 16, 2018.