Marvel Comics, writer Dan Slott, artist Valerio Schiti, and colorist Joe Caramagna have brought back an Avenger from the dead in Tony Stark Iron Man #2. Just who could this Avenger be? Well, it’s none other than War Machine a.k.a. Colonel James Rhodes.

If you didn’t know Rhodes had died Slott and company remind us of a number of times he has perished including his most recent death when Thanos punched a hole right through his entire body. 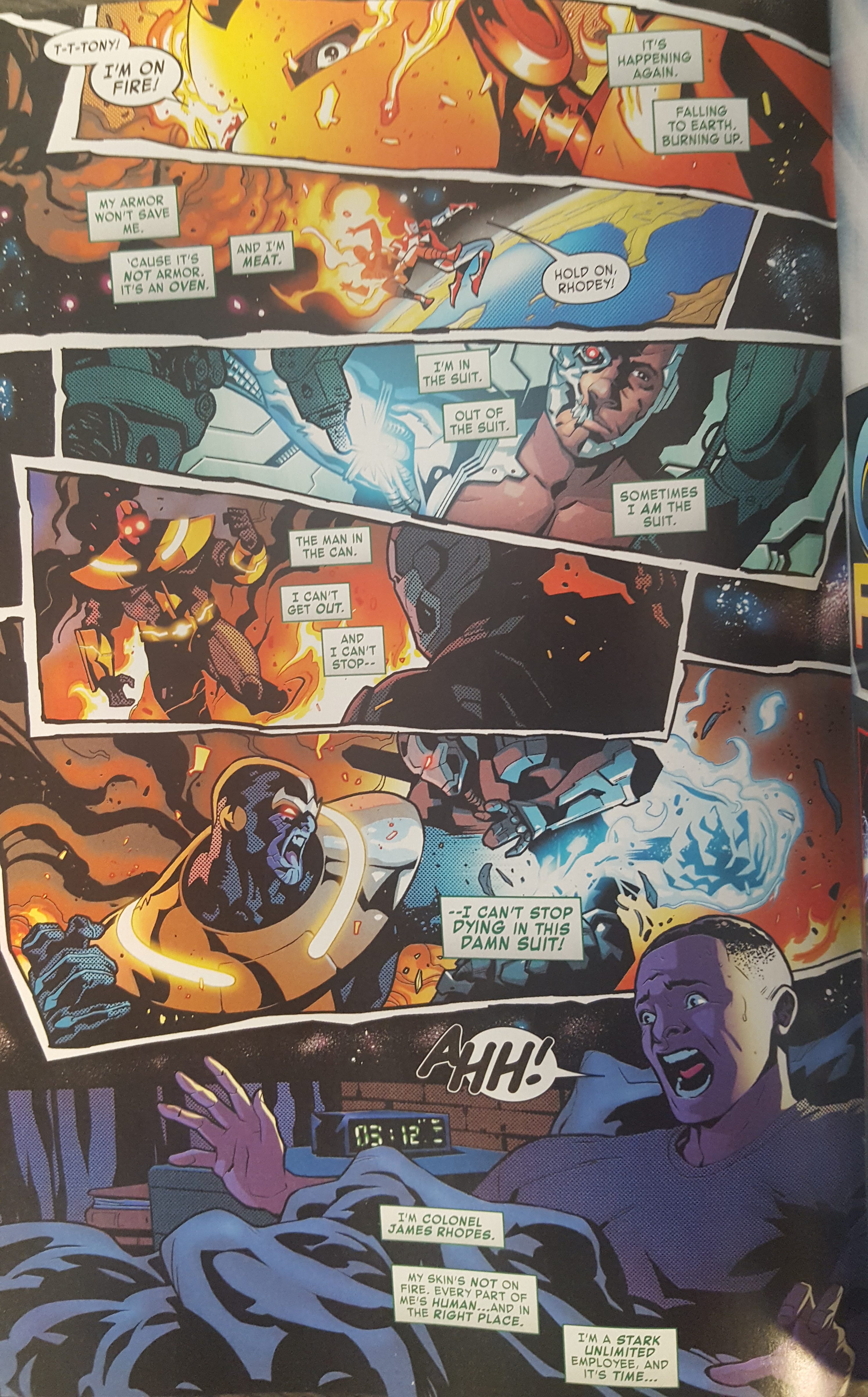 Now, you are probably wondering just how he came back to life? Well, apparently Tony Stark can now genetically re-engineer bodies. 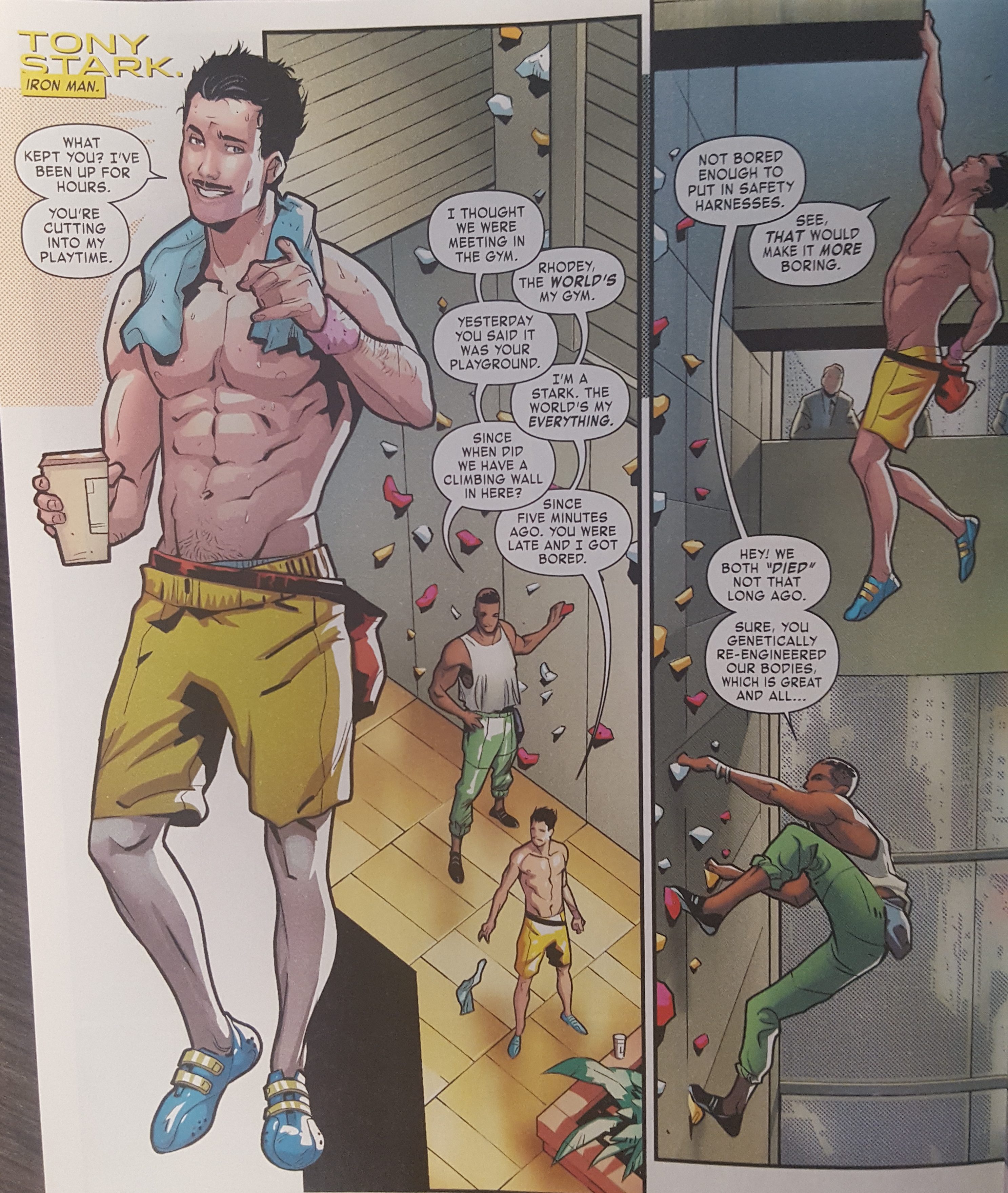 But he’s not the same Colonel James Rhodes. While he does jump right back into the War Machine suit when Tony Stark asks him too, it doesn’t feel right. In fact, he says he’s suffocating in it. But the suit is fully operational, it’s all in Rhodes’ mind. But not to worry, Tony Stark is looking out for his mate. He cuts a deal with Baintronics to purchase a brand new piece of technology called the Manticore. It’s an armored tank with flight capabilities that also has precision accuracy. What makes the unit unique is that it can switch between it’s flight mode and it’s ground mode almost instantaneously. It’s definitely a war machine! 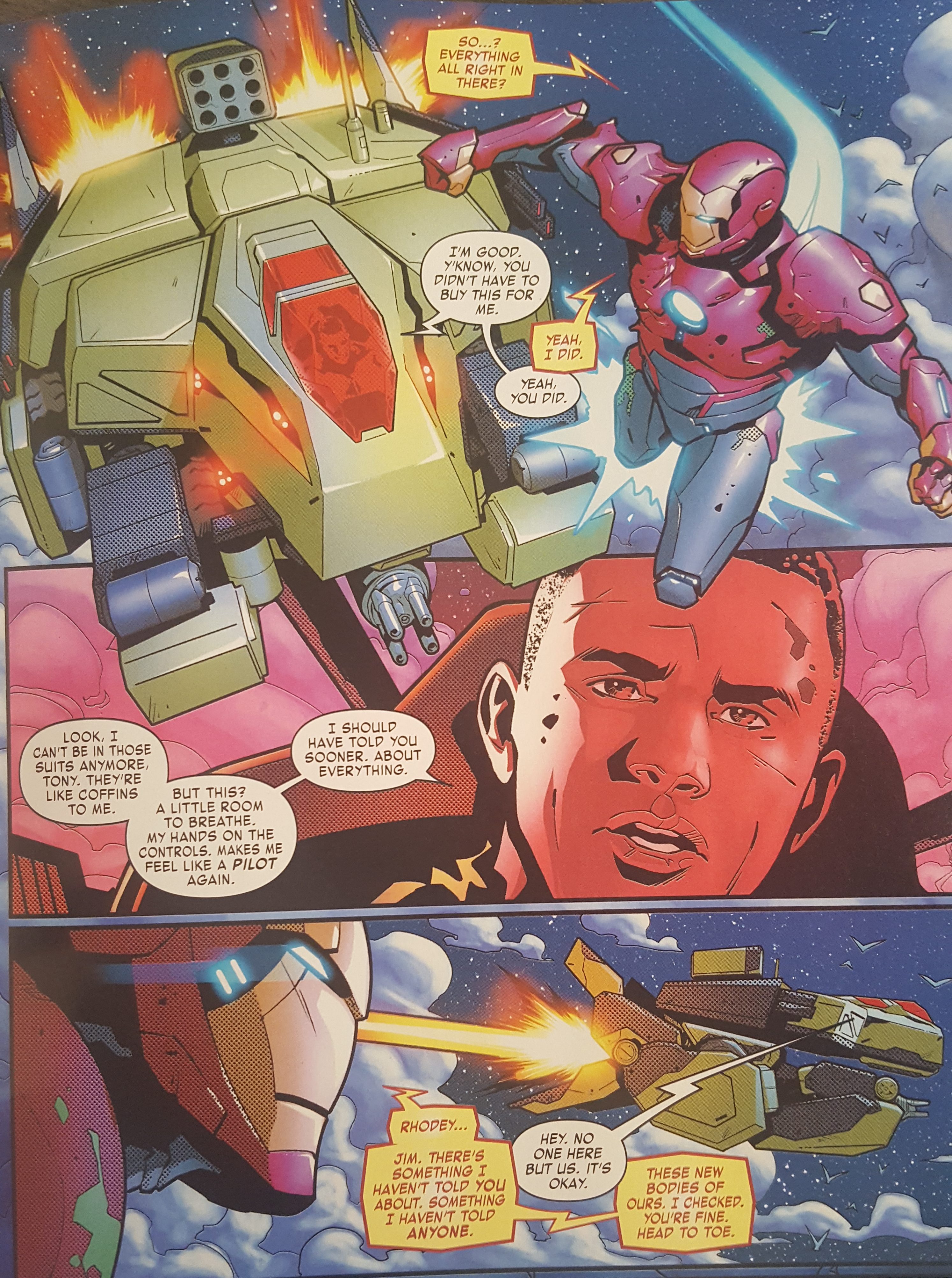 As for the rest of the issue, I was cautiously optimistic about the series moving forward after the first issue, but this issue didn’t do anything for me. Rhodey coming back to life was just more of the same from Marvel Comics. Death doesn’t have any meaning and there are no real consequences for the characters. And now apparently you can just be genetically reengineered by Stark if you die. Jane Foster’s cancer means NOTHING now. She can die and just be reengineered without the cancer.

There’s also a weird robot rights subplot with Jocasta and her husband. It’s uninteresting and mostly just annoying. It looks like Slott took the most annoying part of Solo: A Star Wars Story and decided to include it in this book.

There was also some weird  moral issues in this book. Stark rushes off to reclaim his stolen tech and even gets in a fight over it, but by the end he’s negotiating with the villains to buy it from them. It was anti-climactic and all-around strange.

I probably won’t be picking this book up moving forward.