The most recent announcement happened at the Spotlight panel for Geoff Johns, where it was revealed he is writing and executive producing a new Stargirl television show for DC Universe. He will be joined by Greg Berlanti and Sarah Schecter, who will also executive produce. 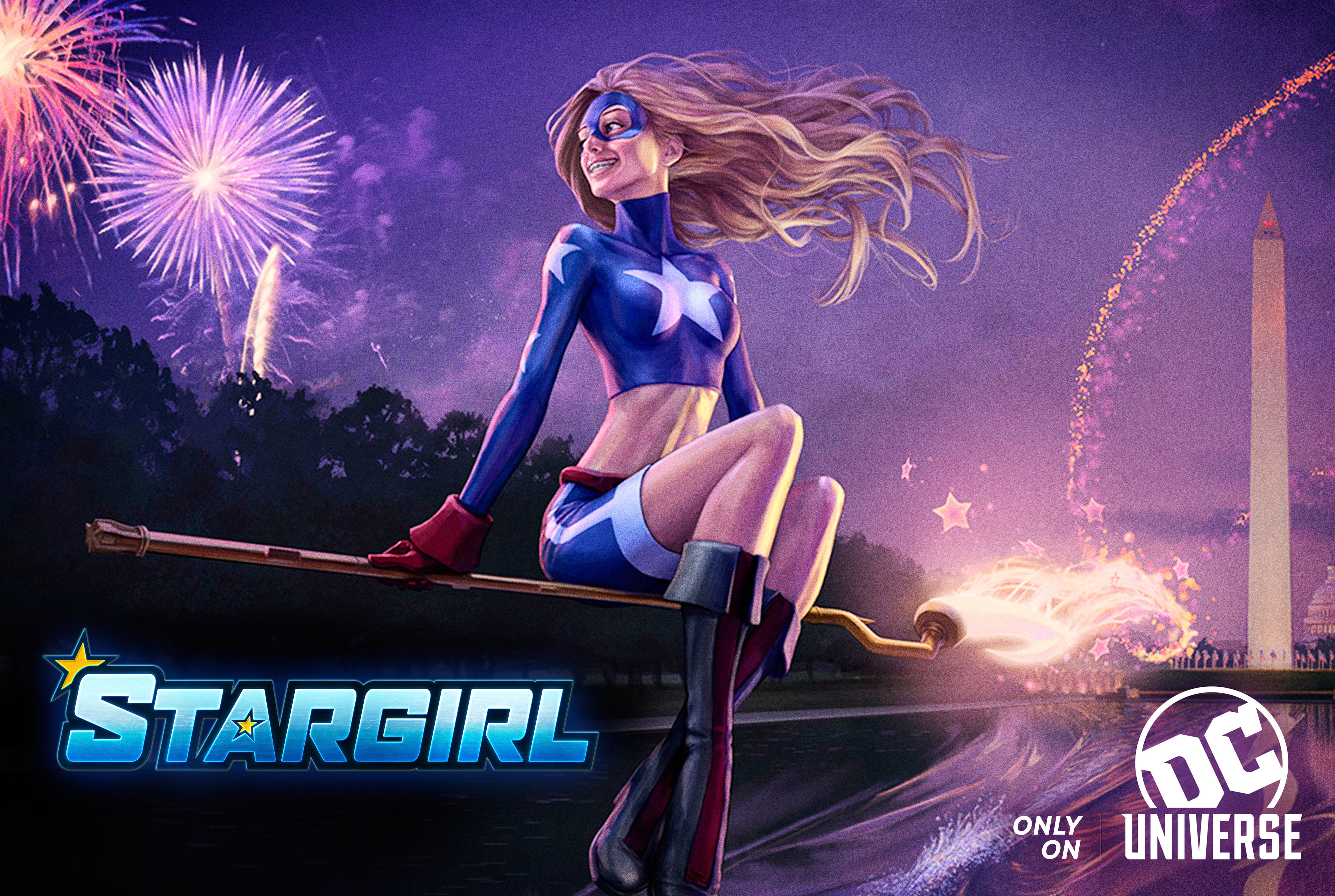 DC promises the series “reimagines Stargirl and the very first superhero team, the Justice Society of America, in a fun, exciting and unpredictable series.”

Stargirl was originally created by Geoff Johns all the way back in 1999. The character was inspired by his late sister who died in a 1996 plane explosion.

He spoke to Deadline about the character and what it means to him:

The series is expected to premiere sometime in 2019. It will be produced by Warner Bros. Television, Mad Ghost Productions and Berlanti Productions. It is scheduled to have a 13-episode run for the first season.

I always dug the episodes of Justice League Unlimited with Stargirl, especially when they head into the core of the Earth. I’m willing to give this a chance especially with the Justice Society of America on board. My guess is it’s going to definitely be targeted towards a younger audience given the promo picture and Johns’ comments to Deadline.

What do you make of this new series. Does it get you interested in the DC Universe streaming service?