IDW made the announcement at San Diego Comic-Con and gave us an update via Twitter.

It will be a five-issue miniseries that serves as a sequel to the Secret History of the Foot Clan. 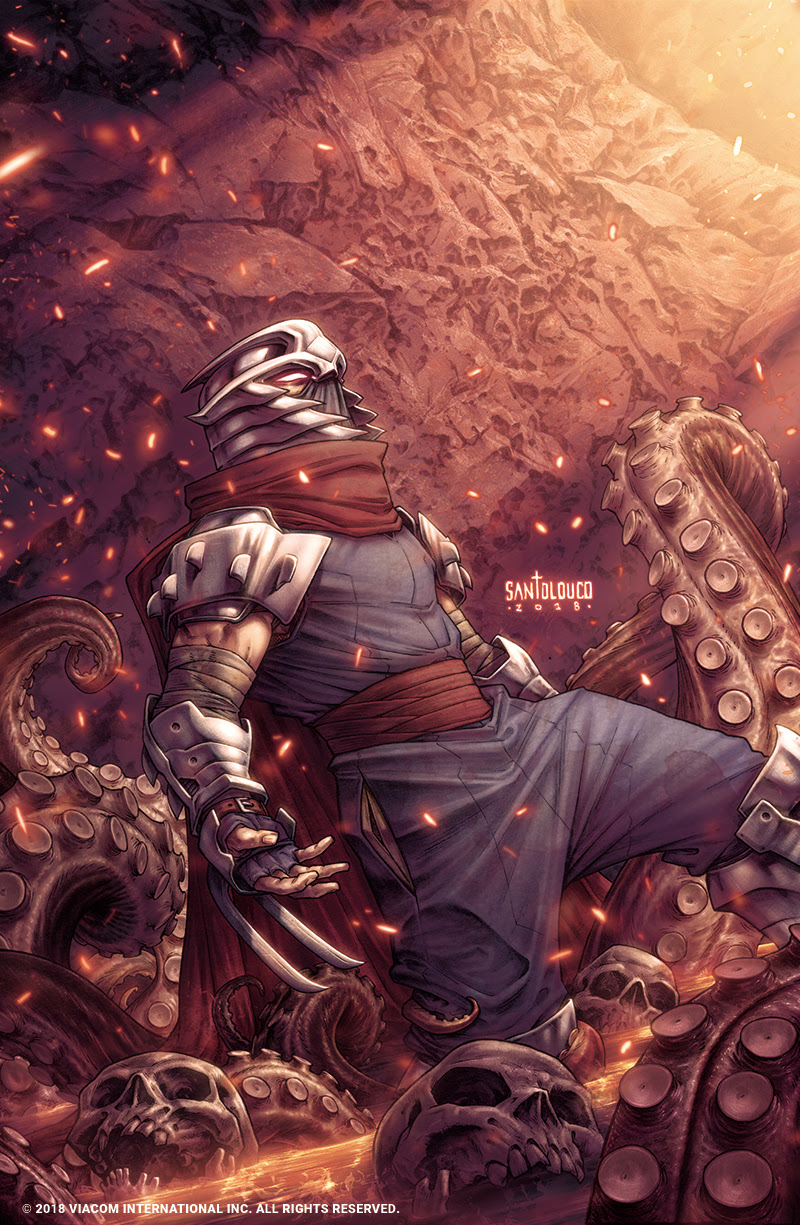 In a press release IDW described the book:

“Shredder in Hell, the latest chapter in IDW’s groundbreaking TMNT saga, sinks into the nightmarish pits of the afterlife, where the infamous leader of the Foot Clan struggles to survive. In the process, Shredder discovers his true purpose… as well as the origins of the great beings responsible for both destruction and creation in his world.”

Santoluoco was grateful for the opportunity to put his talents to the book:

“I’m very humble and thankful to help expand the rich universe of TMNT, adding new layers to the Turtles’ main villain. We’re not only revealing Shredder’s role in a conspiracy of divine proportions, but we’ll have a better understanding of his fears and ambitions. Oroku Saki is more human than ever… and this will only make him an even stronger force for the TMNT to face.”

Teenage Mutant Ninja Turtles Group Editor Bobby Curnow addressed how the book is a sequel to Secret History of the Foot Clan, with one major difference:

“Shredder in Hell is in many ways a spiritual sequel to the beloved Secret History of the Foot Clan. There’s one crucial difference: whereas before Mateus was just coming into his own as a creator, he is now, five years later, working at a master class level. The art he is producing is unreal, and the story is surprisingly deep and reaches to the core of IDW’s TMNT universe.”

Shredder in Hell is expected to hit shelves sometime in early 2019.