IDW Publishing will tap one of their top creatives in Tom Scioli, the man behind Transformers vs. G.I. Joe, for an all new Go-Bots series based off the classic toys from Tonka. Scioli will both write and illustrate the series.

This will be the first story in three decades that classic toy and cartoon characters like Leader-1, Scooter, Turbo, and Cy-Kill’s Renegade will be be featured.

The new Go-Bots series will be a five-issue miniseries.

The story will see a society that has been radically transformed by the Go-Bots. The Go-Bots take care of menial and dangerous tasks. They chauffer humans around and even fight wars for us. However, the one thing they can’t do is dream for humans. But that might be changing. As the Go-Bots have become ever more integrated into society, a question arises. Could they be here to replace humans? 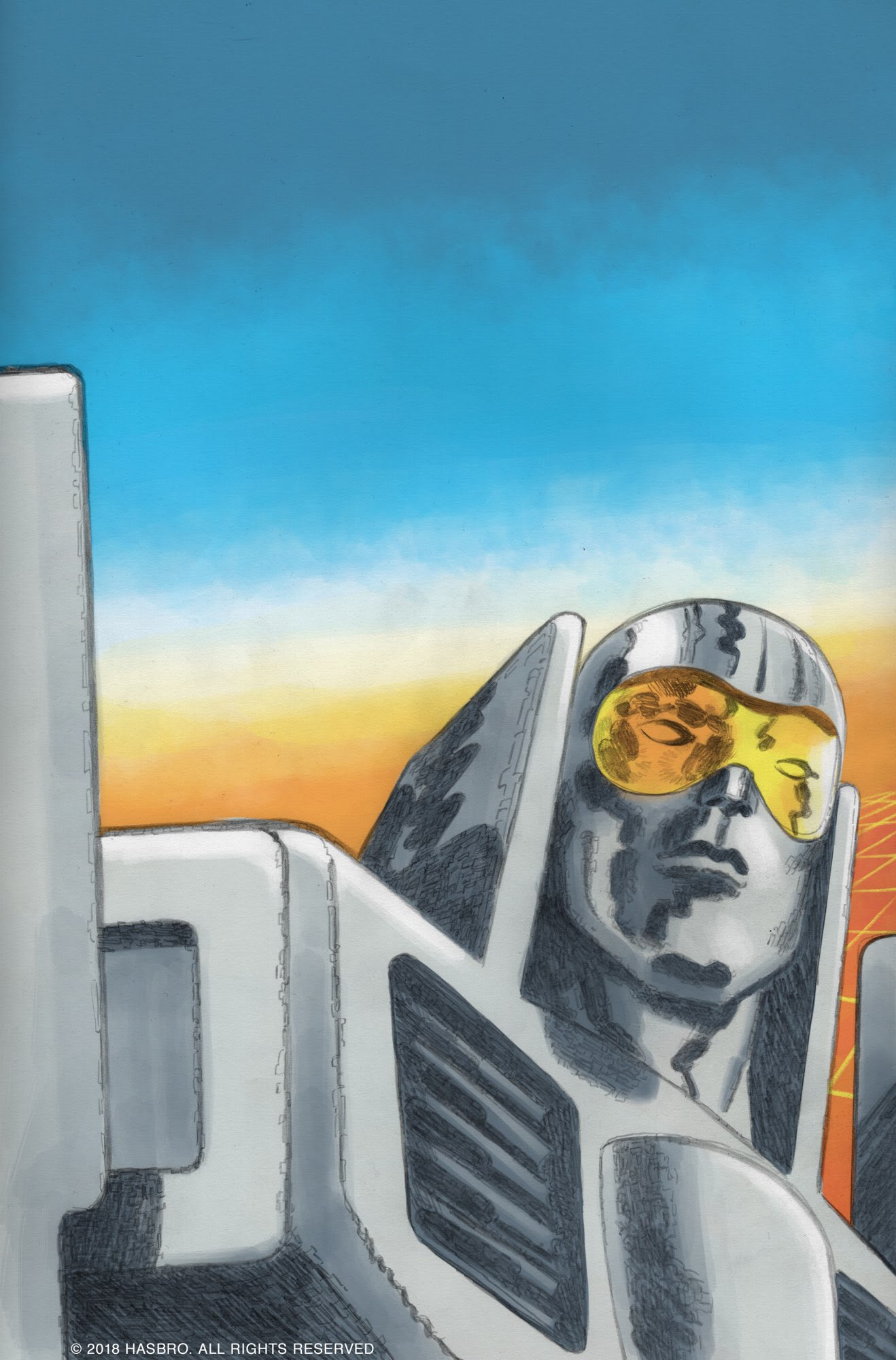 “This is a dream project – I’m writing, drawing, coloring, and hand-lettering this book. It’s a labor of love,” says Scioli. “When these characters were conceived of in the ’80s, the idea of robots with human personalities was science fiction. Now, it’s history. The world of living machines is here – we’re living it. The time is right for Go-Bots!”

Avant-garde creator Tom Scioli has been pushing the comic book storytelling medium for nearly two decades now and his work on Go-Bots is yet another watershed moment in his career,” says IDW Associate Publisher David Hedgecock. “It is a testament to the strong collaboration between IDW Publishing and Hasbro, that projects like this can exist on licensed properties.”

The Go-Bots were originally a a transforming robot toy similar to the Transformers. They were originally produced by Tonka, but became the property of Hasbro after they bought out the company in 1991. The characters were subsequently featured in the animated series Challenge of the GoBots and its follow-up film GoBots: Battle of the Rock Lords, which established the Go-Bots universe as an alternate universe within the Transformers franchise.

I wouldn’t be surprised if this series turns out to be a success for IDW that we see a potential Transformers and Go-Bots crossover in the future.