Joss Whedon is getting back into comics with a new Dr. Horrible one-shot from Dark Horse Comics, Dr. Horrible: Best Friends Forever. The move is interesting given Whedon moved his Firefly comics from Dark Horse to BOOM! Studios earlier this month. Whedon also recently locked up a deal with HBO that will his new television show The Nevers debut on the network.

Whedon made the announcement during the Dr. Horrible’s Sing-Along Blog 10th Anniversary Panel at San Diego Comic-Con. Whedon will be writing the comic with art by José Maria Beroy and Sara Soler. It will feature colors by Dan Jackson and Fábio Moon and Francesco Francavilla will provide covers. 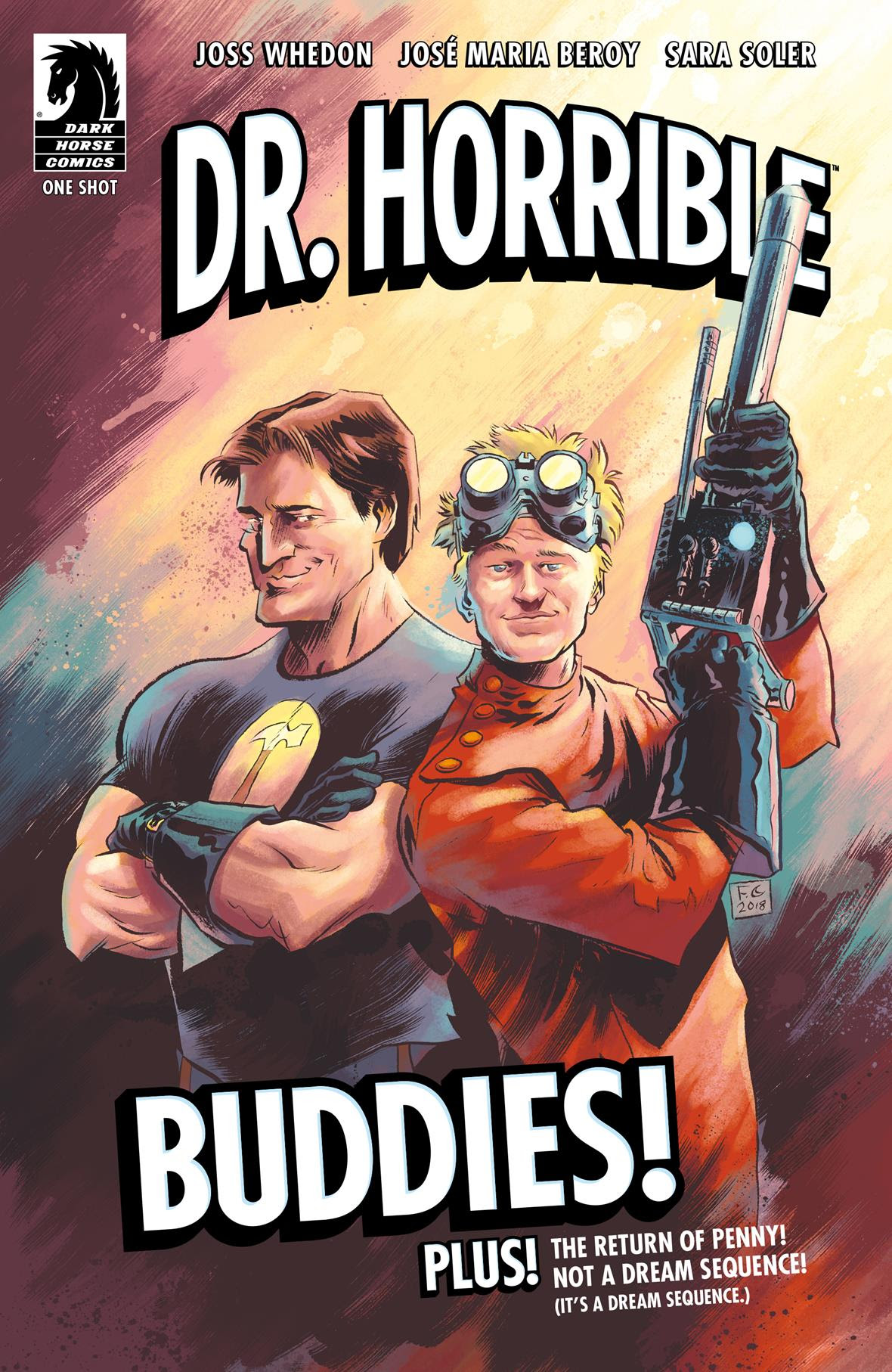 Dr. Horrible’s Sing-Along Blogreleased in 2008 and was a made-for-web musical movie by Whedon and his two brothers Zack and Jed Whedon. The movie starred Neil Patrick Harris as Dr. Horrible, an aspiring supervillain, It also featured Nathan Fillion as Captain Hammer and Felicia Day as Penny, who was a shared love interest between the rivals.

This new one-shot will see the time temptress known as Hourglass in trouble. She will turn to Dr. Horrible and Captain Hammer, who are now best friends, for help.

“What a pleasure it is to be back in this world, putting words into these characters’ mouths and saying, ‘say these words, mouths’ and then they do,” said Whedon. “Each member of the Hammerverse—sorry, Doc, that’s what it’s called, he registered it—is a delightful, bigger than life character, but more importantly, on a very human level, they’re idiots. You will thrill to their adventures and weep for their pain, or maybe not weep, maybe just, I don’t know, itchy nose. Based on Actual Events.”