“Robin, if your friends are going to poop on the props and beat up the actors…”

Out of left field. That’s exactly where this film came from. After a rocky social media campaign, Teen Titans Go! To The Movies hits theaters this weekend. The Warner Bros. Animation feature that no-one apparently asked for is actually one of the most enjoyable films of the Summer. A promise of a never-ending smile that you’ll have to endure long after the film has concluded. Unlike any other DC project, Teen Titans Go! to the Movie is interested in nothing but optimism. A bright and shining light, filled with awe-inspiring musical and dance numbers, in a world of dark and sad Hollywood blockbusters.

Directors Peter Rida Michail and Aaron Horvath worked unbelievable magic. The script is from Horvath and Michael Jelenic, both the original creators of the Teen Titans Go! series. While the story is definitely suited for a younger audience, with some unsurprisingly crude humor, it will only cause an eye-roll or two. Very little to affect the smile on your face, you might even find yourself laughing at a surprisingly intricate fart or poop joke. See above. 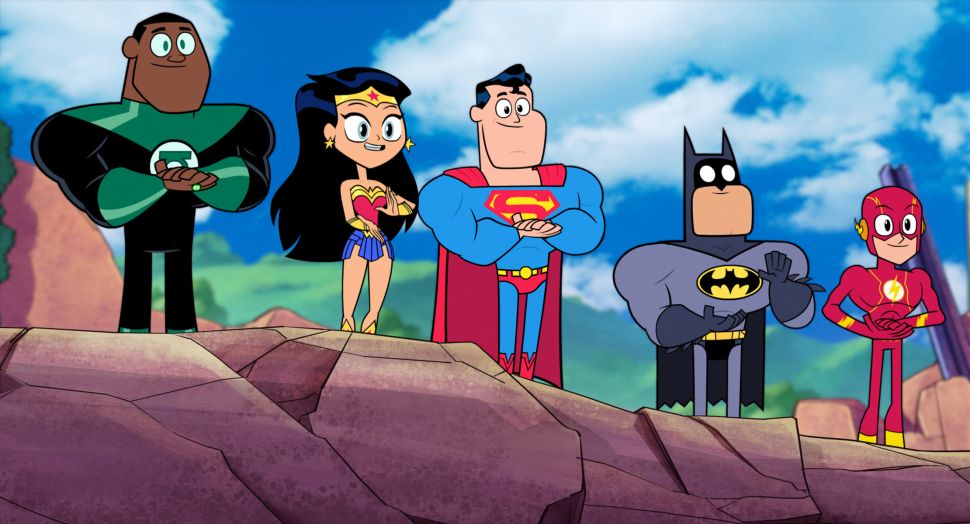 The premise behind Teen Titans Go! To The Movies is simple, even if it takes a little time to get there. Every single superhero is getting their own film. In fact, even Batman’s best friend is getting one! Robin is elated to finally hear he’s getting his own film, only to find out it’s Alfred, who’s the lucky one. The film then becomes about the team’s journey to their own film by way of becoming the superheroes fans hope they could be. While searching for their own film franchise, they end up finding the heart and soul of their team. It’s not a brand new story, but it’s one with plenty of charm and heart.

For years the Teen Titans and then Teen Titans Go! team have been delighting audiences on Cartoon Network. While this is not the serious interpretation of the original show, it’s definitely a step up from the current series. The jokes are aplenty, but Will Arnett’s Slade and a few surprise villains give our heroes a run for their money. The Teen Titans are always quick with wit and waffles, but the action is just as crisp as it ever was. Watching the team attack in all their 2D-animated glory brings back memories. A mix of the original Teen Titans show and The Powerpuff Girls. While not a lot of time is dedicated to crime-fighting, every second of it is a slurry of eye-popping color that should please anyone of any age.

“We saved room for DESSERT!” 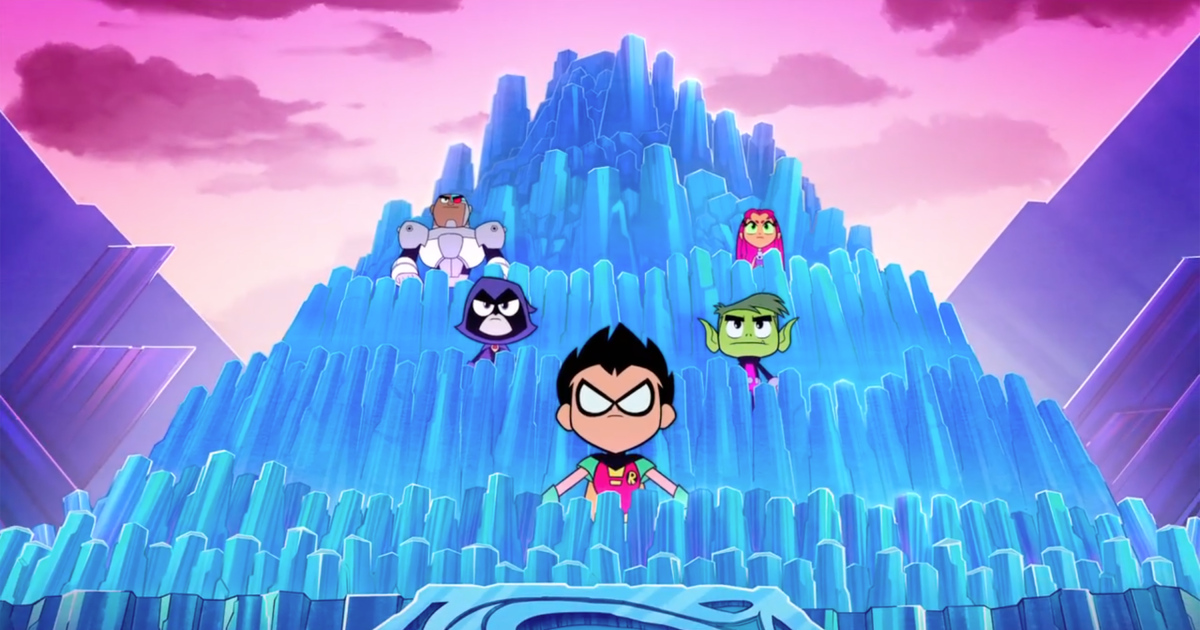 Did you ever imagine that Teen Titans Go! To The Movies would include a brilliant, 80’s referencing dance and song number featuring Michael Bolton? Well, turns out that’s just one of several musical numbers throughout the film. Songwriter and Music Producer Jared Faber rises to the occasion and works magic throughout the entire film. Just as the show makes jokes about every superhero getting their own film, it feels like every character is getting their own musical number!

The Lego Batman Movie seems to have been an important predecessor to Teen Titans Go! To The Movies. Allowing audiences to be able to see these old, antiquated, and awesome characters in a hilarious light. Some might take issue with just how ludicrous some of the story is, or how childlike some of the humor is, but the movie does star a teenage superhero team. They’re allowed to be kids. Together, they somehow still manage to save the world, all while delighting every single seat in the house.

Absolutely every single DC or 2D-animation fan wants the original Teen Titans to return for another season. There’s a very good chance that’s going to happen, so long as a few people show up for Teen Titans Go! To The Movies. At first, the projects appear strikingly similar. They star the same characters and feature the same locations and villains. But it’s the tone that separates the two stories. It’s that very tone that makes Teen Titans Go! To The Movies such a wonderful entry into the 2018 Summer.

At a time when even Marvel isn’t afraid to get serious, DC goes ahead and releases what is absolutely the most ridiculous superhero film ever. That’s right Deadpool, you’ve been outdone. That’s not to say that Teen Titans Go! To The Movies isn’t without its faults. Every second is filled with a joke or gag that’s meant to keep kids’ attention. But that’s part of the charm. The movie is joke after joke after joke. Exactly what the original series’ fans feared, but the film quickly becomes much more. It delivers a lighthearted, but action-oriented story starring and cameo’ing some of DC’s greatest characters.

Robin, Cyborg, Beast Boy, Starfire and Raven aren’t exactly your typical superheroes. They joke and mess about, spend more time playing than fighting, and are prone to some lowbrow humor. And yet that’s what makes Teen Titans Go! To The Movies so fun. An inescapably happy film that will leave you smiling long after it’s ended. It might be more for the kids, but it’s one of the most entertaining films this Summer.