The film is from executive producers David S. Gover and Greg Berlanti and is a full-length R-rated animated feature film based on the DC animated series from CW Seed. The film is directed by Doug Murphy based off a script from J.M. DeMatteis. Phil Bourassa heads Art Direction, Butch Lukic is the film’s producer. Sam Register and Sarah Schechter are the executive producers.

The movie sees Matt Ryan return to the role of John Constantine. He previously played the character in the live-action NBC television show as well as on The CW’s Arrowverse. This isn’t his first animated rodeo either, he gave voice to the character in Justice League Dark. Joining Ryan is Damian O’Hare as Chas Chandler. Laura Bailey takes on the role of Trish & Asa The Healer. Emily O’Brien is Rene Chandler, Kevin Michael Richardson is Mahonin, Jim Meskimen is Beroul, Robin Atkin Downes is Nergal, Rachel Kimsey is Angela, and Rick Wasserman is Mictlanteuchtli. 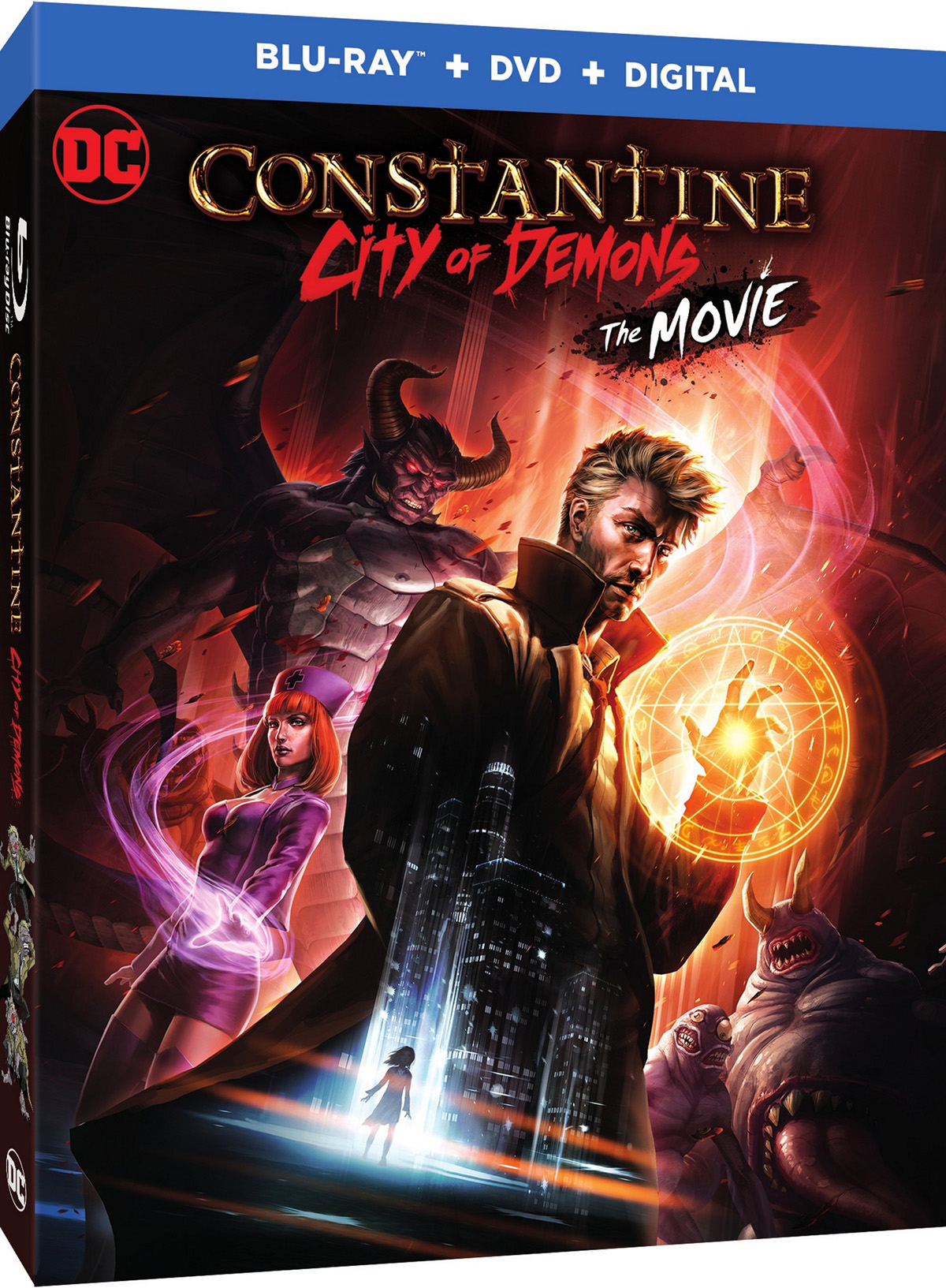 Here’s the official description of the film from Warner Bros.:

“A decade after a tragic mistake, family man Chas and occult detective John Constantine set out to cure Chas’s daughter Trish from a mysterious supernatural coma. With the help of the mysterious Nightmare Nurse, the influential Queen of Angels, and brutal Aztec God Mictlantecuhtli, the pair just might have a chance at outsmarting the demon Beroul to save Trish’s soul. In a world of shadows and dark magic, not everything is what it seems, and there’s always a price to pay. The path to redemption is never easy, and if Constantine is to succeed, he must navigate through the dark urban underbelly of Los Angeles, outwit the most cunning spawns of hell, and come face to face with arch-nemesis Nergal – all while battling his own inner demons!”